Why Does The Pentagon Keep An Anthrax Stash On Hand?

A precautionary stockpile, provided no one mails it by accident 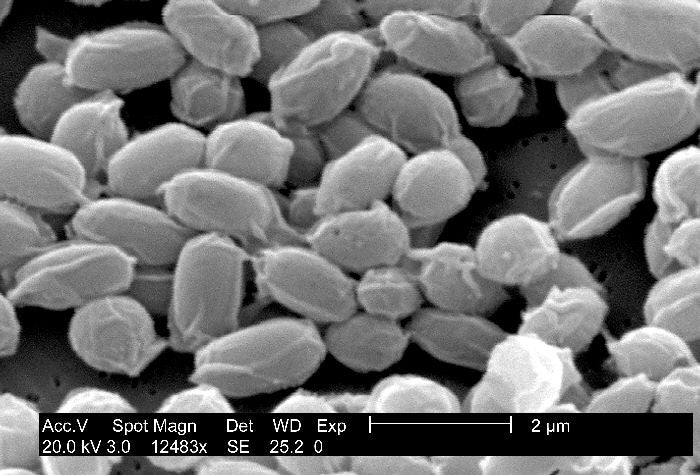 Of all the things a person could receive in the mail without warning, Anthrax is about the worst thing it could be. The spores, which can cause injury when inhaled, fit easily into letters, as the nation discovered tragically in the fall of 2001. Now, it looks like the Department of Defense accidentally mailed out live samples of anthrax spores to nine states and South Korea. Oops.

There are protocols in place for shipping anthrax between labs, but in this instance, it looks like the receiving addresses were unaware that the anthrax that was coming was alive and didn’t have the equipment on hand necessary to properly handle the spores. And the Pentagon is well aware of the dangers of anthrax; the government has vaccinated troops against the disease before deployments to battlefields where they were worried anthrax might be a risk–though administering the vaccine itself has caused adverse effects in some troops. A Government Accountability Office report from 2002 noted that, in a study of vaccine recipients from 1998-2000, over 85 percent of service members who received the vaccine suffered adverse effects. Vaccinations have since gotten better, and there’s an antitoxin available.

The specimens mailed this week came from the U.S. Army’s Dugway Proving Ground, where the Army researches “Chemical, Biological, Radiological, Nuclear and high-yield Explosives” under the clunky acronym CBRNE. As recently as April, Dugway announced the test of a “system of systems” for biological weapons detection, and it’s likely that the samples mailed out were supposed to be used to test other in-field detection systems.

Last fall, after a scare over a misplaced vial of smallpox, the White House asked government agencies to undertake a “safety stand-down,” in which labs were supposed to develop better inventory monitoring systems so that loose samples didn’t happen again.

Starting in 1941 and continuing for about 30 years, the United States actively maintained a bioweapons program geared towards attack, but since President Nixon halted the program in 1969 and the United States signed the International Biological Weapons Convention in 1972, American military research on threats like anthrax has been largely focused on how to stop them and survive them. To that end, it’d help if samples stopped getting lost in the mail.