Glasses Let The Colorblind See Pigments For The First Time 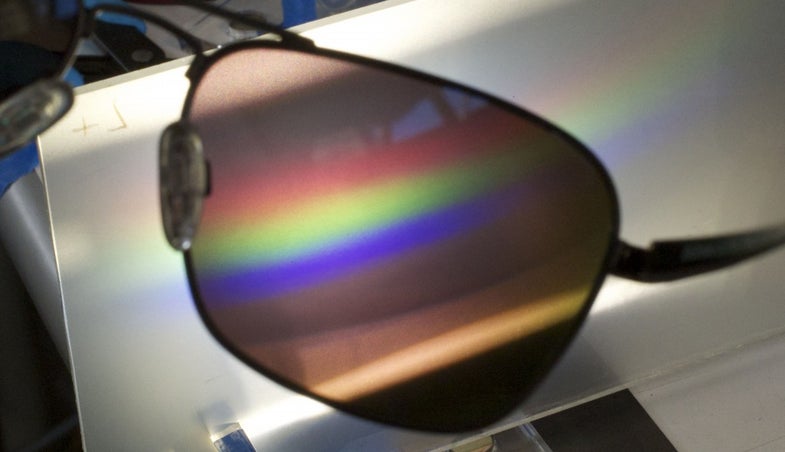 They may look like typical sunglasses, but these are making waves for people who are colorblind. Since they first went on sale in 2012, glasses from the company EnChroma Labs have allowed people to see colors as they’ve never seen them before, according to an article published this weekend in the New York Times.

You can see colors because you have receptors in you eyes called cones. If you have normal color vision, you have three sets of them that pick up red, green, and blue pigments. Most people who are colorblind have trouble distinguishing red and green because their cones pick up colors with spectra that overlap. Usually everything else in the visual system—the wiring that connects the retina (where the cones are found) to the brain, the brain itself—is intact, so EnChroma or similar glasses just have to change how the color is perceived. 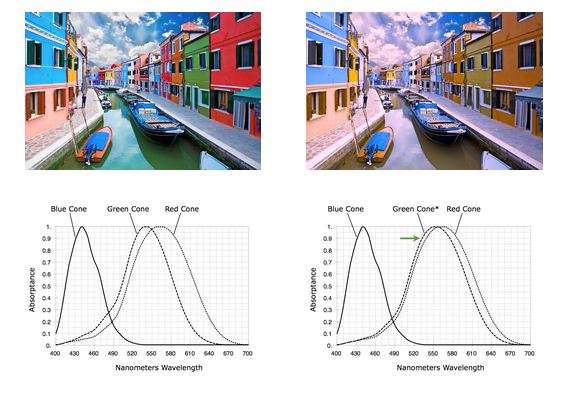 Left, how a person with color vision would see Venice, with their visual spectra below. Right, how a colorblind person would see it, with visual spectra. Note the spectral overlap where the arrow points on the right.

The EnChroma glasses were initially designed to protect surgeons’ eyes from lasers during procedures, but now the company primarily markets them to people who are colorblind. The glasses contain a filter that absorbs light where the spectra overlap the most, effectively pushing a wedge between the frequencies of light that the two cones pick up. The result is a “color boost” that allows a colorblind person to distinguish the colors more clearly. Thousands of people have posted videos online of them putting on the glasses and seeing colors for the first time, following suit of a paint advertisement for which EnChroma was a partner. 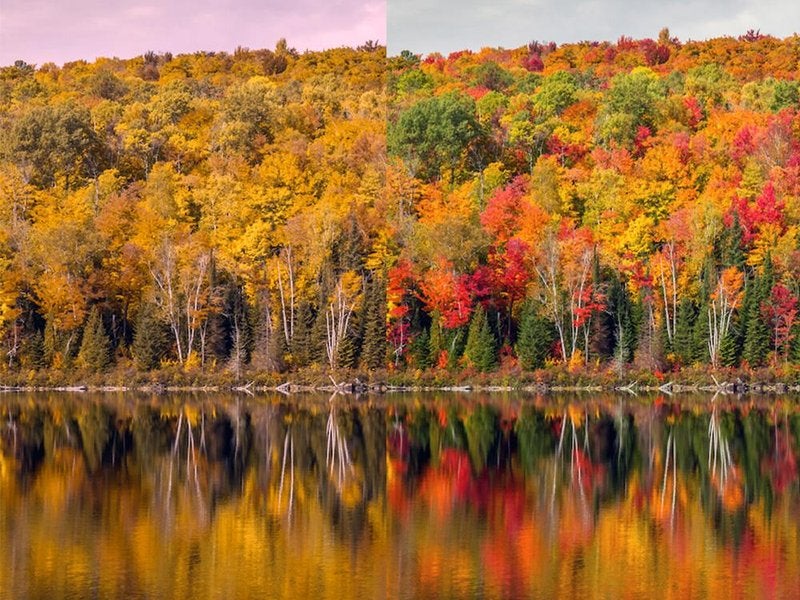 Left, what a colorblind person would see. Right, what they would see with EnChroma glasses.