Here's what that upgrade will get you. 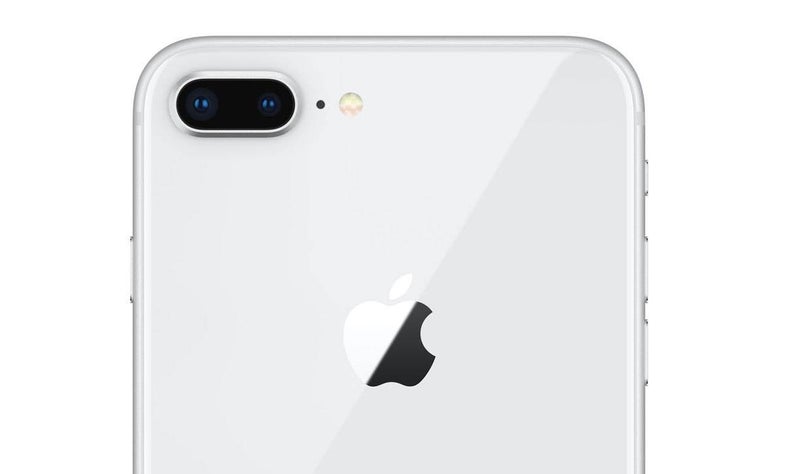 A glut of iPhone 8 and 8 Plus reviews are no doubt hitting your social media streams right now, and it’s hard to keep track of all those opinions. While talking about design, experience, and “feel,” are important, the key question remains: What does this phone let you do that your old phone didn’t? Here’s what you’re missing out on by sticking with your older hardware.

The iPhone 8 series phones have glass backs once again (like the iPhone4!), and underneath that smooth skin are the guts it takes to charge wirelessly. Apple uses the Qi platform, which should seem familiar to pretty much anyone who has ever used wireless charging on anything, including Android phones. This works great when you’re sleeping and the phone is sitting on your bedside table, but since the device has to sit on the pad the whole time, you can’t use your phone in a normal way. It’s useful in the car, but it’s worth noting that it won’t work with CarPlay right now (unless you have a specific BMW), which will continue to be the case until more vehicles become compatible. So, don’t throw away that Lightning cable in your car just yet.

If you’re using a current generation iPhone, you’re using Bluetooth 4, which was a considerable step forward thanks to its reduced power usage. The iPhone 8 series moves up to Bluetooth 5, which promises a more reliable and efficient connection, especially when it comes to smart home gadgets. The drawback, however, is that there really aren’t any compatible Bluetooth 5 gadgets to pair it with just yet. The phone will still work fine with legacy Bluetooth products of course, but this is a feature that won’t pay off for a while.

The charger that comes with the iPhone 8 is the same white 5W brick it has always been. But if you have access to a higher-powered charger like the one from an iPad Pro or even a USB-C MacBook, you can now juice up your phone more rapidly. It’s unclear if this will affect overall battery life and durability (rapid charging has historically had a negative effect on batteries), but it’s great if you need to power up quickly. Reports have found you can get roughly 50 percent battery charge in about 30 minutes if you use a 29W USB-C charger for a MacBook Pro on the iPhone 8.

The cameras inside the iPhone 8 and 8 Plus have been upgraded, and Apple has announced some small hardware tweaks, but those changes are manifested primarily as a spec bump in video capture. You can now grab 240 fps slow-motion video at full HD (1080p), whereas the iPhone 7 could only manage 720p. The 8 and 8 Plus also shoot 4K video at 60p, which requires it to move and process a lot of pixels, which is possible thanks to the speed increase that comes from upgrades like the new A11 Bionic processor. In short: The camera is faster when shooting video.

Apple first introduced Portrait Mode last year alongside the iPhone 7 Plus’ dual-camera system. The added depth effect did a lot to make iPhone photos look like they could have been taken with a DSLR, or at least a camera with a bigger imaging sensor. Now, the company has added another feature called Portrait Lighting Effects, which are supposed to make a human subject look like they were lit in a controlled situation.

I’m a real photo and lighting snob, and so far I haven’t been impressed by the results I’ve seen in demos and in photos shared online. The phone is manipulating existing image data to move highlights around the face, and it has a tendency to make the brighter areas look harsh. The Theater lighting mode drops the background to black and cranks up the drama on the facial lighting, which will surely be popular, but also needs polish. This effect is still in beta, so it can be forgiven for some early ugliness, but it has a long way to go.

Get more color out of the screen

While its screen is basically the same as the 7’s on paper, the iPhone 8 does have the TrueTone tech from the iPad Pro built-in. It adjusts the white balance of the screen to look more accurate and neutral according to ambient light. The iPhone 8 is also compatible with HDR technology currently rolling out on platforms like Netflix and Amazon. So, some content will look better, even though the iPhone 8 didn’t get the OLED upgrade treatment like the flagship iPhone X.

And, well, that’s most of it. There are a few other hardware differences, but most of the tangible changes come as a result of an update to iOS 11. The processor has gotten a considerable bump, but that likely won’t affect your overall experience much unless you’re upgrading from a much older phone, or you do a ton of the cool new augmented reality kit stuff that comes with ARKit (which will be available on older phones, too).

The iOS 11 update is out now. So if you’re thinking about upgrading to a new phone, download the software upgrade to your current device first. You’ll get a glut of new features you didn’t have yesterday—including ARKit, the new Control Center, the updated Siri voice, and a redesigned App Store that’s much easier to browse—without comitting to new hardware.