Your photos just had a massive change with iOS 11. Here’s what happened

If you've updated your phone, you're already shooting HEIF files instead of JPEGs. 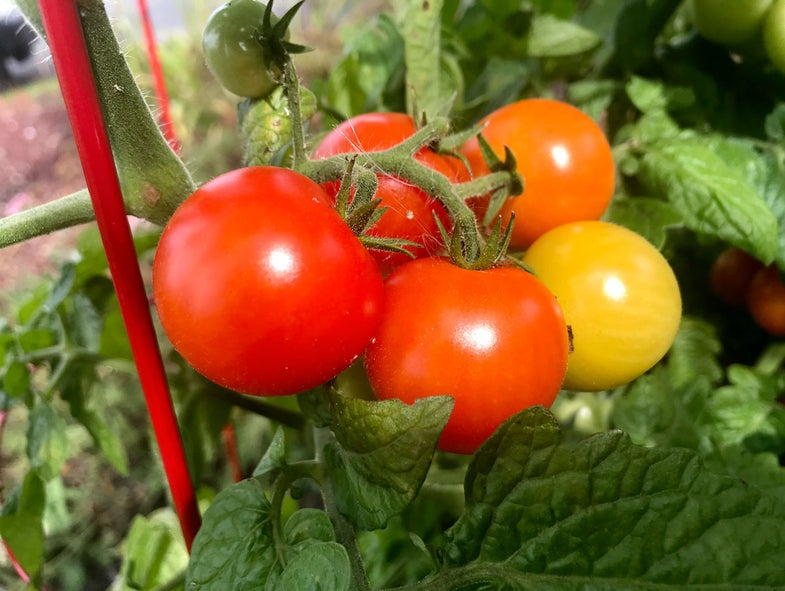 At its developers’ conference earlier this year, Apple announced that it would be switching over to a high-efficiency photo format with the release of its next operating system. HEIF promises the same quality images—or sometimes even better—in much smaller files along with some other upgrades. Now, iOS 11 is out in the wild and if you’ve updated, you’re already using the new format by default. What does that mean for your photos? Here’s a breakdown to help sort through the jargon.

How do you pronounce HEIF anyway?

Let’s get this out of the way before we end up with another GIF situation. Experts we have talked to on background pronounce HEIF to rhyme with “beef.” No, that doesn’t jibe with the typical “I before E” rule, but let’s just pick one and stick with it for now and never speak of it again.

The High-Efficiency Image File format is basically a container that stores image data so it can be read and displayed across different devices and software. The current default is the familiar JPEG format, which has been around since technology’s Jurassic period, 1992. HEIF was developed by the Motion Picture Experts Group, just like JPEG, but claims to cut the average image file size by about 50 percent. The picture of the tomatoes above, for instance, takes up 1.2 MB in typical JPEG format, but just 891 KB as an HEIF file. These files have a lot of vibrant colors, which typically push up required storage across the board.

Beyond the space saving, HEIF also offers other benefits, most of which stem from its flexibility. Unlike JPEG, HEIF can store multiple images (and even audio) in a single file, which is useful for saving things like photo bursts. This is also helpful if you have stereoscopic images for 3D pictures or Live photos that combine both video and photos. If you take several photos at different exposures or focus points (techniques typically referred to as bracketing and focus stacking, respectively), they can all be stashed in a single file as well.

The ability to include metadata is also helpful because it allows for helpful features like storing depth information (like Apple’s Portrait Mode photos), and even a history of edits so you can go back and re-edit a photo you may have cropped during a previous touch-up.

Are there any compatibility issues because of the switch?

Compatibility is almost always an issue with switches like this, and while Apple has tried its best to make the transition seamless, there are exceptions. The biggest issue at the moment is that Microsoft’s Windows 10 operating system doesn’t natively support the HEIF files that the camera spits out. There are conversion tools out there, but that extra step is tedious. Even Apple’s own operating system requires users to be on the High Sierra version of the macOS in order to get native HEIF support, so right now, your Mac will automatically convert to JPEG until the OS update.

But, Apple has gotten ahead of some of the expected compatibility problems. So, if you attempt to share a .HEIC file with an app or device that doesn’t support it, iOS 11 will convert the file into a JPEG that it can read. I was able to open the files without a hiccup in VSCO and Filmborn, which are two of the image editing apps I use most often. You can’t, however, open the files in Photoshop without conversion if you prefer to edit your images in a more serious way.

I use Google Photos to automatically backup the photos I take with my smartphone and it grabbed, read, and displayed the HEIF files natively without an issue as well.

The switch is optional

Good news: Using the new file formats is enabled by default in iOS 11, but can be turned off at any time, at least for now. Apple may eventually make the switch mandatory, but if you want to stick to the old method, you can open the camera settings, select “Formats,” and select “Most Compatible,” instead of “High Efficiency.” It’s also worth noting that iOS 11 isn’t going to go back through your camera roll and convert your old photos, only the new images you take after the update will use HEIF.

What does this mean for image quality?

Any time you mention the word “compression” around photography and videography nerds, it sparks nightmares of ugly image artifacts and unsightly bands of color in blue skies that should be nice and even. HEIF, however, should actually improve the quality of the images. Part of that comes from color depth. The iPhone’s camera is capable of capturing images in 10-bit color, while JPEG can only display 8-bit color. To oversimplify it, 10-bit will give you a billion colors, while 8-bit only offers roughly 16 million. HEIF, on the other hand, is compatible with up to 16-bit color, so it can technically handle the full capabilities of the iPhone camera.

In terms of actual compression, head-to-head comparisons are somewhat tricky and often subjective. Unless you really blow up the image beyond its 100 percent pixel view, it’s likely that you’ll barely see any difference at all, though the colors may shift slightly. Apple is doing a lot of processing work on the backend to make these files look good, so the variables go way beyond the actual storage format.

You’ll notice that video files now you the HEVC format, which will give you a similar reduction in image size. That will come in handy for shooting 4K video at 60 fps with the iPhone 8 and iPhone X. Beyond the size of the files, however, you shouldn’t notice much of a change.

Will HEIF stick around?

We’re going to have to wait and see on the answer to this one. Right now, Apple is by far the biggest proponent of the HEIF format. The company claims that its users are shooting a trillion photos every year on its devices, and that number is only growing. HEIF is well-positioned to stick around, especially as computational photography is on the rise. As cameras perform more complex tricks like combining images, the extra file flexibility becomes increasingly valuable.

Right now, Android and Microsoft don’t natively support HEIF files, which is a roadblock, and it’s unclear if that will change in the near future. But, if you’re backing up your files in the cloud to a service like Google Photos, it seems extremely unlikely that you’ll be stuck unable to get your photos because of a dead format.

For now, enjoy the space savings on your devices—especially when you shoot things like 4K video—and be sure to keep things backed up for the future.