Make sure you call it iPhone "ten." 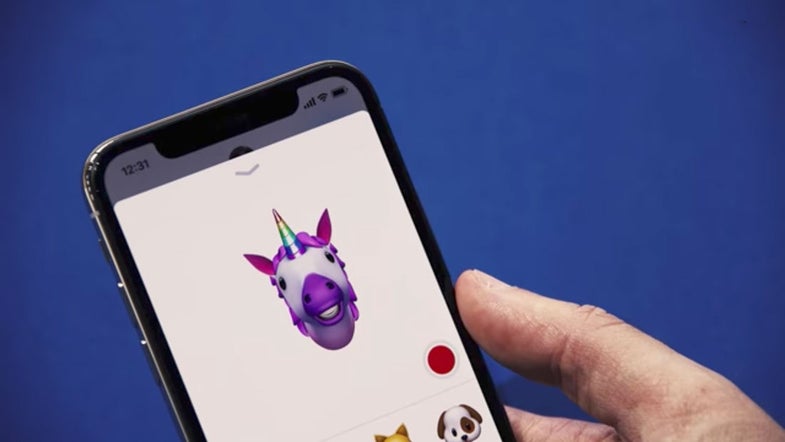 Like the iPhone 8 and 8 Plus, the new iPhone X is powered by Apple’s A11 Bionic chip, has the same operating system, and supports wireless charging. So what makes the X different?

The first thing you’ll notice is that it looks unique. It’s a stainless steel frame and all screen, with little borders at the edges and a notch at the top. What that means is that the screen is about the same size as the iPhone 8 Plus’s, but the overall device is actually smaller—so you get less of that smartphone pocket bulge.

As for that screen, it’s an OLED display, which is a first for an iPhone. OLEDs are known for having really dark blacks, being thinner, and using less power. That’s something to think about while you binge watch Netflix on it, or just enjoy some sweet NASA videos.

Also, there’s no home button! …OK, relax, don’t panic. Instead of clicking on a circular button to go to the home screen—like we’ve all been doing since the dawn of time—there are some new gestures to learn—like swiping up from the bottom to go home, for that authentic Minority Report feel.

And because there’s no home button, you can’t unlock it with your fingerprint. But, you can use your face! Only with the X, Apple has introduced a new biometric security feature called FaceID, and it works using a suite of sensors at the top of the phone—you know, Mission Impossible stuff like an infrared camera and infrared dot projector.

You teach the phone to get to know your face by moving it around in little circles. After that, you unlock it just by looking at it. Apple is using an artificial intelligence tool called neural networks to power this feature, and when it sees your face, the device is comparing it to the model it already has on file.

There’s other new stuff, too. You can now shoot portrait mode photographs with the selfie camera, which blurs the background of your photos. You can even partake of some “portrait lighting” effects. Use them at your own risk.

One more thing. The same technology that powers the face unlock system also let Apple create something else, called Animojis. It looks at your facial expressions and muscle movement, and then embodies you in the moving image of a cartoon animal like a dog, cat, pig, monkey… or even a poop emoji, for those days when you’re feeling kinda crappy.