In The Future, Your Microwave Oven Could Be Small Enough To Travel

Bring your own microwave 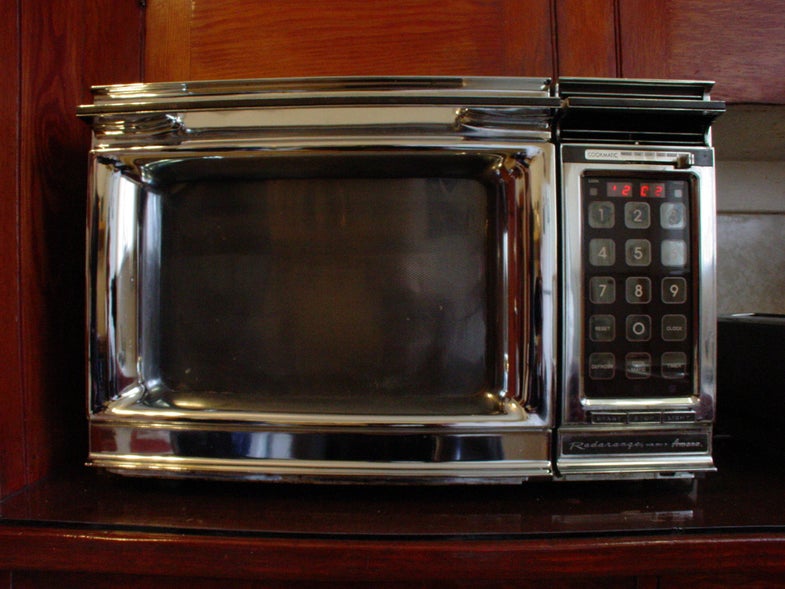 Percy Spencer, an engineer at Raytheon after his WWI stint in the Navy, was known as an electronics genius. In 1945, Spencer was fiddling with a microwave-emitting magnetron—used in the guts of radar arrays—when he felt a strange sensation in his pants. A sizzling, even. Spencer paused and found that a chocolate bar in his pocket had started to melt. Figuring that the microwave radiation of the magnetron was to blame (or to credit, as it would turn out), Spencer immediately set out to realize the culinary potential at work. The end result was the microwave oven—savior of eager snackers and single dudes worldwide. jmv
SHARE

While they’re much more compact than a conventional oven, microwave ovens can still be rather bulky and heavy. That’s because they are powered with a cavity magnetron. That sounds like some sort of futuristic technology, but it’s actually a type of vacuum tube that was developed during World War II. But those big and bulky ones could one day be a thing of the past. New Scientist reports that there’s a newer method for creating microwaves that could lead to a smaller, more efficient microwave oven.

The technology is a laterally diffused metal oxide semiconductor, which is something you can find in cell phone towers, for example. But it needed at least a few modifications to turn it into a viable technology for something you’d keep on your kitchen counter.

And that’s perhaps another exciting element of this new microwave oven technology—you don’t need to keep it on a counter. In fact, one microwave oven, called Adventurer, which was crowdfunded in 2014, is basically like a large thermos that you can carry around with you. At just a bit more than three pounds, it wouldn’t likely strain your back. Though, it currently would drain a battery at least twice before finishing your meal, so it’s still in more of an experimental stage.

You can read more about a future of more efficient microwave ovens at New Scientist.