CES 2022: The weirdest, coolest, and most interesting gadgets

The 2022 Consumer Electronics Show brought a ton of new gadgets and tech into the world. 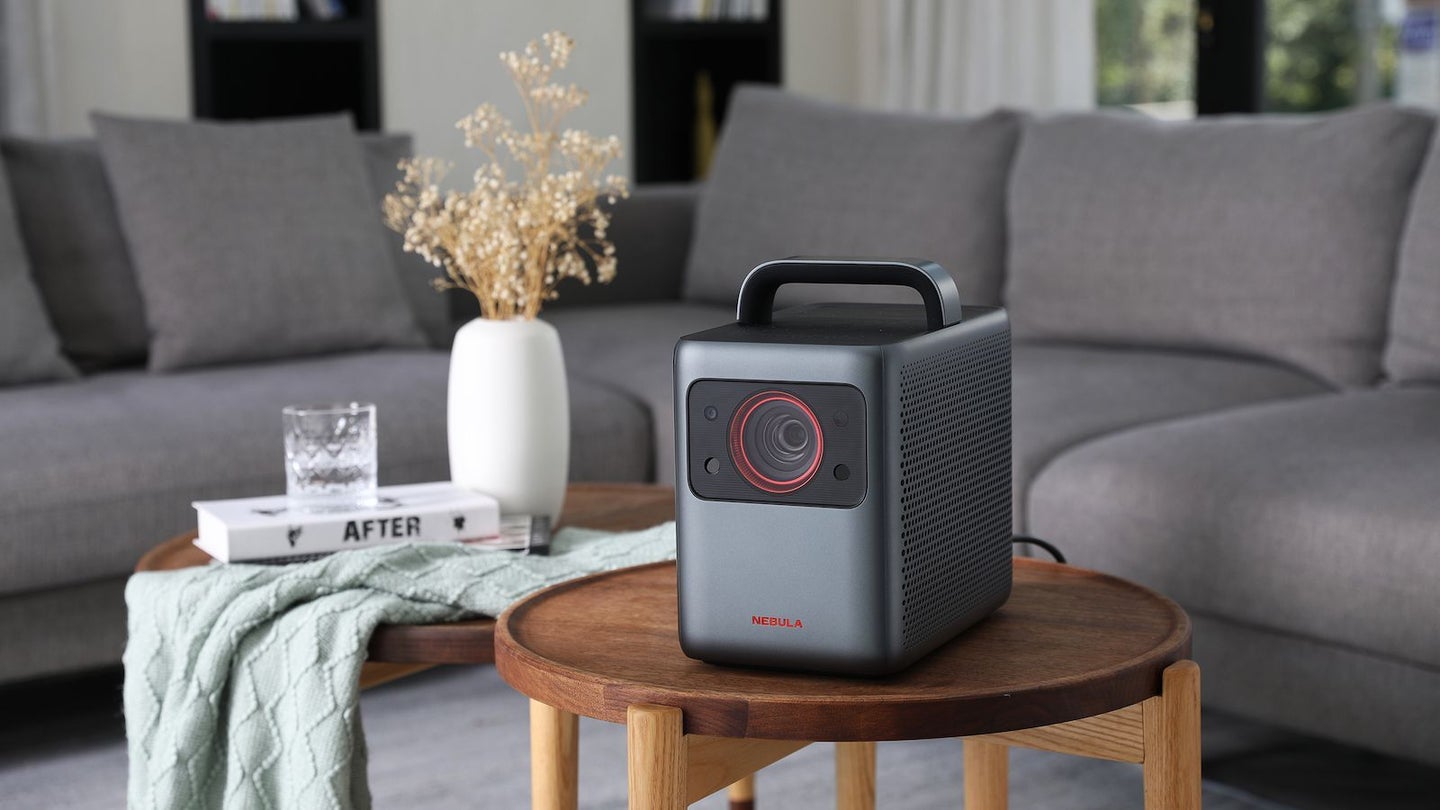 Every year, the Consumer Electronics Show spews a tidal wave of new gadgets into the world. And while Covid caused many huge manufacturers to opt out of physically attending this year’s convention, that didn’t slow the parade of announcements. We have spent the week watching press conferences, digging through releases, and basking in the abundance of new tech to create this list of the most interesting new products. Some of them will hit the market this year, while others are concepts or prototypes designed to show off potential future innovations. One is also a bathtub.

While not quite reheating-fish-in-the-microwave egregious, using speakers in an open office is rather gauche. For those of us who need personal sound, but find headphones uncomfortable, the Noveto N1 smart speaker projects ultrasonic audible pockets to your ears, letting you listen, sans headset, to music, calls, or podcasts. According to Noveto, these “invisible headphones” are 90-percent (20dB) undetectable from 1 meter (3 ft) away. It’s a concept that perks up my ears … or doesn’t, I guess, if I’m not the one in front of it. –Tony Ware, Associate Commerce Editor

Why it’s cool: A car that changes color thanks to E Ink

You’re probably already familiar with E Ink technology in devices like Amazon’s Kindle e-readers, but BMW has wrapped an entire concept SUV with it to create a paint job that changes between white and black at the touch of a button. It’s undeniably flashy, but BMW claims tech like this could have practical efficiency implications down the road. The black surface absorbs heat from the sun during the cold winter months, while the white surface could reflect it during the summer. –Stan Horaczek, Senior Gear Editor

Why it’s cool: Carry a 150-inch theater experience in one hand.

Lasers are cool. We like both the pew-pew and projection types. You know what’s even cooler, though? Being able to take a 4K laser projector with you when you visit friends and family. That’s what the New Nebula Cosmos Laser 4K offers, packing a laser phosphor light source, 2,400 ANSI lumens of brightness, dual 10-watt speakers, and Android TV 10 into an easily transportable long-throw projector—just add AC power, and hand over $2,199 come spring. – TW

We knew they wouldn’t stop with folding phones. But the Asus Zenbook 17 Fold is a giant, 17.3-inch foldable tablet with a 2560 x 1920p 4:3 ratio OLED display. Really, it’s a foldable laptop: You can use the bottom half of the screen as a keyboard and trackpad. That said, it also comes with a detachable keyboard and trackpad. It’s amazing and I have no idea what I would do with it, but I still desperately want to try it. –Mike Epstein, Reviews Editor

Organic light-emitting diode (OLED) panels still sit at the top of the TV display food chain, but they’re not perfect. They aren’t always as bright as some alternatives and the viewing experience can suffer if you’re not sitting straight on. Sony’s new QD-OLED integrates quantum dots (hence the “QD” in the name), which emit light to illuminate the picture. The resulting tech mixes the renowned contrast from typical OLED TVs with the brightness and improved off-angle viewing typically associated with QLED. –SH

Made-to-order PC builder CyberPower made a big impression with its new Kinetic Series gaming desktops, which feature an incredible “breathing” case, which features 18 vents that open and close to let air in and out. I like how most gaming PCs look, but they rarely “wow” me. This one will make you see stars. –ME

Why it’s cool: Games? At CES? Since When?

In a world where E3 exists, we really don’t hear a lot about actual video games at CES. So color me shocked and delighted when Sony teased the first game for the PlayStation VR 2, Horizon Call of the Mountain, during Sony’s CES keynote. A spinoff of Horizon Zero Dawn and upcoming sequel of Horizon Forbidden West, the Call of the Mountain trailer is our first taste of next-gen VR. –ME

Why it’s cool: The whole door is smart

Instead of making your front door smarter, why not just buy a smart door? The Masonite M-Pwr door has a Ring video doorbell and Yale smart lock built in, along with other sensors, to integrate a little smart home magic into the home, rather than adding it after the fact. –ME

To me, the phrase “smart light” suggests a very specific set of features, including customizable RGB lighting and the ability to turn them on and off remotely using an app. Sengled, a longtime maker of smart lights, has a new bulb that goes well beyond that. The Sengled Health Monitoring Smart Light can track biometric data, including your heart rate and info about how you sleep, via Frequency-Modulated Continuous Wave radar. If your lights can take your temperature, who knows what else your house will be able to do a few years from now? –ME

Razer makes waves every year by showing off a couple of “concept” products, in addition to its new gaming laptops and gear. This year’s standout is “Project Sophia,” a futuristic gaming desk that doubles as the centerpiece of a powerful, modular gaming PC. Upgrade the components, bolt on a monitor, add whatever you need. Project Sophia turns a PC gaming “setup” into a single device, which is truly wild. –ME

Why it’s cool: You’re going to need a longer playlist, but not a bigger boat.

A collaboration between Swedish company Exeger and Dutch startup Mayht, this prototype is the definition of less is more. Combining Exeger’s Powerfoyle—a moldable material that generates energy from both natural (sunlight) and ambient (indoor) light—with Mahyt’s dual-membrane HeartMotion driver technology, the highly energy-efficient speakers offer an infinite runtime and a full-range sound with a smaller footprint. Anything that lets me leave some kind of cable behind is a win, especially if it’s got the promised kick. –TW

Even with the best gaming headsets, I always wish the batteries would last just a bit longer. The new HyperX Cloud Alpha Wireless headset lasts up to 300 hours on a single charge, more than 10 times what I would normally describe as great battery life in a headset review. So … problem solved, I guess? – ME

This stand-alone smart bathtub enhances your soak sessions with a bevy of spa-grade relaxation features. It emits a calming mist that carries wafts of diffused essential oils to create a pleasant smell. Colored LED lights line the structure to give the experience of bathing in a giant, chill gaming PC case. The Stillness tub can take advantage of Kohler’s SmartFill tech, which fills the tub with the exact right amount of water at the preferred temperature with a simple command via voice or from a companion smartphone app. –SH

Why it’s cool: The TV remote is powered by your Wi-Fi.

Samsung announced the first version of its Eco Remote at last year’s CES. A small solar panel on the back of the device allowed it to stay charged almost indefinitely without the need for disposable batteries. This year, Samsung upgraded that panel so it can now pull in light as well as the invisible radio waves emanating from a home’s Wi-Fi network. This year’s model will also include a white colorway to go with the traditional black model. –SH

Why it’s cool: Because stainless steel fridges are so old hat.

Samsung’s “Bespoke” program, which allows you to order customized devices ranging from phones to appliances, has been available for a couple of years. At CES 2022, the company greatly expanded the number of appliances that can be customized and added a wider range of colors to choose from. You can now buy a matching set of kitchen appliances, including a microwave, french door refrigerator, oven, and dishwasher, in navy blue, clementine, and emerald green. Truly, it has never been a better time to be an interior designer. –ME

This 8.4-inch touchscreen display acts as a central command center for every part of a smart home. It employs Samsung’s SmartThings platform to unify an entire home full of connected devices from smart appliances and lighting, to more complex systems like air purifiers. The device learns your family’s routines and patterns in an effort to try and streamline everything from meal preparation to essential home maintenance tasks. It seems like a great option if you’re willing to commit to the SmartThings platform. – SH