Ebola hasn’t been cured yet, but two experimental drugs are showing significant progress

“It’s premature to say that this is a curative treatment. We should be optimistic, but not overstate.” 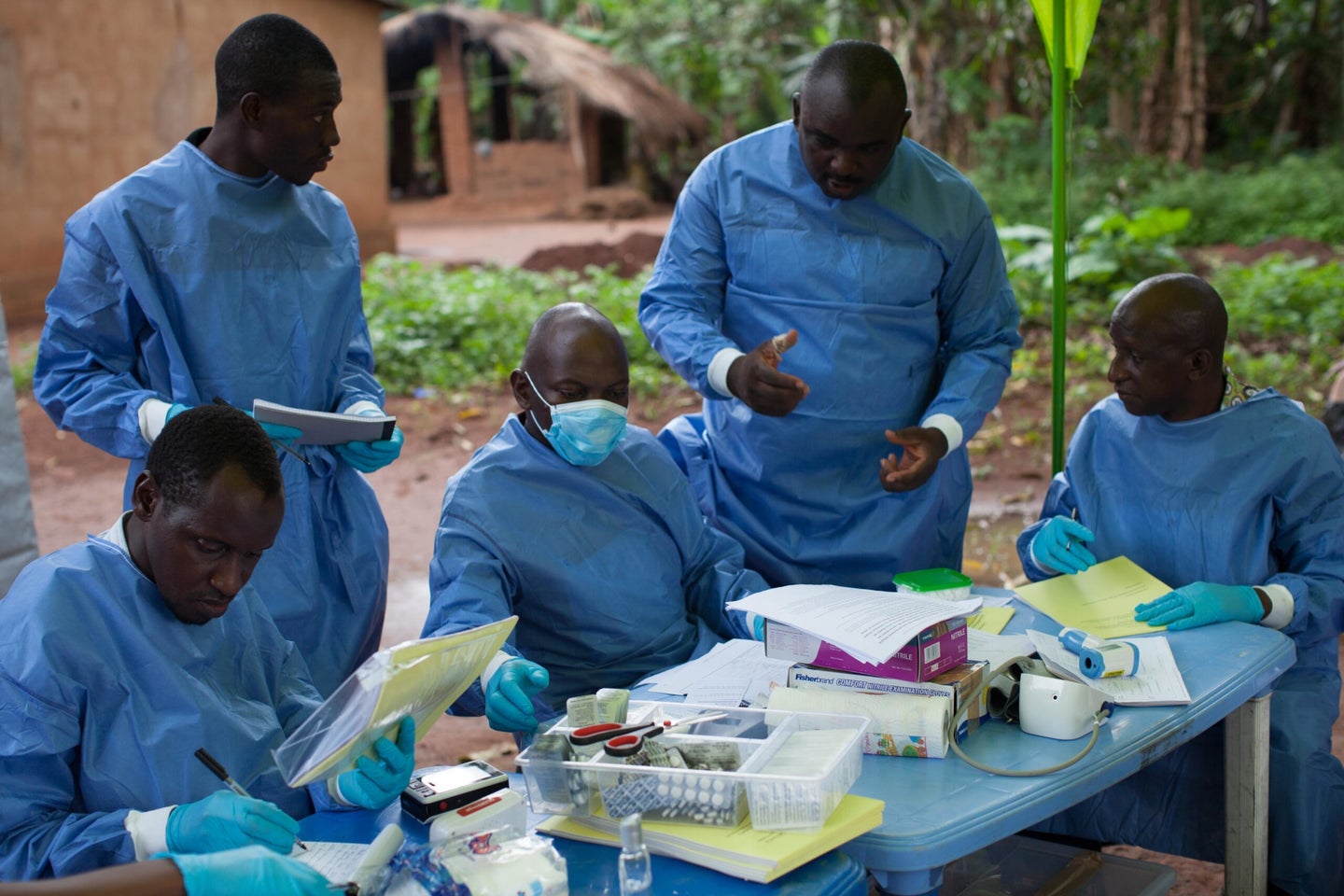 Two experimental treatments significantly improve survival rates from Ebola, according to preliminary data reported this week from a clinical trial testing the drug in the Democratic Republic of Congo, where an Ebola outbreak is ongoing.

If patients received either of the two drugs early in their disease progression, risk of death dropped to around 10 percent. Overall, only around 30 percent of the patients taking the two drugs died. The fatality rate for the ongoing outbreak with the standard care is around 67 percent.

The findings represent a significant step forward, says Jason Kindrachuk, an Ebola researcher and assistant professor of viral pathogenesis in the department of medical microbiology at the University of Manitoba in Canada. “In the last outbreak, we didn’t really have anything in our arsenal we felt confident in. This is a major breakthrough.”

In addition, that researchers were able to conduct a well-designed trial in the midst of a disease outbreak was its own success. During the 2014 Ebola outbreak, the scientific community struggled to identify the best, most ethically sound way to use—and collect data on—experimental drugs. In the aftermath, the World Health Organization developed a framework called the Monitored Emergency Use of Unregistered Interventions, which set out criteria for experimental drug use during active outbreaks. This trial was the first to put this protocol into practice.

“It’s a proof of concept that this framework can be applied during an Ebola outbreak, and patients can be ethically treated while we collect data that can make a real difference in the future,” says Julie Fisher, associate research professor in the department of microbiology and member of the Center for Global Health Science and Security at Georgetown University Medical Center. “That we can do this in a way that is scientifically sound—that is a real step forward for research during outbreaks.”

The clinical trial compared three drugs to ZMapp, an experimental treatment that was introduced in the 2014 Ebola outbreak and seemed promising, but wasn’t proven to be effective due to limited data collection. An analysis of 499 patients found that two of the drugs—REGN-EB3 (developed by Regeneron Pharmaceuticals) and mAb114 (developed by the National Institute of Allergy and Infectious Diseases)—improved survival rates more than ZMapp and a fourth drug. The clinical trial will continue with REGN-EB3 and mAb114, and the other two drugs will be dropped.

Both successful drugs are antibody treatments, which means they bind to a particular protein on the surface of the Ebola virus and prevent it from infecting cells in the body. “I think what we’re seeing is that these neutralizing antibodies work quite well,” Kindrachuk says.

However, there are important caveats to the successful results seen in the trial. “It’s premature to say that this is a curative treatment,” Fisher says. “We should be optimistic, but not overstate.”

Both drugs were most effective in situations where patients came to the clinic early on in their disease, and who had low levels of the virus in their blood. But medical staff working in outbreak areas have found it difficult to get people into clinics that quickly. Lack of knowledge about the disease and low trust in medical professionals is still a significant barrier. “When I was back in Sierra Leone about a month ago, people were asking how to prove that Ebola is real,” Kindrachuk says. “That’s the perspective we’re still dealing with.”

Most people do not show up to clinics with low levels of the virus, Fisher says. While the results of the trial are good news, she says, rolling the drug out has to be coupled with improved disease surveillance and community trust. “We need to be able to have people cooperate with health authorities, and trust that they can report at the first signs of disease for screening and treatment,” she says. “Combined with that, the drugs are promising tools. Without any other changes, they’re not going to stop the epidemic by themselves.”

Researchers will have to follow patients who are treated with the new drugs, as well. It’s still not clear if the Ebola virus persists in hidden parts of patients’ bodies, even after they look healthy, Kindrachuk says. In Ebola survivors, the virus can linger in the testes, central nervous system, and eyes long after it is gone from the rest of the body. “These are pressing questions,” he says, and probably need to be addressed through tests around the treatment delivery method and timing. Those questions are hard to answer, though, because bringing patients back in for follow-up tests and sample collection is challenging in developing countries. “We’ll probably have to rely more on animal data,” he says.

Kindrachuk also stresses that having a promising drug does not mean Ebola deserves any less attention, or that there shouldn’t be investment in aid. “My concern is always if the response will be to take away from public interest in creating healthcare infrastructure,” he says. “These drugs have a massive benefit, but we’re still reliant on proper infrastructure to supply them to people.”