Can you really take one pill a day to prevent HIV? 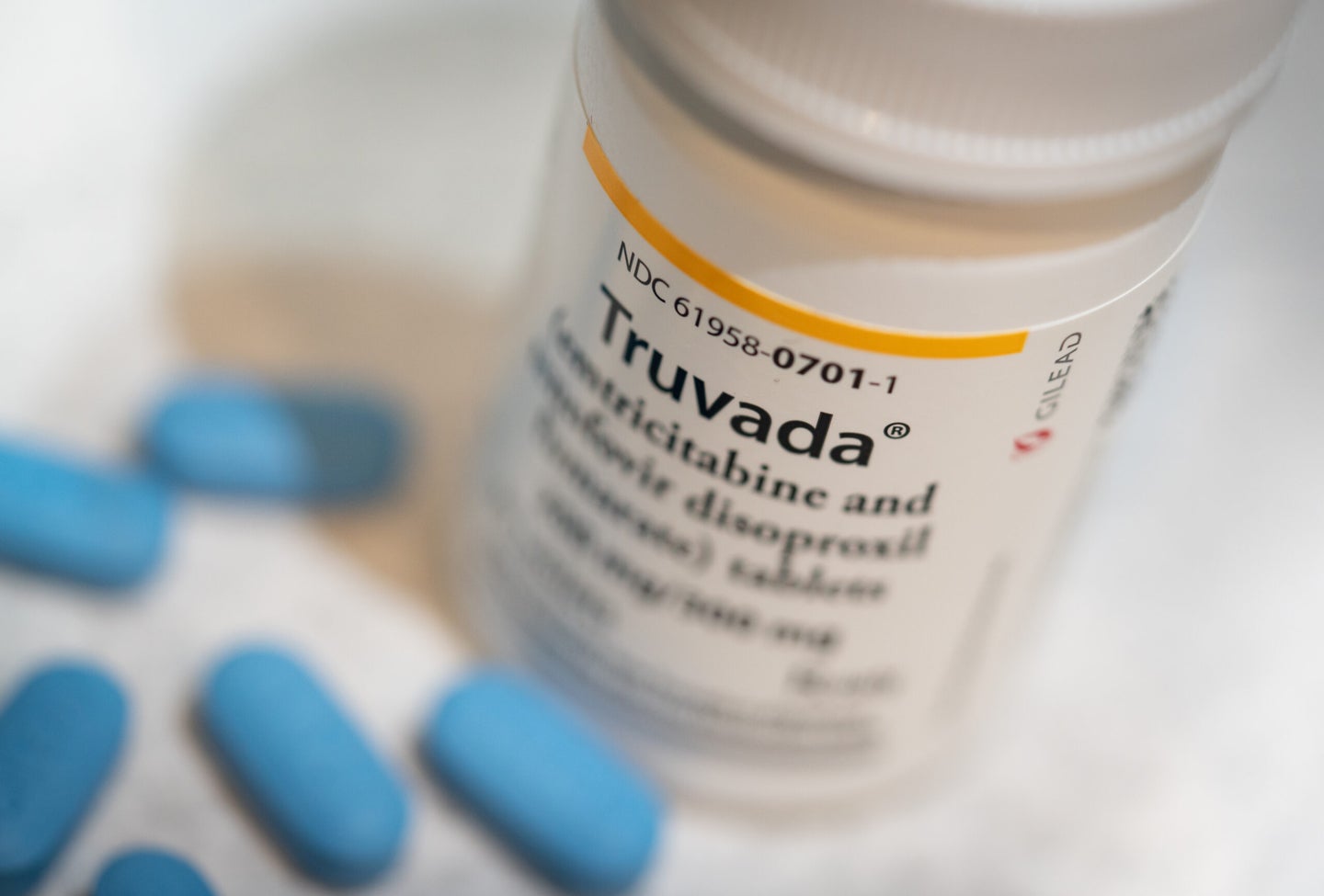 Descovy and Truvada are two of the safest and most effective measures to prevent the spread of HIV in at-risk populations.
SHARE

In October, the Food and Drug Administration approved Descovy as the second HIV-prevention medication available in the U.S., six years after approving Truvada for the same purpose. Both drugs, produced by Gilead Sciences, originally functioned as treatments for patients who had already contracted the virus. Now, they’re two of the safest and most effective measures to prevent the spread of HIV in at-risk populations like men who have sex with men and people who inject drugs. But how do these medicines work, and what’s the risk involved with taking them?

HIV is so insidious because it targets a type of white blood cell called CD4, which would normally be the first line of defense against infections. The virus hijacks these immune cells and turns them into tiny factories, producing more copies of itself, which then infect other immune cells. As the virus spreads, a person’s CD4 count plummets, leaving them prone to opportunistic infections (like Kaposi’s sarcoma, which is caused by a type of herpes virus and pneumocystis pneumonia) that a healthy immune system would easily quash.

The virus brings along a toolkit for immune system domination: An RNA strand (a copy of the virus’ genetic material) and an enzyme that assembles DNA. This enzyme is key. It grabs up the cell’s existing nucleotides (the building blocks of DNA) and arranges them into a double helix according to the virus’ RNA’s blueprint. The virus then inserts this strand into the cell’s nucleus, forcing it to perpetually produce more HIV copies until it eventually dies.

Enter the HIV prevention drugs, classified as pre-exposure prophylaxis, or PrEP. Though two differently named drugs exist, they have the same basic mechanisms, says Craig Hendrix, director of the Division of Clinical Pharmacology at the Johns Hopkins University School of Medicine. Taken once a day, a Truvada pill is a cocktail of two medications: emtricitabine (FTC) and tenofovir disoproxil fumarate (TDF), both of which are enzyme inhibitors (molecules that bind to an enzyme to lower its activity) disguised as nucleotides and specifically designed to bind to the HIV enzyme. Individuals most at risk of contracting HIV usually take the nearly $2,000-a-month pill forever—or as long as they want to protect themselves from the virus.

Once absorbed by the digestive system, FTC and TDF make their way to the bloodstream and other hotspots of CD4 cells (particularly the rectum and cervix). Because of their molecular architecture, these specific drugs can enter mostly CD4 cells without disturbing too many nonimmune ones, which don’t respond well to an influx of fake genetic material. FTC and TDF reach steady concentrations in the immune system after about a week of taking the pills, Hendrix says.

Once the disguised drugs station themselves in the body’s CD4 cells, HIV has no idea what’s coming. If a person on PrEP comes into contact with the virus, either sexually or through sharing needles, HIV entering a protected CD4 cell won’t detect the fake nucleotides—it will just assume they’re the cell’s existing DNA ingredients. Once enough of these bogus molecules assemble in each cell, the virus’s enzyme will have no choice but to take them up.

“It’s all a matter of competition,” Hendrix says.

The HIV enzyme will then set up shop like normal, grabbing nucleotides as directed by the RNA, whipping up a DNA strand to hack the cell’s nucleus. But once it takes up a disguised PrEP nucleotide, the whole operation implodes. Production of the DNA molecule fails, stopping the enzyme in its tracks. And because the enzyme breaks apart the RNA instructions as it reads them, the virus loses its only blueprint to that cell domination plan. Once it fails to take over the host cell, the HIV dies. In essence, PrEP is like giving bad ingredients to a chef who shreds their cookbook: The final dish won’t work, and there’s no redo.

Truvada is remarkably specific with the cells it targets, but occasional collateral damage isn’t out of the question. Studies have shown that bone and kidney cells occasionally take up FTC and TDF, giving the drugs the potential to make those systems less efficient by killing off their cells’ mitochondria and sometimes leading to cell death. But Hendrix says folks with otherwise healthy kidneys and bones have little to worry about when they first start taking PrEP, though they should consult their doctors before adding other medication that may also affect these areas. For most people, though, Truvada is just as safe as a daily aspirin.

While Gilead touts Descovy as a safer version of PrEP—and patients have sued them over intentionally withholding the supposedly less toxic medicine in an effort to increase profits—Hendrix says existing Truvada patients shouldn’t panic and switch over. Truvada’s negative effects on kidney and bone function are very low to begin with, and Descovy’s are only slightly lower than that. The main difference is the use of tenofovir alafenamide (TAF) instead of TDF. Both are packages that carry the drug tenofovir, the actual molecule that fights HIV, to the body’s CD4 cells. While TAF is able to pass through those membranes slightly more easily than TDF, Hendrix says that once both molecules are inside a cell, they have the same effectiveness in foiling HIV.

PrEP only combats HIV and doesn’t protect against other STIs like gonorrhea, chlamydia, and syphilis. Typically, HIV-prevention patients return to their doctors every three months to get tested for all STIs, along with a basic blood profile that includes indicators of kidney health. Hendrix says because Truvada and Descovy are prophylactics, patients should take their pills every day to stay protected. From the studies he’s read, the only instances in which a person receiving PrEP eventually contracted HIV were due to them failing to take the daily pill. However, U.S. doctors and clinics have recently accepted an on-demand “2-1-1” dosage option, where patients take two pills the day before sex and one pill each day for two days after—in most cases, it’s just as effective as the daily pill.

“The drug itself works really, really well,” Hendrix says. “[But] it only works as long as you’re taking it.”