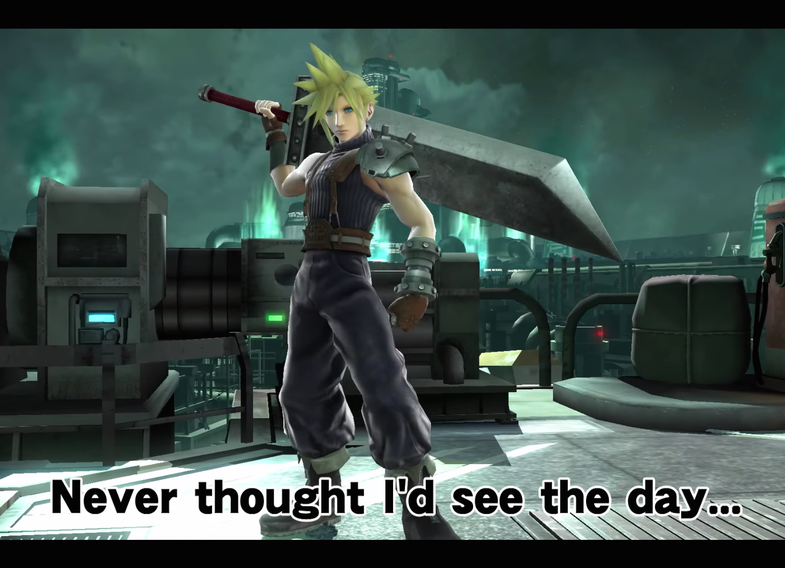 New characters for Super Smash Bros 4 are some of the most hotly anticipated downloadable content on Nintendo’s otherwise underperforming Wii U home console. The multiplayer fighting game known for taking characters across Nintendo games and putting them in one arena for a no-holds-barred brawl has taken up a new hobby as of late. Along with Mario, Link, Pikachu and more of Nintendo’s recognizable roster, the Super Smash Bros team is throwing non-Nintendo fighters into the combat mix at an alarming rate (Capcom’s Mega Man and Street Fighter’s Ryu most recently among them).

But yesterday, Nintendo went even further to introduce one of the most iconic characters in gaming to the Smash Bros ring: the dark hero Cloud from Final Fantasy VII will be on his way to Super Smash Bros 4 in December, and likely some other characters outside the Nintendo universe as well. That’s great news not only for Nintendo fans, but all gamers, who will now have the chance to play these characters in fresh and unusual settings, against all new opponents.

Towards the end of the company’s semiregular Nintendo Direct announcement yesterday, the introduction of Cloud Strife to Smash Bros also told fans to look out for more news regarding the game in December.

Third-party characters like Sega’s Sonic The Hedgehog in a Nintendo game used to be a rarity. But Super Smash Bros 4 has not been shy about letting many other fighters from completely different gaming universes into the fray. In addition to the previous inclusions of Sonic, Mega Man, Pac-Man, Ryu and Cloud, we’ll likely see even more mascots from other consoles—thanks to the recently created “Fighter Ballot,” which turns the decision of which additional characters to add over to the players.

Creating the “Fighter Ballot” back in April, Smash Bros game director Masahiro Sakurai and his team decided to put the selection of future fighters to a vote. The only stipulation is the character must be from a video game, but other than that, pretty much anyone is potential contender, which means we could see a whole host of new Smash Bros characters coming soon.

After voting in the ballot ended on October 3, the ballot page was taken down. But judging by the vote, it is pretty clear what we can look forward to in December: more third-party characters. 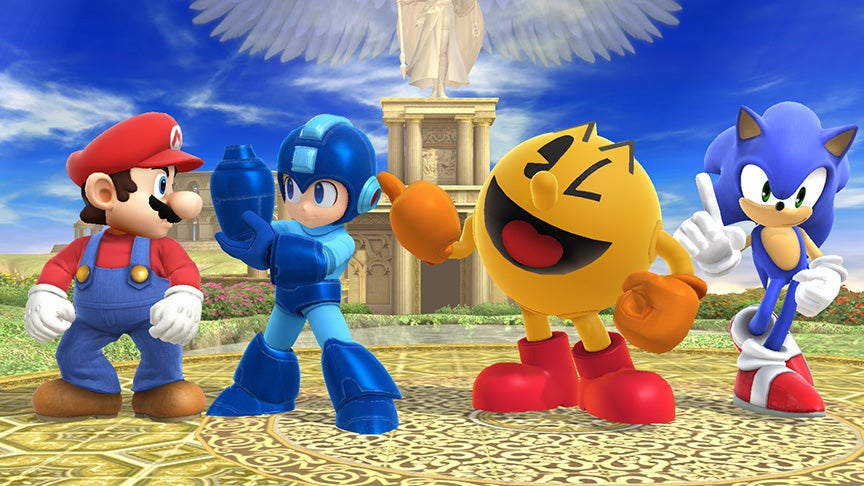 Mario, Sonic, Mega Man and Pac-Man. All in one game

The December Super Smash Bros 4 announcements will be big news—not just for Nintendo fanboys, but fan-people of every denomination. The introduction of Cloud yesterday made no mention of the FF7 fighter being a ballot winner—meaning there are still many third-party additions to possibly come.

No dates have been offered in the way of when in December or even when we can expect Cloud Strife to face off against Mario, Yoshi and more. Though with the chance that your favorite video game character could make it into Nintendo’s wildly popular “what-if” scenario, gaming fans should eagerly await the next challenger approaching.