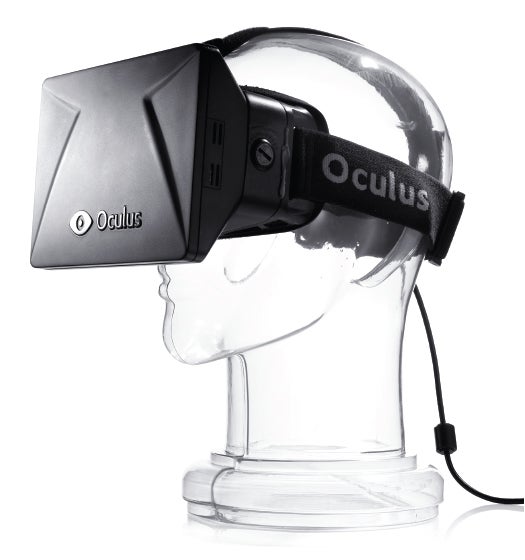 In the first virtual reality (VR) boom in the 1990s, there were few bigger fans than Jeffrey Travis. The engineer and filmmaker had been waiting for the day he could don a virtual jetpack and explore a virtual world. Then he actually tried VR. “It was lame,” he says. “The graphics were so bad it was impossible to tell what you were looking at.” Fast forward to 2015, when Travis will introduce his own VR product: a hyper-real jetpack ride called Rocket Ace. The user, wearing an Oculus Rift headset, will step into a nylon harness and “fly” Superman-style.

With the purchase of Oculus VR in 2014, Facebook effectively ushered in an era many knew was rapidly approaching. “There’s been a convergence of high-resolution small displays, improved motion- detection sensors, and Moore’s law,” Travis says. Other companies also took action. Samsung teamed up with Oculus VR to develop a headset for the Galaxy Note 4, and Sony debuted Project Morpheus, a prototype headset for the Play­Station 4. Google sold development kits that will allow its Project Tango, a phone with a suite of sensors and computer vision, to be used as a VR platform. And Microsoft offered a glimpse of RoomAlive, a proof-of-concept that uses pro­jectors and the Kinect system to transform any room into augmented reality.

That the titans of technology are piling into the VR space only bodes well for consumers. Existing supply chains will help turn today’s development kits into slick products with, ultimately, lower costs. So while 2015 won’t be the year that every American buys a VR headset, it will be the year we all start to want one.