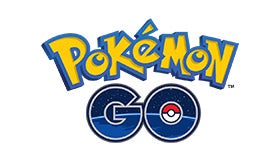 Time to put the cards and handheld games away and go outside. But not because you’ve been cooped up too long: because next year outside is where you’ll find Pokémon.

The Pokémon Company, in conjunction with Nintendo and Google spin-off Niantic, is working on a new game for Android and iPhone called Pokémon Go, which will allow people to use their phones to hunt for, duel, and trade Pokémon in real life — yes, out in fields and on busy streets and stuff. No precise release date or price for the game has been given, aside from sometime in 2016.

It’s not surprising that one of gaming’s biggest franchises is now at the forefront of world integrated massively multiplayer online (MMO) and augmented reality (AR) technology (the latter a blanket term referring to layering digital information over the physical world). By the nature of the game itself, Pokémon has been aching for tech like this, which could overlay the gaming experience symbiotically over the real world. The trailer looks pretty impressive — in fact we’d say Pokémon Go looks to accomplish more than Pixels did in feature length.

Which isn’t to say it can deliver entirely on that promise. Screen captures really do show a game that takes place on your smartphone’s screen alone, so while there may be GPS components and interactivity, you’ll still need decent service and still be staring at a screen most of the time. That was true of co-creator company Niantic’s last gaming experience as well, a niche AR mobile game called Ingress, which asked users to join two sides and use their smartphones to claim territory around portals of energy (actually just real-world buildings and sculptures).

But for the there’s added tech to make it less tedious than checking your phone every few minutes for Pokémon. Nintendo is working on a kind-of smart wearable they’re calling Pokémon Go Plus — something we assume built in equal parts smart watch and motion sensitive controller — which will be part of the larger system of finding and capturing Pokémon in the real world.

The approach is noteworthy for merging one of Nintendo’s traditional strong suits — dedicated gaming hardware — with an area it has long been reluctant to make headway: smartphone gaming. After all, the company released its first dedicated console-to-smartphone game in history, Pokémon Shuffle, just last month. In all honesty, Nintendo’s Wii and WiiU consoles now look like early beta tests, pieces of the puzzle that eventually led to this: a touch-screen controller and a wrist-wrapping motion sensitive dongle.

Whether Pokémon fans will be comfortable waving their arms wildly and displaying a bright red and white wrist dongle in public is a matter that only time will sort out. We doubt the adult Pokémon fans will stop in the middle of the walk to lunch with colleagues to capture another for their collection.

On the other hand, it presents a great opportunity for real-world interaction outside of a comic shop basement, where the card tournaments usually happen. LARPing gathers people together–why couldn’t something like this?

We’ll have to wait until 2016 to see if it catches on or dies. But until then fans of the show, games, cards, and cosplay have something to watch and talk about.