What the Yankees COVID outbreak means for the rest of us

Asymptomatic breakthrough infections may be more common than we think — and that’s okay. 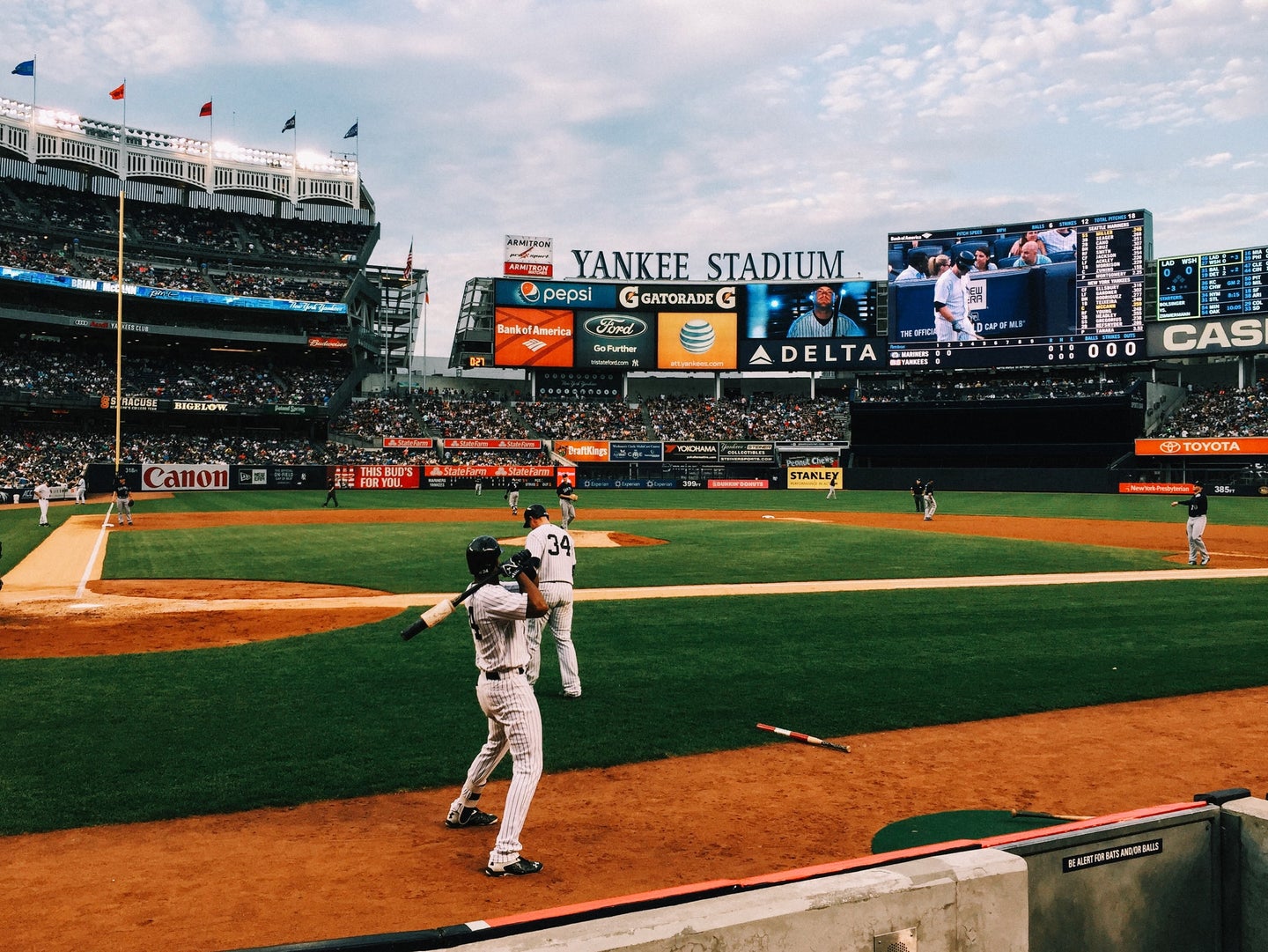 Over the past week, nine members of the New York Yankees—eight coaches and staff members and one player—tested positive for COVID-19, even though they’d all received the Johnson and Johnson vaccine on April 7. Seven of them experienced no symptoms, while two had mild symptoms. At first glance, these so-called “breakthrough” cases could look like evidence that the vaccines aren’t working. But to epidemiologists, the Yankees case is an example of the vaccines working exactly as intended— and a potential look at our post-vaccine future.

“Seat belts decrease your probability of dying in a car accident, but they don’t make you immortal,” says Saad Omer, Director of the Yale Institute for Global Health. Similarly, Omer says, every COVID-19 vaccine authorized for use in the United States has been proven to prevent serious infection and death, but not to stop infections altogether. Comparatively, the vaccines are very good at their jobs: While seat belts reduce the risk of death by 45 percent, CDC data as of May 10 shows just 223 fatal breakthrough cases out of more than 115 million fully vaccinated people in the United States—bringing the risk of a fatal COVID infection after vaccination to a fraction of one percent.

In the near future, says Omer, “We can expect to see these breakthrough cases with some frequency.” The CDC website says as much itself: Prior to May 1, when the agency stopped tracking breakthrough cases that didn’t result in hospitalization or death, it had documented a total of 9,245 breakthrough cases across the country. It’s quite likely the real number is higher; as Emory University sports epidemiologist Zach Binney pointed out on Twitter, the players and staff of the Yankees, unlike most people, receive regular COVID-19 testing even if they don’t display any symptoms. Outside of the MLB, with testing rates dropping around the country as more people get vaccinated, the two Yankees staffers who experienced mild symptoms might have been the only people on their team who would have chosen to get tested.

As more people around the country receive their COVID-19 vaccines, the question may become less about whether or not asymptomatic breakthrough cases will occur (they will), but whether we should even be looking for them. “If you have to test a thousand people to maybe get one positive,” says Francesca Torriani, an infectious diseases specialist at UC San Diego, “is it really worthwhile to test all of these folks who don’t have any symptoms?” Instead, Torriani suggests, regular testing should focus on people with symptoms and vulnerable populations like people who are immunosuppressed, the elderly, or those who remain unvaccinated.

[Related: Does it matter which COVID-19 vaccine you get?]

Torriani is quick to point out, however, that she doesn’t mean vaccinated people should act like the pandemic has simply ended. “If we have enough breakthrough infections at a high enough rate and we take away masks, I worry that we will just quickly become complacent and lose the forest for the trees,” she says. Rather than abandoning masks wholesale, Omer says, it would be better to make a call about masks on a case-by-case basis. If you’re gathering with people whose vaccination status you can verify, for example, you can take your masks off, but if you’re in an indoors setting where you can’t verify vaccination statuses—like in a supermarket, for example—it’s better to keep your mask on.

Epidemiologists expect asymptomatic breakthrough infections will continue until a sizable majority of the population — around 70 percent — becomes fully vaccinated. “I think we’ll see asymptomatic infections for the rest of the year, maybe even into 2022, because we still have a lot of people that are not vaccinated,” says Maria Bottazzi, a vaccine expert and associate dean of the National School of Tropical Medicine at Baylor College of Medicine. Aside from unvaccinated adults, Bottazzi is particularly concerned about children and teenagers catching and spreading COVID-19. “People have this perception that (unvaccinated) kids are protected, but more and more we’re seeing that’s not true, “ she says. While kids are less likely than adults to fall seriously ill or die, the risk is still very much real, and asymptomatic kids can spread the virus to others.

Importantly, Bottazzi says, that goal of a majority-vaccinated population doesn’t just apply to the United States, and it’s likely that we all will have more shots in our future. “Until we equitably reach some sort of average around the globe, we’re not going to be able to get rid of this virus,” she says. Most low- and middle-income countries still don’t have widespread access to COVID-19 vaccines, she points out, and as the virus continues to spread abroad, it will keep mutating. Those mutations may require follow-up vaccines. “The question is how much this virus will continue mutating, and how much we are going to need to come up with booster shots,” says Bottazzi. “It’s a complex ecosystem.”

As vaccine production ramps up around the world and more vaccine options become available, says Bottazzi, “I’m optimistic that 2023 will be the year where we’re like, okay, you know, now we are really getting out of this globally.” Afterwards, she says, she hopes we can learn something from our collective experience. “This is always the challenge of global emergency pandemic-type diseases, people only react when there’s a potential crisis,” she says. “We always say we’re going to do better next time, and when the next time comes we’ve already forgotten. Maybe this time we’ll have a longer memory.”