Uncertainty about this distant event highlights how much we still don’t know about the trajectory of the COVID-19 pandemic. 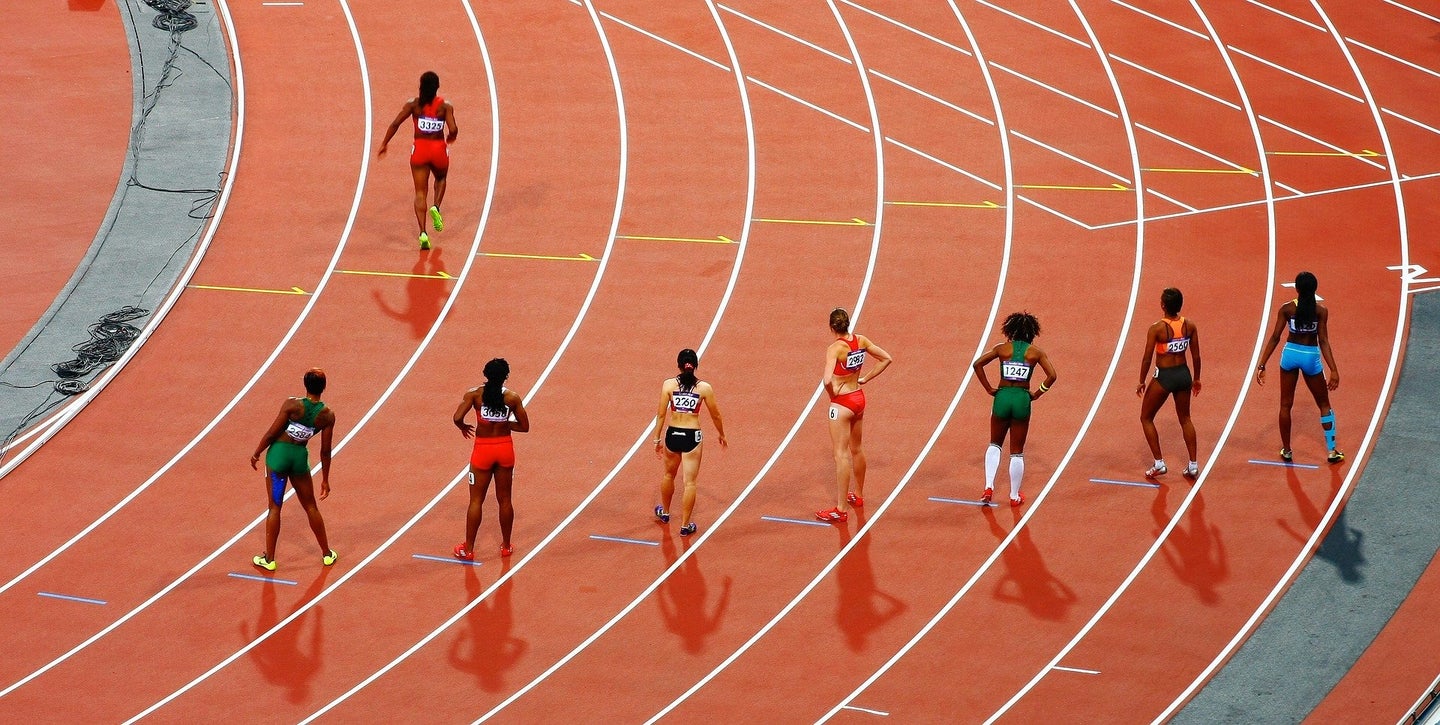 Fixing a date for the Olympics is really one piece of a much larger question: When will things get back to normal?. Pixabay
SHARE

Follow all of PopSci’s COVID-19 coverage here, including travel advice, pregnancy concerns, and the latest findings on the virus itself. For global updates, see here.

On March 24, the prime minister of Japan and the president of the International Olympic Committee announced that the Tokyo 2020 Olympics, which were supposed to begin on July 24, must be postponed until 2021.

“The leaders agreed that the Olympic Games in Tokyo could stand as a beacon of hope to the world during these troubled times and that the Olympic flame could become the light at the end of the tunnel in which the world finds itself at present,” the IOC and the Tokyo 2020 organizing committee said in a joint statement.

It’s hard to imagine what our society will look like more than a year in the future, when right now each day seems to bring new, unpredictable challenges. Eventually, the COVID-19 pandemic will loosen its grip—but will it do so in time for the newly scheduled massive international event?

“Nobody really knows the answer to that right now,” says Wesley Pegden, a mathematician at Carnegie Mellon University in Pittsburgh. “Right now the focus is on keeping the number of infections and deaths as low as possible.”

The disquieting reality is that it’s not yet clear what will happen over the next few months. Our knowledge of COVID-19 and projections are changing rapidly as scientists discover new information about the novel coronavirus, SARS-CoV-2, at the root of the pandemic. How risky it will be to light the Olympic torch depends on what strategies we use to combat COVID-19 and how successful they are.

“By then one of two things will likely have happened,” says Justin Lessler, an epidemiologist at the Johns Hopkins Bloomberg School of Public Health in Baltimore. “We’ll have either had the pandemic rage through and hence there would be widespread immunity and it would be reasonable to hold such an event, or we’ll have figured out ways to control it without doing the same sorts of extreme social distancing measures we’re having to do now.”

Under the first scenario, a large chunk of the population would have already been infected by next summer—which also means that a truly staggering number of people would be killed by COVID-19. The Imperial College COVID-19 Response Team recently estimated that if we’d taken no actions to slow the spread of COVID-19, it might have infected up to 90 percent of the world’s population and killed more than 40 million people.

However, communities around the world have reacted to COVID-19 by closing schools and workplaces, discouraging or banning travel, and urging everybody to stay home as much as possible. These social distancing steps will help flatten the curve of COVID-19 infections, spreading them out over time instead of frontloading them like a tsunami, which inundates hospitals and clinics with far more critically ill people than they have the space, supplies, or staff to care for.

“It’s a little too early to say how everything will evolve,” says Sara Del Valle, a mathematical and computational epidemiologist at Los Alamos National Laboratory in New Mexico. But slowing transmission could also mean that many people are still susceptible to COVID-19 next year. “If that’s the case, then we’re not going to be able to have international events next year because it would still be spreading.”

Del Valle and her colleagues have studied how past crises—including the 2009 swine flu pandemic and the 1918 influenza pandemic—have played out. Usually, these pandemics cause an enormous first wave of infections, followed by a somewhat smaller second wave the following year.

“Based on all the modeling and the simulations and previous pandemics, we suspect that there is going to be a significantly large wave next year,” Del Valle says. However, she adds, many of the historic pandemics she has studied were caused by strains of influenza, which is not a coronavirus. “It’s possible that this pandemic will be very different.”

The Olympics gathers hundreds of thousands of people from all over the world and sandwiches them very closely together, which aids in transmission of any virus, but is of particular concern for one as contagious as the novel coronavirus. And visitors exposed to the virus could bring it back home with them. “It would probably help to spread the infection widely around the world because so many people are there,” Lessler says.

To avoid a situation like this, we’ll have to devise more effective ways to rein in SARS-CoV-2. One possibility is that scientists will develop an effective treatment for COVID-19. A vaccine would also make a huge difference. “That would potentially allow for large events to continue,” Del Valle says. That said, while scientists are working at unprecedented speed to create a vaccine, experts say it will be at least 12 to 18 months at the very least before one can be ready for public distribution.

Advances in testing for the novel coronavirus could also have a major impact on how we respond to new cases of COVID-19. Currently, many cases are going unreported because tests are in short supply and many people experience relatively mild symptoms or remain asymptomatic. However, scientists are developing serological tests, which detect antibodies in the blood of people who have recovered from COVID-19. Figuring out how many people have already caught the disease could tell us the true scale of the pandemic and help identify people who are no longer at risk for becoming sickened. And having rapid and plentiful diagnostic tests could also make it easier for us to track the disease by quickly identifying when somebody is sick and tracing all their contacts.

These developments could allow us to tailor our responses for different areas. “We would be able to quickly respond around particular cases and take the types of measures we’re taking at this global, broad scale now and potentially take them at a very precise level, hitting exactly those individuals who are most at risk,” Lessler says. “It can have a substantial effect in allowing us to ease back on these broad-scale interventions that we have now.”

All of these innovations could impact the likelihood of whether we’ll be watching feats of athleticism next summer, although each approach comes with its own challenges. But fixing a date for the Olympics is really one piece of a much larger question: when will things get back to normal?

Social distancing steps are crucial and have the potential to save many lives over the next several months. However, our forecasts shouldn’t stop there, Pegden and his colleague Maria Chikina, a computational systems biologist at the University of Pittsburgh, argued in a recent post on Medium.

“The future is coming whether we like it or not and eventually we’ll have to have a plan,” Pegden says. “Even though there is a lot of uncertainty about the possible scenarios in the future, it might be preferable to model specific examples of these futures rather than just model the next four months.”

These scenarios, he says, could test many different outcomes—for example, what could happen if a treatment is developed in six months that slices that fatality rate of COVID-19 by 50 percent? What if a vaccine is introduced in two years? What if the capacity of hospitals in certain cities is increased by 60 percent?

Del Valle and her colleagues are examining some of these questions. “We’re trying to analyze the impact of COVID-19 on the healthcare system—so, which hospitals will be hit the most and which hospitals might need to come up with mobile facilities so that they can hopefully help more people, and stuff like that,” she says.

The team is also developing forecasts for how COVID-19 will spread in different countries and states that will be updated regularly, as well as investigating how best to relax social distancing measures. They’ve previously simulated a hypothetical influenza pandemic and predicted that schools and workplaces would have to be reopened and stay-at-home orders lifted slowly over a period of months.

“It’s going to have to be gradual and it’s going to have to be implemented in different ways geographically,” Del Valle says. “Areas like New York…or Seattle, once they go through the first wave, then they’re probably going to be able to start relaxing interventions earlier than other areas that are just starting to experience cases.”

But it’s also important to have a strategy for what happens after the COVID-19 pandemic so that once our society does begin to return to stability it can stay that way. Del Valle envisions a global disease forecasting center that would allow researchers to more quickly identify emerging disease and predict how they will spread.

“We would all be better prepared to respond to new pandemics and newly emerging outbreaks around the globe,” she says. “We need to be more proactive instead of reactive.”