Worried about COVID vaccine side effects? Try this simple trick.

Having a positive mindset about side effects could have surprising benefits. 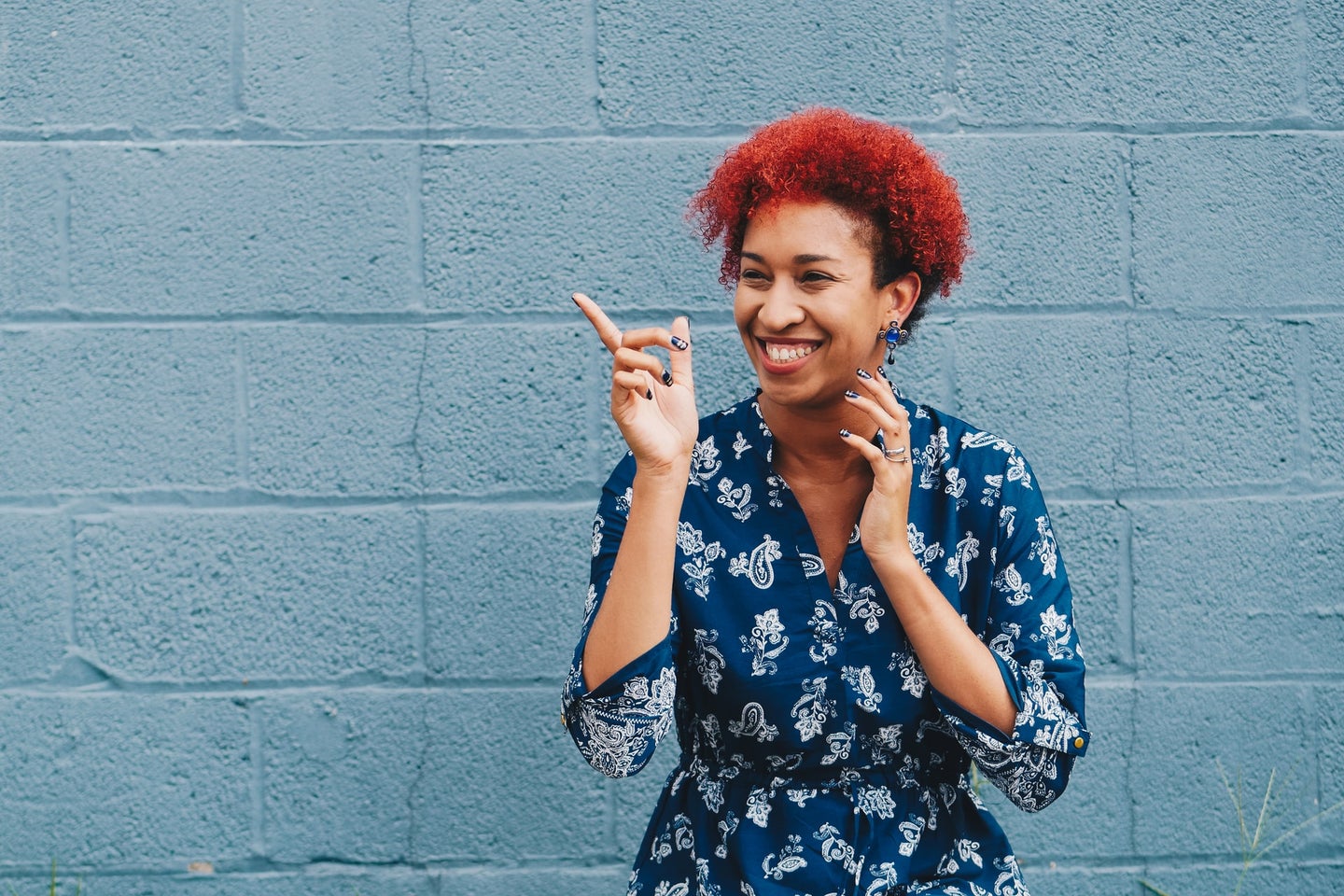 There's reason to think that looking on the bright side could improve your COVID vaccine experience. Eye for Ebony via Unsplash
SHARE

As a 44-year-old mom of three, Stacy couldn’t afford to have any more migraines than she already did. Since headaches are a potential side effect of the COVID-19 vaccine, she was hesitant to get the shot.

“I was originally afraid of the side effects,” Stacy says. “I was worried it was going to make my migraines worse.”

She’s not alone. In March 2021, Carnegie Mellon University published a survey showing that 70 percent of participants were concerned about COVID-19 vaccine side effects. This remains the most common reason people give for not getting the shot.

But a new way of thinking about side effects could help convince folks on the fence to get the jab—and perhaps, some researchers suspect, even make vaccines more effective.

Many doctors now explain COVID-19 vaccine side effects, which occur in 10 to 20 percent of patients, as a good thing—because they provide evidence of a strong immune system. Even the World Health Organization says that such symptoms are “a sign that your body is building protection.”

Lauren Howe, a social psychologist at the University of Zurich, demonstrated the power of such a perspective shift in The Journal of Allergy and Clinical Immunology in 2019. She and her colleagues offered 50 children with severe peanut allergies a treatment to desensitize their bodies to allergens through slow exposure. Half the group was taught to think of side effects as a positive thing—a sign that the treatment was working—while the other half received standard warnings describing them as an unfortunate downside.

Luci Lagemann and her son, John, were part of the “positive signals” group. “It really changed our lives,” she says. As John slowly increased his exposure to peanuts, he learned to interpret stomachaches and itchiness as a hint that his body was getting stronger. When he completed the treatment, his mom says, “a weight lifted off all of us.”

Howe found that kids steered toward a “positive signals” mindset had reduced anxiety, less unnecessary contact with their doctors, were less likely to drop out of the study early, and generally reported fewer side effects than kids in the control group.

Patients’ expectations may even modulate their bodies’ response to treatment. Subjects in the “positive signals” group of Howe’s study actually had higher levels of peanut-specific antibodies in their blood by the end of the trial, indicating that the allergy desensitization itself was more successful.

“It’s not magic,” Alia Crum, a professor of psychology at Stanford and principal investigator of the immunotherapy study, said during a presentation at the University of California, San Francisco’s Aging, Metabolism and Emotion Center in April 2021. “And it’s not surprising, actually, that the body responds to what you are thinking.” Expectations may help the body allocate resources more efficiently, she says, so that when patients believe that the treatment is working, it may actually work better.

This principle could apply to treatments beyond immunotherapy, including vaccinations. Vaccines activate the immune system to help it remember a virus and defend against it in the future. Many uncomfortable COVID-19 vaccine side effects, such as fever and fatigue, signal that the body’s immune system is actively building up protection against the virus.

While there is not yet any direct evidence that having a more positive mindset about side effects can literally make your vaccine work better, it’s quite likely that patients will at least see some of the other benefits found in Howe’s study: Less anxiety, less unnecessary follow-up with doctors, and a general sense that side effects are less severe.

On the other hand, there’s a potential risk to framing side effects as a positive sign: it may be discouraging to patients who don’t experience them. While Howe did not see evidence of this in her immunotherapy study, this potential drawback highlights the need to emphasize the efficacy of the treatment even when no side effects occur.

“Mindsets are really powerful in situations where the world is a bit ambiguous,” says Howe. Doctors can help their patients navigate fear of vaccines by making the value of side effects explicit, she says, which is a particularly effective approach for people who tend to distrust pharmaceuticals. But it’s just as important to spread the message that people who don’t experience side effects are still protected.

Stacy got vaccinated in January 2021 after seeing her sister suffer from COVID-19. “She convinced me that having COVID is much worse than having migraines for a week,” she says.

This piece was made possible by the 2021 David Perlman Virtual Mentoring Program.