COVID-19 cases are on the rise yet again

This graph shows the track we’re on as we head into the coldest months. 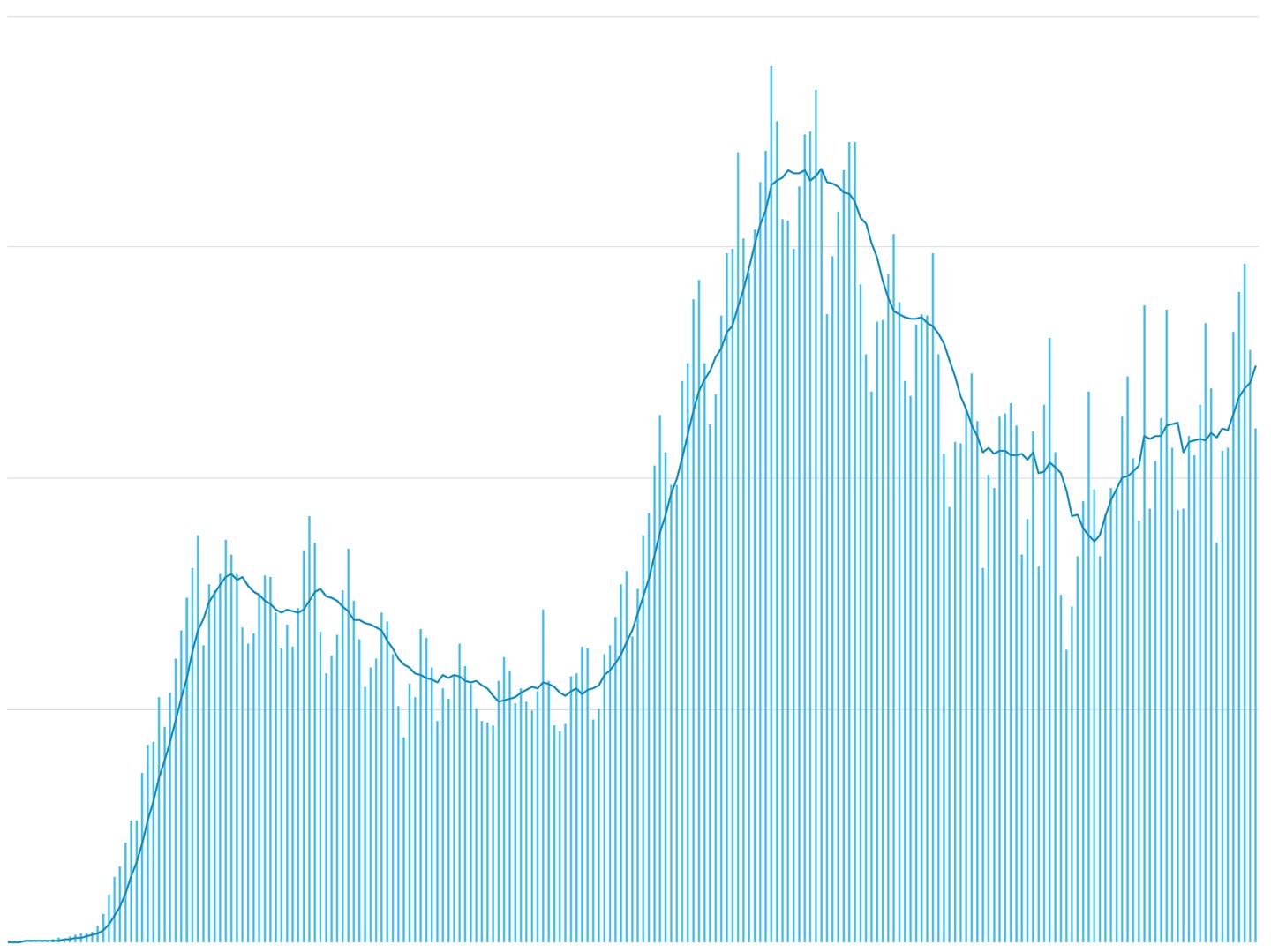 Seven states just set one-week records for the number of new COVID-19 cases, and counts are on the rise in 32 other states as well. Two—Wisconsin and Hawaii—also posted record numbers of deaths in a single week.

These tragic stats are the latest indicators that the US has not effectively controlled the virus. While other countries are also seeing increases, many of them managed to get the virus under control early on in the pandemic, and thus are now seeing much lower numbers than America. As the chart above shows, even the nation’s latest low point in new COVID-19 cases, which happened in September, was higher than when the virus first wreaked havoc on the US in March and April.

Anthony Fauci, director of the National Institute of Allergy and Infectious Diseases, told CNN that he hopes the numbers “jolt the American public into the realization that we really cannot let this happen—because it’s on a trajectory of getting worse and worse. And that’s the worst possible thing that can happen as we get into the cooler months.”

Without a vaccine or effective treatments, the only option we have for preventing COVID-19 is for everyone to social distance (i.e. wear masks, stay at least six feet apart, and don’t gather indoors), but that’s been more than many state officials have been willing to ask of their citizens—or simply more than many citizens are willing to do. Unfortunately, though, it’s all we can do right now.