This new plexiglass coating could grab viral droplets from the air

Researchers developed a new surface coating that can do clear barriers one better, trapping viral aerosols like fruit flies in soapy vinegar. 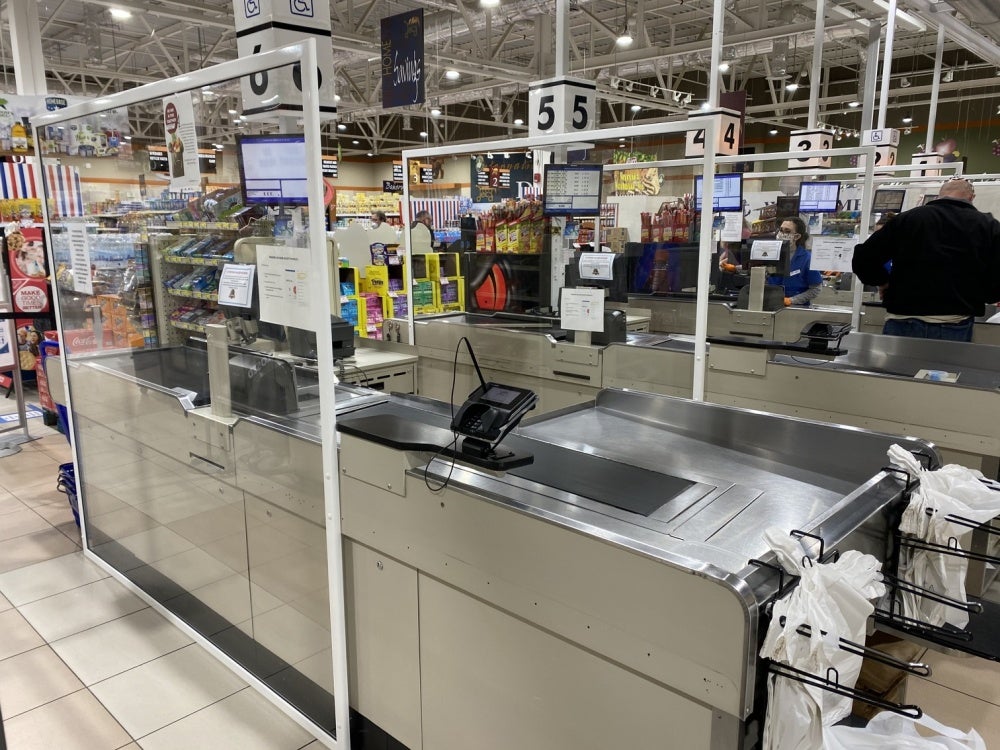 As many of us now know quite well, aerosols, in the form of airborne particles that spew from our mouths, are very good at carrying infectious microbes. Thanks to COVID-19, Earth is now a world of masks and plexiglass barriers, all meant to stop viral aerosols in their flight paths. But even if they’re keeping us safer, one thing these simple dividers can’t do is remove aerosols from the air.

In the very near future, new materials could change that. Take, for instance, a surface coating that could wick floating virus droplets right out of the air. Researchers at Northwestern University have created a substance that they think does just that. It comes in a paint-like form, a clear coating that you can spread or spray across a surface—in theory, anything from barriers and face shields, to walls and tables, to even clothes and curtains.

Early last year, as the pandemic intensified and labs across the country began to shutter under stay-at-home orders, the group at Northwestern was still busy trying to make better masks by creating fabrics that could block more of the droplets coming out of your mouth.

“In the middle of the work, we realized that droplets can also be removed when they collide and stick on a surface, rather than just being blocked,” says Jiaxing Huang, a materials scientist at Northwestern University and part of the group who created the coating.

So they took a look at exactly what happens to virus droplets upon impact. It turns out, collision with a surface causes them to deform, becoming more like pancakes pinned against that surface. The researchers thought that, if they could “catch” the droplet in that pancake form, they could keep it stuck. So they set about creating a material that could accomplish the task.

The substance they came up with relies on a type of molecule called a polyelectrolyte. That might sound arcane, but there’s actually polyelectrolytes all around us. Some polyelectrolytes, such as pectin and algin, are commonly used as stabilizers and thickeners in soap, shampoo, and cosmetic products. That’s partly why Huang’s group took an interest in them. “The ingredients are all based on those used in personal care products,” he says, “so they are cheap and broadly available.”

Their experiments showed that plexiglass surfaces treated with the polyelectrolyte coating removed about 80 percent of the droplets that their uncoated counterparts left in the air. The researchers published their work earlier this month in the journal Chem.

Importantly, if a coating like this makes its way onto surfaces in homes or hospital wards, it won’t be an all-encompassing solution. “While such an absorbent surface would reduce some risk, it wouldn’t necessarily eliminate all risk,” says James Nichols, a professor of pathology, microbiology, and immunology at Vanderbilt University Medical Center, who wasn’t involved with this paper.

Surfaces coated with the substance would certainly be useful at stopping airborne aerosols, but that’s not the only way viral aerosols can be transmitted. And neither will it protect against all microorganisms. “There may be microbes and infectious agents like MRSA, or other agents that pose risk that are not viral in nature,” says Nichols.

Still, along with masks and vaccines, the material could be another useful tool in combating airborne viral infections, which aren’t going away any time soon.

Huang says that the next step for the material will be to conduct approved tests with real human respiratory droplets. While the researchers know it works with droplets in general, they’re still not sure the ins and outs of how it will work in a proper infectious setting, and that’s something which will have to happen before it can be adopted in the real world.

“As far as we know,” Huang says, “using a coating to remove fine aerosol droplets seems to be a new idea.”

Note: An earlier version of this article incorrectly stated the name of the journal Huang and his team published their work in. It was published in the journal Chem, not Cell, as was previously stated. We regret the error.