Cities are creating “slow streets” to enable social distancing and prevent surges in traffic when they reopen. 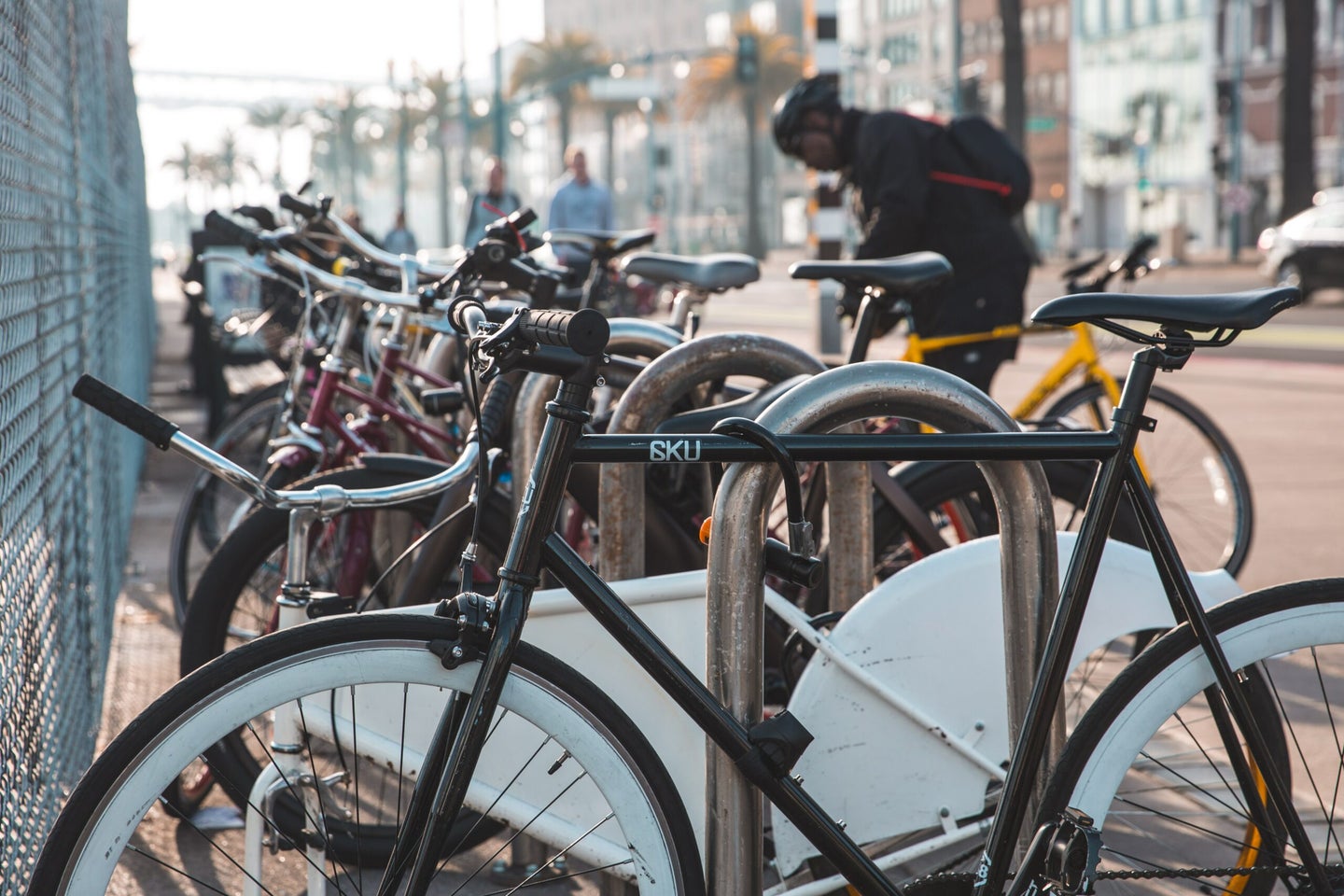 Biking gets more popular when cities invest in infrastructure that makes it easier to cycle around. Josh Bean/Unsplash
SHARE

Confined at home and with gyms closed, an increasing number of Americans are hopping on their bikes. According to Eco-Counter, a company providing stationary sensors that count pedestrians and cyclists as they pass, there’s been a jump in cycling across much of the US during the last two weeks compared with the same period last year.

To encourage those walking or rolling about their neighborhoods to maintain a buffer of space between themselves and other people, cities have increasingly taken the bold action of closing streets to through traffic, in what’s called “slow street” measures. Not only could these changes allow for socially-distanced exercise amid the pandemic, some of these closures may stick around into the future as officials try to curb America’s dependence on automobiles. “What we’re seeing is an unprecedented level of implementation [of slow street measures] happening,” says Kyle Wagenschutz, director of local innovation for the nonprofit PeopleForBikes.

A dozen or so cities have shut down sections of their streets to vehicles, and more may be poised to follow suit, according to Ken McLeod, policy director for the League of American Bicyclists. These cities include Oakland, New York City, Denver, Portland, Burlington, and Madison. In Denver, officials announced the closures of stretches of eight roads totalling about 5.5 miles in early April. Heather Burke, spokesperson for the city’s department of transportation, says residents welcomed the change: “People were really excited and appreciated the extra space to get outside for a walk, bike ride or fresh air during this pandemic.”

While some cities are simply targeting the densest areas to ease crowding, others are essentially taking advantage of shutdowns to jumpstart their plans for bike and pedestrian infrastructure. One of the more-strategic cities is Oakland. There, officials announced they would close 74 miles of streets; as of May 1, almost 16 miles had been installed. These “soft closures” use signs, barricades, and cones to block a traffic lane, restricting cars from entering unless a driver’s final destination is along that closed street. McLeod says that the city identified the streets to close based on its 2019 bike plan, which had mapped out potential locations of new bike boulevards. “So while the specific barriers they’re using are probably unlikely to be permanent,” says McLeod. “It’s very likely in that case that some of those streets will see permanent changes that reflect this slow streets intervention.”

Slow streets are also accelerating internationally, points out Katrina Johnston-Zimmerman, urban anthropologist at Drexel University. Amid the lockdown, Paris announced plans to modify 400 miles of its streets with bikeways, and Rome plans to do the same for 93 miles of roads. “It gives us an opportunity, even though this is a terrible situation, to experiment and test,” says Johnston-Zimmerman, “then keep it afterwards and hopefully keep a lot of the environmental benefits that we’re seeing going in the long term.”

Cities reducing vehicle access to tens or hundreds of miles in a short span not only would have been unimaginable a few months ago, it could facilitate a transportation shift on a scale that’s never been seen before. Wagenschutz explains that when cities build a mile or two of trails or bike lanes at a time, that has little effect on cycling. “The growth in cycling is going to take a very long time because the network is not comprehensive enough,” he says of these small developments. “What’s needed is to actually jumpstart a major shift in how people move around their cities.”

It appears that the trend will spread in coming months. Wagenschutz has talked with transportation officials from several cities who are also interested in implementing slow streets, and doing so in a way that would fit into their long-term plans to reduce car traffic. These cities include Lincoln, Nebraska, Memphis, Tennessee, and Columbus, Ohio. Chief among officials’ concerns is that continued social distancing will reduce public transit use, and further increase dependence on cars as a result. “That’s a problem for cities because many [of them] were already at gridlock transportation before COVID-19,” says Wagenschutz. “And so the thought of having even five to 15 percent more cars on the road is a really scary proposition.”

Slow streets could solve that problem. “The number one worry of most people when they’re out biking is whether or not a person driving a car will pose a threat to them,” says Wagenschutz. “What car-free streets or even slow streets offer is that immediate safety and comfort that people are seeking.” According to survey data by the National Highway Traffic Safety Administration, about half of cyclists are dissatisfied with how their communities design (or don’t design) for bike safety.

On the closed Denver streets, Burke, the city spokesperson, says there are about two to four times more people biking and walking than normal. She says the city doesn’t have an end date for the closures planned, and will continue to monitor usage for the time being.

Slow streets could be a meaningful move toward reducing pollution and greenhouse gas emissions. The US Department of Transportation has found more than 50 percent of vehicle trips are 10 miles or fewer—a distance many could readily bike. And with vehicle transportation being a major source of pollution, making some of those short trips pedal-powered could help reduce carbon emissions and clean up our air.