Who gets an organ transplant? Waitlist rules are complicated.

A COVID vaccine may be only one of many priorities for a transplant patient. 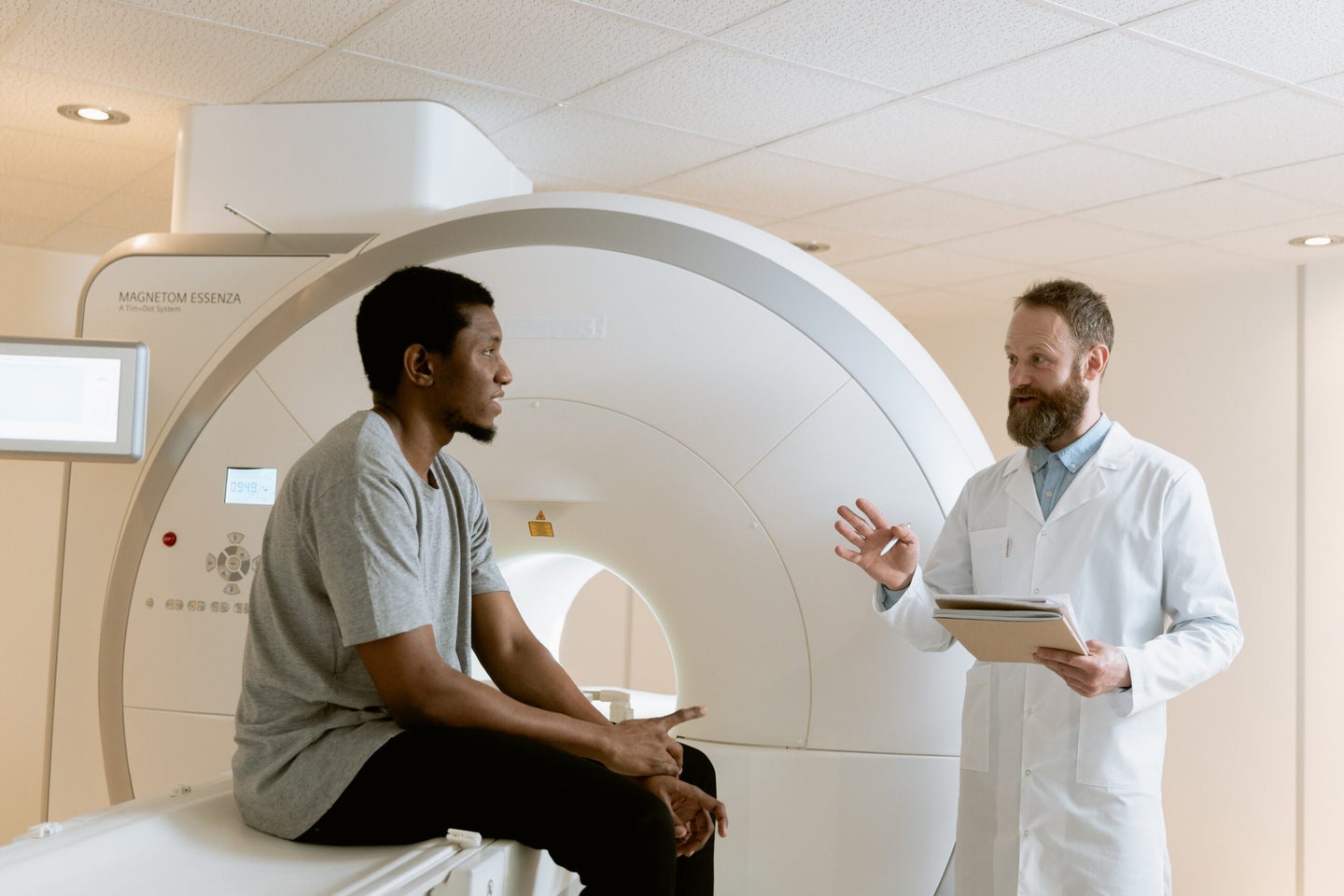 The process of becoming eligible for a transplant involves a lot more than a COVID vaccine. Mart Production/Pexels
SHARE

Last week, a hospital in Boston removed a patient from its heart transplant waiting list over his refusal to receive a COVID vaccine. Although many hospitals had been enforcing such policies throughout the pandemic, the news took off internationally.

But the spotlight on vaccination status ignores the complexities of organ transplantation outside the pandemic. “There are a ton of requirements for transplant eligibility,” says Dorry Segev, a transplant surgeon at New York University. The ethics of transplant decision-making are different from those of other kinds of medical care, in large part because there are fewer organs than there are people in need. According to the American Transplant Foundation, more than 100,000 Americans are currently on transplant waitlists.

National organizations and hospitals put eligibility requirements in place to ensure that people who undergo transplant surgery have the best chance of long-term survival. Doing otherwise, transplant physicians say, would mean misusing organs that could save another life. “There’s a really clear way in which giving a resource to one person affects others’ opportunities,” says Govind Persad, a bioethicist at Denver University’s Sturm College of Law.

Hospitals generally design priorities to ensure that a patient gets the most healthy years of life out of the surgery. In practice, this involves weighing how long a patient is expected to live without a transplant, how long they’re expected to live with a new organ, and whether they are a child. But there are also questions of equity: Requiring that a patient have a family member to drive them to work, or have a certain BMI, could disproportionately end up excluding people who already face barriers to care.

Many of those ethical decisions are codified in the form of waitlists, which set out priorities for different types of organs and different patients. Others come in the form of hospital or provider policies, which dictate what kinds of preparation patients may need to meet in order to receive an organ.

Getting onto a waitlist begins with a monthslong series of meetings with doctors, psychologists, and social workers. Ken Sutha, a pediatric nephrologist who received his first kidney transplant while in college, says that “it was probably a six-month process.” There were meetings with kidney specialists, but also with cardiologists who investigated a potential heart problem. But there were also “people talking about my living situation, the support systems I had, including things like who would be able to take me to appointments immediately after my transplant, my ability to pay for medications after transplant.”

That kind of attention is necessary, says Segev, to make sure patients can physically recover from the surgery. “We put them through a giant surgical operation, at a time that they are in organ failure.”

Over his career, Segev has written extensively about age-discrimination in organ eligibility, finding that someone’s age isn’t a clear-cut indicator of how likely they are to benefit from the surgery. “I’ve met 35-year-olds who are physiologically less healthy than 70-year-olds,” he says. The same can be true of other eligibility thresholds, like BMI.

But the more important shift, he says, is not in determining cut-offs based on an individual’s health, but recognizing that someone’s health can improve—what he calls “prehabilitation,” which involves optimizing nutrition as well as physical and cognitive capabilities. Ongoing randomized trials, he says, offer strong evidence that prehabilitation reduces people’s risk.

Figuring out whether someone is up to the process takes input from all corners, not just hard-and-fast rules. The Organ Transplant and Procurement Network, managed by the Department of Health and Human Services, publishes a set of rules and guidelines dictating minimum organ function required for different surgeries. But Segev says that individual hospitals are willing to conduct surgery in different circumstances depending on their expertise. One surgeon may simply be more experienced operating on a patient with severely damaged blood vessels, for instance.

“The field may even be moving towards transplanting more patients with lower barriers related to substance-use disorders,” says Olivia Kates, an infectious disease and transplant specialist at Johns Hopkins University, and a transplant ethics researcher. “Transplanting patients earlier who have been using alcohol, or who have been smoking but need a kidney transplant.”

[Related: The first successful pig heart transplant into a human was a century in the making]

The same ethical principles apply, even if hospitals end up developing different policies. Some people, particularly Jehovah’s Witnesses, refuse blood transfusions on religious grounds. Persad says that some hospitals won’t provide transplants to those patients because it’s inherently riskier to perform surgery without being able to give blood. “And there are some hospitals that, interestingly, are willing to do it,” he says. The downsides to doing so are fewer “if you have somebody that wanted to donate an organ to a specific person, such that you weren’t taking a scarce organ out of the general waiting list. But you can’t both [refuse transfusion] and then expect to receive a scarce organ.”

But, Persad points out, vaccine refusal isn’t the same as refusing blood transfusions. “I don’t know of any religious traditions that say that you shouldn’t receive vaccines in general, or the COVID vaccine in particular. There’s a difference between a sincerely held religious preference, and the fact that you may not trust vaccines.”

The second dimension to transplant eligibility is infectious disease risk. “One of the biggest reasons people die from transplants is infection,” says Segev.

The recipient’s immune system, going full steam, will recognize the foreign organ and begin to attack it. To head off that attack, patients are given drugs to kill the cells that normally recognize a new threat. That saves the organ—but means that the patient can’t develop an immune response to a new pathogen. “For organs that are open to the environment, like a kidney, or a lung, you need to take a lot of medications,” says Anoma Nellore, who specializes in transplants and infectious disease at the University of Alabama at Birmingham. “Some of these immunosuppressive drugs kill your immune cells—wipe them out completely.”

The patient is going to encounter those risks no matter how skilled their surgeon is. “But you can train the immune system to make them more protected against [a disease like] COVID,” says Segev. “That training is called vaccination.”

Getting a vaccine before the surgery maximizes the chance that the patient will develop some defenses—like antibodies—that will linger after immune cells are wiped out. “We’re accumulating that data with respect to COVID,” says Nellore. The data that does exist is encouraging. In a small study published in September 2021, 90 percent of kidney recipients who were vaccinated before the transplant retained antibodies against COVID. Fewer than half of those vaccinated after the surgery had them.

Vaccinating a transplant patient gives a whole range of benefits, says Kates. A vaccinated patient might be able to receive an organ from someone with hepatitis. And they’re less likely to suffer an organ rejection event down the line. “It’s not just about fewer infections, lower hospital costs, lower mortality,” says Kates. “It’s about rejection. It’s about cancer. It’s about increasing the number of organs that someone can have access to.”

[Related: Surgeons transplanted a pig kidney into a person, and it worked like normal]

In Sutha’s case, he says that his physicians tested his antibody responses to various diseases, and he got a series of booster shots to fill in weak spots. Still, after his surgery, a common virus, Epstein-Barr, started attacking his gut. His doctors reduced his immunosuppressant dosing to help him fight off the infection, but that caused his body to start attacking his kidney. In the end, he needed a second transplant. “That kind of ping-ponging back and forth between infection and rejection is definitely a common issue,” he says. “It’s why it’s so important that we’re protected against all these different kinds of infection.”

A patient who misses vaccines is rare, says Segev, citing his experience. “I would say most hospitals are pretty insistent on vaccination. Never in my career have I heard of someone not getting listed for a transplant who is otherwise eligible because they refused one of the vaccines that was required.”

Not every hospital requires a COVID vaccine—Nellore notes that hers doesn’t. But Kates says that for those that do, verification during COVID “is super easy. Did you do it? We could tell.” She thinks that encountering vaccine resistance has led transplant centers to “clarify what were previously implied vaccine policies.”

There’s a special emphasis on vaccines in part because they don’t place a massive burden on a patient—unlike a requirement that someone kick a longtime addiction, or lose a substantial amount of weight.

Still, vaccines are just one part of managing infectious disease risks. In general, says Nellore, the advice she gives patients is more in line with basic primary care. It can be as simple as giving them the license to decline dinner with a sick family member, or safe-sex counseling. “I describe to my patients that a transplant is like a baby,” she says. “You have to modulate your usual daily activities to take care of your transplant baby.”