No, there has not been a successful human head transplant

And the whole story is extremely fishy. 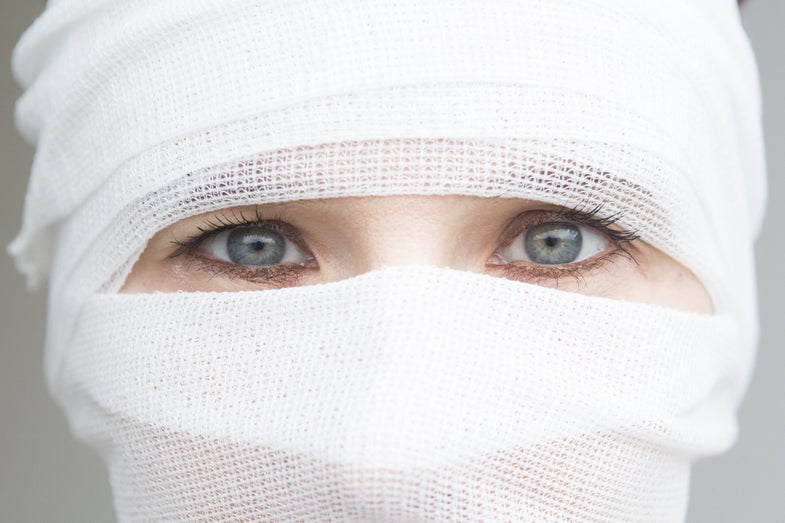 In a 2015 TEDx talk, Sergio Canavero made a bold and tantalizing claim: by 2017, he swore, he would conduct the first human head transplant. And if you’ve been paying attention to trending headlines today, you might think he’s followed through on that promise.

Canavero has not completed a successful human head transplant, and it is very unlikely that he will ever do so.

We repeat: No one has completed a successful human head transplant.

Here’s what you need to know:

Sergio Canavero has popped in and out of medical news for the past several years, but made headlines in 2015 when he found a willing subject for the surgery he hoped to perfect: the human head transplant.

A human head transplant is exactly what it sounds like (except for the fact that we should really call it a body transplant, but whatever). The patient—likely someone with a degenerative muscle disease—would have their head removed and attached to a donated body. In theory, one could fix just about any physical ailment with this transplantation. If you’d been paralyzed, you could pop the part of you that makes you you onto a fully-functional body. If multiple organs were set to fail, you could get yourself a whole new set instead of trying your luck on transplant waiting lists.

“For too long nature has dictated her rules to us,” Canavero said at a press conference. “We’re born, we grow, we age and we die. For millions of years humans has evolved and 100 billion humans have died. That’s genocide on a mass scale. We have entered an age where we will take our destiny back in our hands. It will change everything. It will change you at every level.”

If such a procedure became widely available, it could set up some mind-blowing shifts in human society. At best, we could live in a Twilight Zone-esque world where anyone with enough cash could rotate through perfect young bodies for as long as doctors could keep their brains healthy (which still sounds pretty awful). At worst, well, anyone who’s seen the movie Get Out can imagine a few horrific unintended outcomes.

What’s so difficult about transplanting a head?

Beyond the kind-of-icky implications of the procedure (Frankenstein and the taboos around interfering with dead bodies spring to mind), it’s not an idea completely devoid of merit. Most scientists and physicians would argue that time is better spent perfecting the procedures we use to solve problems piece by piece, but it would be great if one surgery could have a quadriplegic walking again. So why isn’t this something loads of people are working on?

Some things are relatively easy to transplant. Take the heart, for example. Yes, heart surgery is inherently dangerous, but there are relatively few pipes for doctors to reconnect to the recipient’s plumbing system.

The spinal cord is very different.

Doctors have never successfully reconnected a fully detached spinal cord. For a completely severed spinal cord to be brought back to functionality there are millions of nerve connections that need to be linked back together, and these are wildly difficult to rejoin.

Consider the recent rash of groundbreaking new transplants like ones to replace the penis, face, hands, or uterus. Each carried its own controversies, and required years of collaboration among top surgeons in their respective specialties. In 2017, we’ve only just begun to attach hands in such a way that nerves will connect and operate well enough to make the appendages useable. Accomplishing the same feat with an entire body would be a monumental achievement.

Canavero has previously claimed success in fusing severed spinal cords in mice, but the results he published left some experts skeptical. In fact, many question whether he even expects to be successful in the endeavor.

Another issue is the brain, which is a unique and delicate organ. It starts to degrade beyond repair within minutes of losing its blood supply. A freshly-harvested heart, packed in ice, can survive an airlift to the chest it will soon call home. Even cooled down, could a brain be held in stasis long enough to survive as surgeons plucked it from its native blood supply and meticulously made the connections that would provide it with the support of a new body? It does not seem likely, especially when one considers the fact that any damage to the brain could potentially negate the entire purpose of the transplant. The patient would want to put their self into a new body, not potentially gain some health and mobility at the risk of losing their personality or intellect.

That brings us to another hurdle. Unlike the transplantation of internal organs, the receipt of things like penises and faces, and hands pose a high risk of psychological rejection. The first successful penis donation was cut short when the distressed patient told doctors to remove his new genitalia. Face transplants pose a similar problem; all organ recipients must take drugs to suppress a rejection of the organ by their immune system, but having a cadaver’s tissue in the place where you once saw something as familiar and defining as your own face or penis can be deeply troubling.

How much greater would this uneasiness stand to be in patients who received entirely new bodies? And how would it feel to know that the drugs you took to prevent rejection were actually fighting to keep the body from rejecting you? The thought of a patient grappling with the knowledge that their new-found body is desperately fighting to kill their brain is disturbing, to say the least.

Why are people saying he transplanted a head?

For starters, not everyone can be as scrupulous in their health and science reporting as good ol’ PopSci. It sounds like a really cool thing, so outlets ran with it. But we digress.

Canavero’s “successful” transplant was conducted using two corpses. Now, it’s important to perform brand new surgeries on corpses. It’s not something you want to just free-hand with a live patient without a little practice. The roads to penis, hand, and face transplants were all littered with corpses. But those surgeries were not considered successfully completed until doctors graduated from dry-runs with the dead to actual treatment of the living.

Canavero announced an 18-hour surgery on a cadaver in China, and says he’ll move on to perfecting the procedure with brain-dead organ donors soon.

“Maybe the procedure did make a good show of ‘attaching’ the nerves and blood vessels on the broad scale, but, so what? That’s just the start of what’s required for a working bodily system,” Neuroscientist Dean Burnett wrote in The Guardian. “There’s still a way to go. You can weld two halves of different cars together and call it a success if you like, but if the moment you turn the key in the ignition the whole thing explodes, most would be hard pressed to back you up on your brilliance.”

Burnett notes that this is par for the course for Canavero, who often boasts success upon the dubious completion of experiments that most researchers would not consider especially promising.

The best case scenario is that Canavero is simply jumping the gun in a major way. Perhaps he really is making headway (sorry) and will one day have the data and surgical techniques required to attempt such a procedure on a living human. Or if not, then maybe some of the steps he’s taking along the way—improving our abilities to preserve brain function without blood flow, coming up with better ways of healing serious spinal wounds—will pay off in ways the mainstream medical community will come to thank him for.

However, it seems more likely that the surgeon is all talk. His tendency to flout so-called success to the press instead of publishing papers for his scientific peers to review would suggest so. If he’s really and truly figured out how to fuse two unrelated spinal columns together, why on earth hasn’t he shared his methods with surgeons who work on spinal injuries?

Whatever the case, one thing is definitely true. Even if head transplants have any potential to save or improve lives, there are still far more feasible surgeries and therapies in the works. It is highly unlikely that body transplants will ever become a go-to treatment, and they probably won’t ever exist at all.