School mask mandates will be removed in four states in the coming weeks. 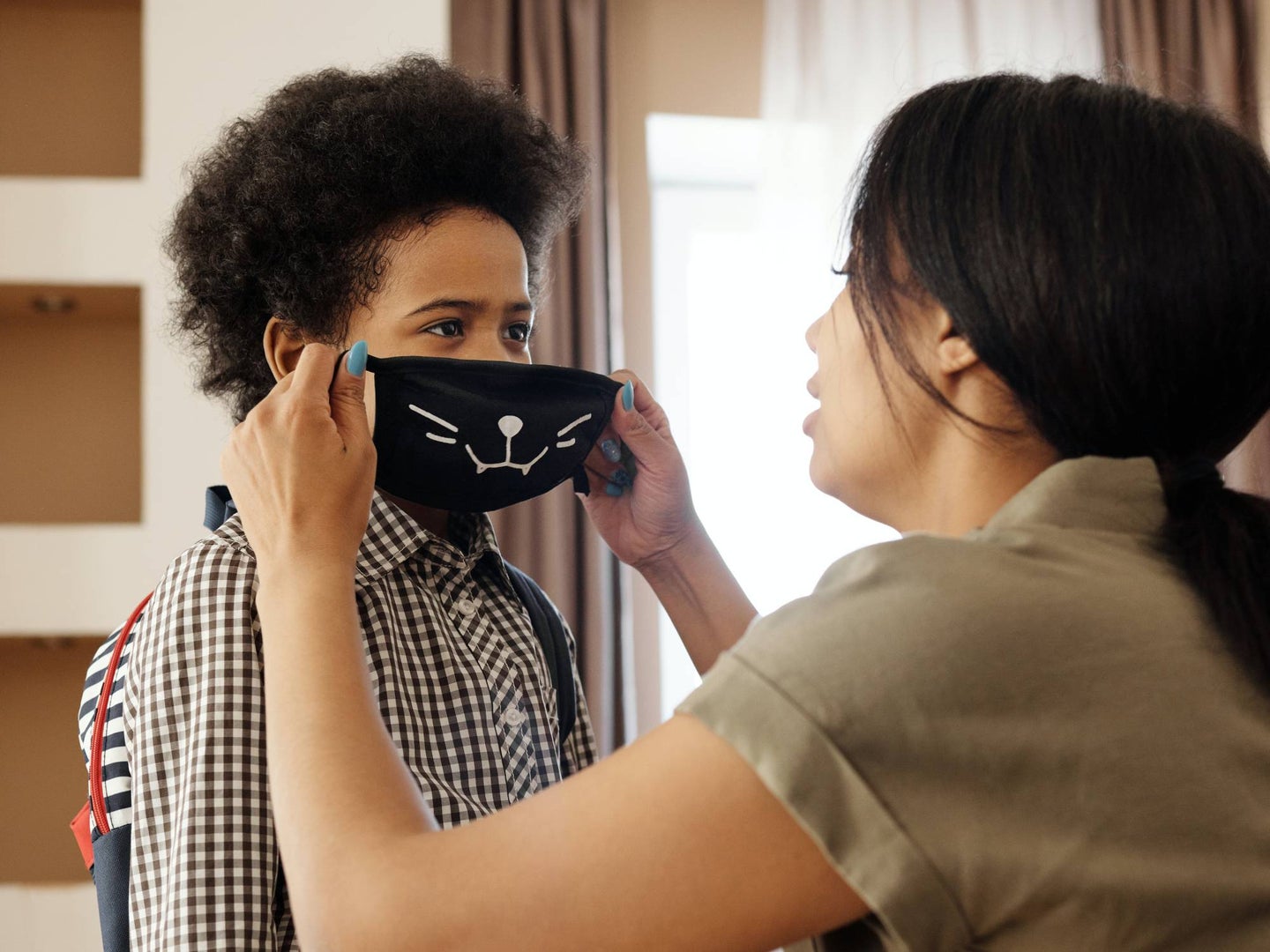 Four states currently have plans to lift their statewide mask mandates in schools. Governors are citing waning infection rates, as the Omicron surge dies down, as a sign that the mandates are no longer needed.

Connecticut, New Jersey, Oregon, and Delaware have all announced they are ending their school mask mandates—in Connecticut’s case, as early as February 28. New Jersey’s mandate will lift on March 7, and Delaware’s and Oregon’s will end on March 31. Oregon and California are also dropping their general indoor mask requirements, though unvaccinated individuals in California must still wear masks indoors. Individual school districts may choose to keep their own mask mandates, and students in every state will be able to continue wearing masks if they choose to.

According to data from the US Centers for Disease Control and Prevention, the percentage of people who are fully vaccinated against COVID-19 is 68 in Oregon, 73 in New Jersey, 77 in Connecticut, 67 in Delaware, and 70 in California. These are all above the average US vaccination rate, which is at 64 percent.

Carlos del Rio, the executive associate dean of the Emory University School of Medicine, told CNN that in highly vaccinated communities, “maybe removing masks is actually the right thing to do.”

Eleven states have mask-wearing mandates in schools. Students in New Jersey were required to wear masks as early as September 2020, when schools reopened after the initial pandemic lockdowns. In his announcement on Monday, New Jersey Gov. Phil Murphy called the move to end the mandate “a huge step back to normalcy for our kids.”

[Related: Here’s what the CDC is now saying about masks and respirators]

Mask-wearing for kids in school has been a fraught subject throughout the pandemic, with passionate arguments from both sides. Some states, like Florida, Texas, Virginia and Utah have banned mask mandates in schools, though students have the right to wear them if they want. Those against the mandates cite impediments to learning, and difficulties teaching young students to socialize, especially for students with learning or cognitive disability. There’s also evidence suggesting that mask mandates in schools aren’t actually very effective at mitigating the spread of the virus, especially when children wear only cloth face coverings.

Mask-wearing advocates, on the other hand, emphasize the still-prevalent risks of infection, as well as the fact that vaccination rates in school-aged children are still low—and no COVID-19 vaccine has yet been approved for use in children under the age of 5. Plus, there is concern that children could transmit the virus to vulnerable relatives.

“Saying that children are less likely to die of COVID, less likely to get severely sick from COVID, doesn’t mean that they can’t and that they don’t,” Jeanne Craft, president of the New Jersey chapter of the American Academy of Pediatrics, told The New York Times.

New York Governor Kathy Hochul also spoke to The Times, and said last week the state is “striving” to remove mask mandates in schools, but that vaccination rates for younger children needed to rise first. “The more children we have vaccinated, the safer they’ll be when they go to school…We’re just not there yet,” the governor said.

If the sudden arrival of the Omicron variant tells us anything, it’s that the pandemic’s trajectory can change quickly. Stephen White, a 55-year-old father of a 14-year-old son, told the AP that he would not be in favor of lifting the school mask mandate now, but in four weeks time, it may be a different story.

“By that time period, if the rates are going down and they can say that ‘OK, kids are vaccinated’—if they have a substantial amount of kids that are vaccinated—I don’t have a problem with them not wearing a mask at school,” he said.