A highly virulent, but treatable, HIV strain has been quietly circulating since the ’90s

While it might be more contagious, it is not necessarily more deadly. 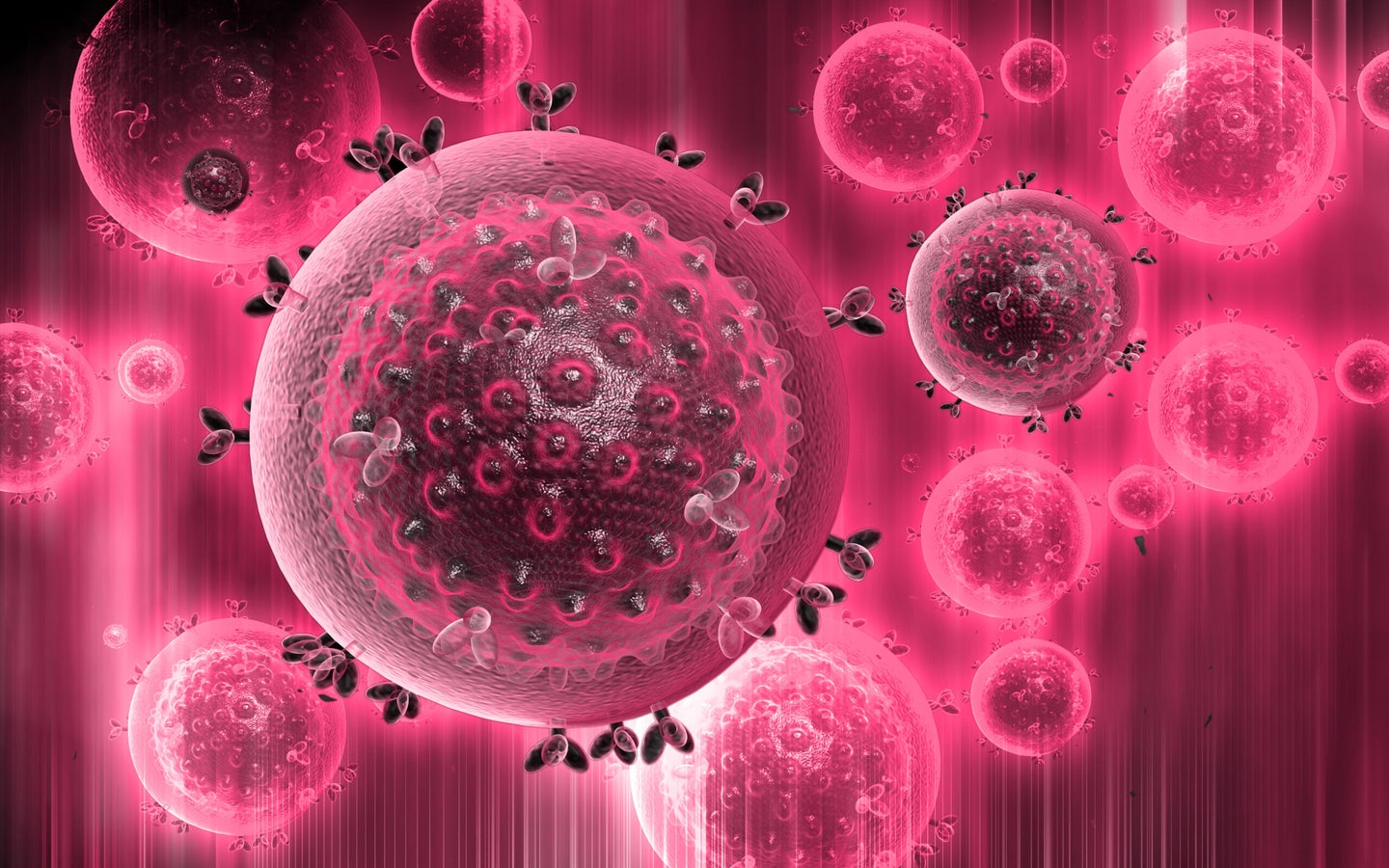 Researchers from the University of Oxford have discovered a previously unknown, highly virulent variant of HIV circulating in the Netherlands since the 1990s. They published their findings today in Science. However, there is no reason for alarm, the variant’s discoverers say: The virus appears to respond to treatment similarly to comparable HIV strains, and it’s unclear whether it’s more deadly than those strains.

So far, the researchers have identified 109 people with this variant in total, 107 of whom were among 6,706 participants in the AIDS Therapy Evaluation in the Netherlands (ATHENA) cohort which is part of the Bridging the Epidemiology and Evolution of HIV in Europe (and Uganda), a.k.a. BEEHIVE, project. They also identified one Belgian individual and one Swiss individual as part of additional BEEHIVE cohorts.

The variant belongs to a family of HIV strains known as B subtypes, but it appears to generate more virus particles and also more quickly decrease certain immune cells than previously known subtype B variants. The HIV subtype B, though it only accounts for about 12 percent of global HIV infections, is the most common subtype in North America and Western Europe, and is the most genetically studied HIV subtype, according to Chris Wymant, a senior researcher at the University of Oxford and lead author of the paper.

What does highly virulent mean?

Virulence characterizes the severity of a virus—in other words, how badly it affects your health. When referring to HIV, virulence is often quantified using two metrics: viral load and the decline of white blood cells known as CD4+T cells. The researchers observed a 3.5-fold to 5.5-fold increase in viral load and a 2-fold increase in CD4+T cell decline speed in individuals with the new variant, compared to individuals with other subtype-B HIV strains.

In terms of HIV, viral load is the concentration of virus particles in one’s blood plasma, the liquid part of blood that carries blood cells and platelets through the body. Viral load serves as a proxy metric for how harmful an infection is because viral load alone won’t necessarily determine how much it damages you, Wymant says.

“The more virus there is in the blood, the worse that tends to correlate with other measures,” Wymant says. “It serves as a predictor for what might happen later.” The researchers also predict that because of the high viral load, the new variant could be more infectious, according to Wymant.

CD4+T cells are crucial in helping jumpstart your body’s immune response to infections. (That is why they are often referred to as “helper” T cells.) HIV virus particles attack CD4+T cells, critically hindering the body’s ability to fight new infections.

If CD4+T cell decline is severe enough—falling below 200 CD4+T cells per cubic millimeter of blood—or an HIV-positive person develops an opportunistic infection like pneumonia, their HIV has developed into AIDS. Without HIV medicine, people with AIDS typically have three years to live, according to HIV.gov. That is why preventative drugs like pre-exposure prophylaxis (PrEP), testing, and early interventions with antiretroviral treatments are so important in defending against and treating HIV.

How did this variant mutate?

Through genetic sequencing, the researchers surmised that the variant arose from a series of mutations over time, Wymant says. However, the researchers weren’t able to identify which specific mutations occurred in subtype B to create this new variant.  This new variant is very different from all the other variants of subtype B, according to Wymant. It has about 250 amino acid changes and about 500 nucleotide changes, which occurs when one of the DNA building blocks—known by letters A, T, G, and C— switches to a different letter.

“Because all of those mutations have happened pretty much together, we don’t know which of them is the one that’s responsible for [its virulence],” he says. Wymant hopes that future research can identify which specific mutations occurred to make this variant is so severe. The rate of CD4+T cell decline is fast even for a variant with such a high viral load, Wymant says.

“So that might be because there’s something slightly different happening at a molecular or cellular level,” he says.”

No cause for alarm

Wymant is very clear that, as long as people treat this variant with the same vigilance as other HIV strains, it shouldn’t be a cause for alarm. If treatment with antiretroviral drugs begins early, as is recommended with all HIV strains, the researchers found that the new variant responds similarly compared to other subtype B strains.

Wymant says that these drugs can stop, and to some extent, reverse CD4+T cell decline caused by the new variant. The researchers also did not observe any significant differences in mortality rates between those with the new variant and other subtype B strains, but they were only able to detect large differences in mortality rates with their dataset.

That said, Wymant emphasizes that this discovery, like COVID-19 variants, shows how important it is to stop the spread of a pathogen before it mutates.

“Viruses and bacteria can surprise us with their evolution. They can turn into something which is worse for us,” Wymant says. “Every time you prevent a pathogen from passing from one person to the next, you’re not only saving that person from the infection that they would have had, but you’re denying that pathogen an opportunity to evolve into something else.”