The FDA investigated the ongoing baby formula shortage. Here’s what it found.

Experts weigh in on issues that are still unresolved. 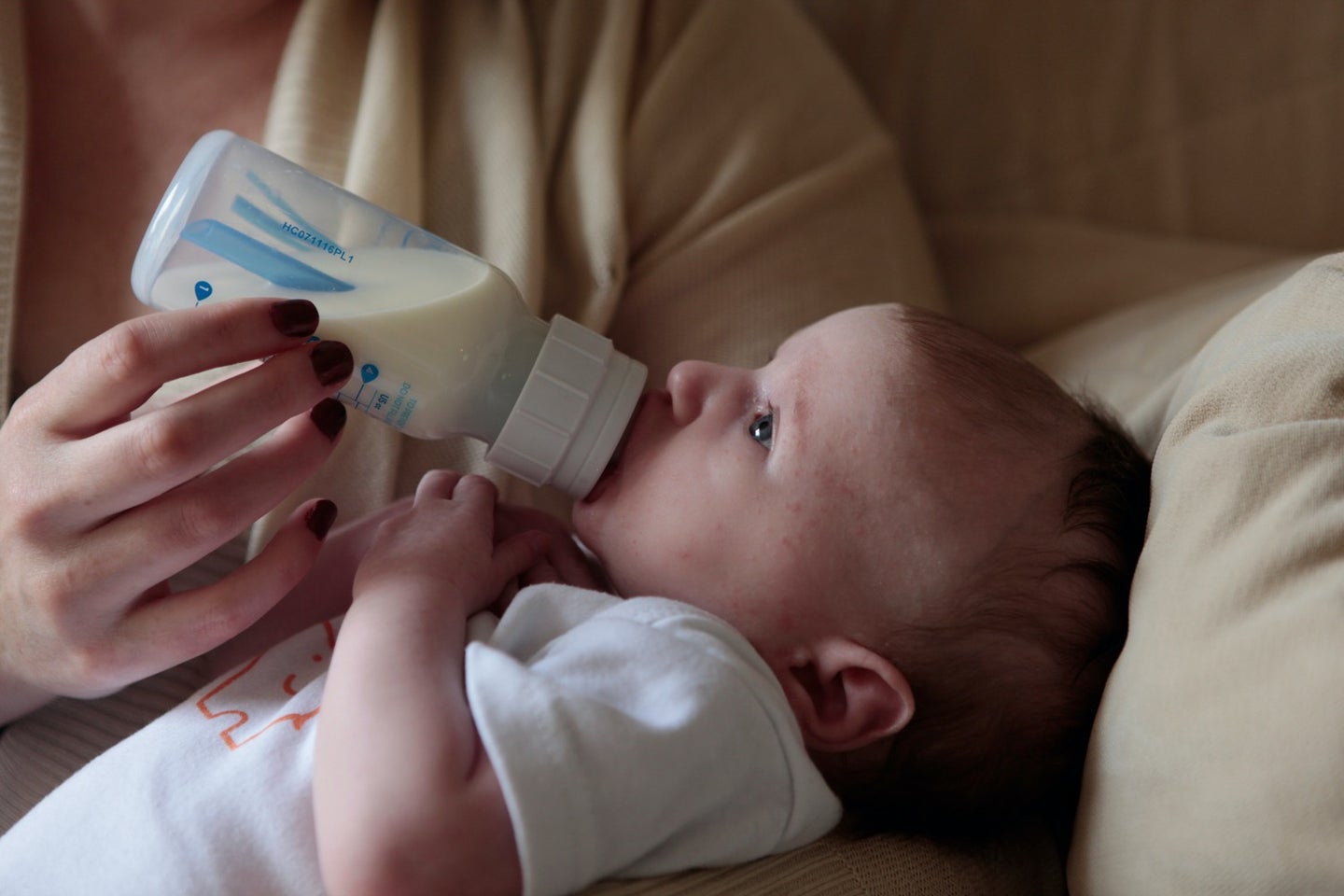 The FDA released its findings on the baby formula shortage. Here are the takeaways. Lucy Wolski/Unsplash
SHARE

The baby formula shortage is far from over, but to prevent future scarcity, the United States is taking a critical look at what went wrong earlier this year. On September 20, the Food and Drug Administration (FDA) released an internal report on the fumbles and mishaps that led to a delay in response to the formula crisis. A number of reasons were listed, including outdated data systems, insufficient emergency response systems capable of managing multiple public health emergencies, and lack of consumer education on how to handle and prepare infant formula. The agency also acknowledged that there are many unknowns about the bacterial contaminant Cronobacter, which was reportedly found in baby formula products from Abbott Nutrition.

“The baby formula shortage was a perfect storm,” explains Jenelle Ferry, neonatologist and director of feeding, nutrition, and infant development at Pediatrix Neonatology of Florida. “You had a combination of COVID pandemic restrictions, supply chain issues, and now you’re involving a situation with a company [Abbott Nutrition] that is a major manufacturer of formula products.”

On February 17, 2022, the FDA sent out a warning to consumers to stop using powdered infant formula from Abbott Nutrition after concerns of bacterial contamination in its products. Shortly after, Abbott voluntarily recalled infant formula products and shut down the facility during the ongoing FDA investigation. Before the recall, the company was responsible for 40 percent of infant formula production. The uncertainty of when products would be back on shelves led to panic buying, making them hard to find. “The situation created unrest and distrust of the whole process, and I think families did not know what to believe or what was safe for their babies,” says Ferry.

[Related: What the FDA is doing about the US baby formula shortage]

Ferry explains part of the reason for the mistrust is the lack of understanding behind what actually happened to the babies who allegedly drank formula contaminated with Cronobacter. An initial report indicated that babies got sick with Cronobacter after drinking similar—but not the same—formula from Abbott, she says. “It’s very misleading to say the formulas was contaminated because it’s not clear [if] the two infants that died did because of Cronobacter.” Testing later revealed that Cronobacter was on some surfaces of the manufacturing plant, but tests to identify the bacterial strains in the infants found they did not match those found in the factory. Ferry says the results get “muddier” because the strains found in the baby formulas were different from each other, which suggests that it’s unclear where the bacteria originally came from.

This isn’t the first time Cronobacter has been a problem in such products—the bacteria is a known contaminant of infant formula. Richard Martinello, an infectious disease expert at Yale School of Medicine, says that the bacteria is naturally present in the environment and has a preference for very dry environments, such as dry powdered baby formula. It is an opportunistic bacteria that causes severe infections in vulnerable populations such as infants with less developed immune systems. While Cronobacter infections rarely happen—two to four cases are reported each year in the US—an infected infant (less than one year old) may experience symptoms ranging from fever, seizures, to meningitis. If untreated, there is a high chance of death or for the meningitis to lead to long-term neurological issues.

Ferry stresses that when you look at the contamination, you have to ask what was first exposed and where. She says the Cronobacter was not directly found in any of the recalled items—making it possible that the product was exposed to bacteria from other environmental conditions or handling rather than a contaminated ingredient. There are also a lot more opportunities for the formula to have picked up the bacteria, such as on countertops, storage, and even at home when the infant formula is not safely handled or prepared.

Among the FDA’s suggested areas of improvement, Martinello says it is important to create a system to make Cronobacter cases a reportable disease where states can identify infections. Doing so will help better understand the frequency of cases and allow more opportunities for scientists to study the bacteria.

[Related: 3 solutions for when you can’t find your baby’s formula]

Infant formula is regulated as a food product, but experts agree it’s a life-saving item for babies under six months, when milk is the primary source of nutrition. Arik Alper, a pediatric gastroenterologist and assistant professor of pediatrics at Yale School of Medicine, explains that infants and toddlers with special needs were hit hardest by the low stock of infant formulas. Abbott is a major producer of special formulas for babies that have food allergies, an inability to digest certain proteins in the diet, or have a disease where they need non-dairy formulas, says Alper. “If you need a standard formula there are other options, but we have a problem when special formulas are not available,” he says. “It’s not easy [for babies] to adjust to a new formula and the transition may be associated with gastrointestinal problems such as vomiting or irregular bowel movement.”

Ferry says the only alternative to safely and adequately feed a baby under six months when infant formulas aren’t available is breast milk. However, she points out that often people choose infant formula because breastfeeding is not an option for all caregivers. Another possibility is to find other brands of infant formulas, although that is less of an option for infants with special needs. Though he does not recommend it, Alper has seen some parents create their own formula recipes in a blender at home. He says this would be better suited for older children and if a parent insisted on making their own stock, the process should be supervised by a nutritionist to ensure a nutritious and balanced diet. One thing he advises against is parents diluting their existing stock of formula to make it last. To provide a growing child 100 percent nutrition, “you need to make sure they get enough calories—they need enough nutrients, vitamins, and fiber,” Alper says.

Production at Abbott’s Michigan plant resumed in early July. Currently, the FDA is forming groups that will work on improving the gaps uncovered in the baby shortage investigation and will reevaluate their progress in a year.