Nutrition advice for babies and toddlers has been fraught with errors. That’s about to change.

The 2020 dietary guidelines will include recommendations on what to feed Americans under age two. 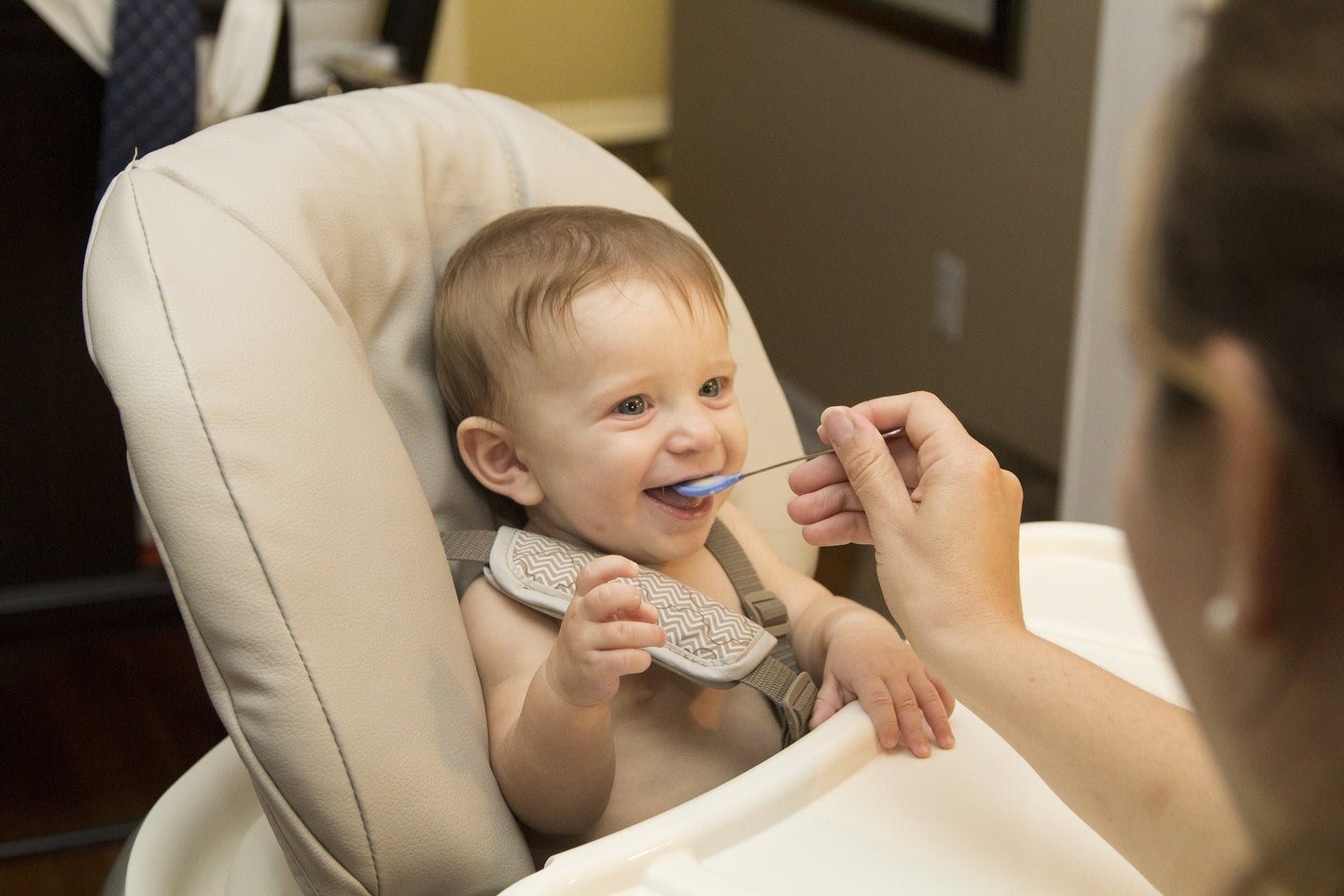 Every five years, nutrition experts from across the country congregate in Washington, D.C. to begin the tricky work of deciding how and what Americans should eat. This also includes what federal aid programs should pay for and what hospital and school lunches should include. But the 2020 guidelines, set to come out next spring, will be the first to take into account a previously neglected group of Americans: infants under the age of two.

The right food is critical for proper development, but what that “right food” is has been socially and emotionally contentious. Parents are bombarded on social media and other sites by an ever-changing stream of advice on how to nourish their young children: Introduce vegetables before bananas to be sure your child will like greens, breast-feed whenever possible as its better for your baby’s gut microbiome, skip pureed foods and go straight to choke-free, finely chopped snacks. And that’s just what parents are up against in 2019. The history of infant nutrition recommendation is rife with absurdity. Mothers in the 1910s were warned that feeling anything but happy when breastfeeding would cause a colicky baby. In the 1960s, pediatrician Walter Sackett wrote a book recommending infants eat bacon and eggs at nine weeks old “just like Dad”.

“[Even] the recommendations of pediatricians in the past were [in a sense] made up,” says Steve Abrams chair of the American Academy of Pediatrics (AAP) committee on nutrition. Abrams notes that some common official advisories such as avoiding spicy foods during gestation come from ancient texts and are often rooted in mythology rather than science. The dietary guidelines committee is now challenged with deciding which scientific evidence is strong enough to inform recommendations.

The process isn’t straightforward. Nutritional studies abound, especially in recent years. But some studies are simply better than others. The best ones include a large number of people, interview patients about their diet instead of relying on self-reported food diaries, use a representative population, and disclose all forms of funding.

The committee doesn’t just look at the evidence, they grade it, says Joan Meeks, a pediatrician at The Florida State University College of Medicine, as well as a registered dietician and lactation consultant. Based on the strength and quality of the evidence, they decide how strongly they should advise one thing over another.

At the end of the day nutrition, especially infant nourishment, is a difficult science says Abrams because we can’t randomly assign babies to test diets or keep them captive while we measure the effects of these diets. Only rarely do researchers have complete control over the food their subjects eat. Thus, the committee will have to draw conclusions based on the best available science which isn’t always as robust as we would like.

The committee has established eighty-four questions they will deliberate on until the spring of 2020, and around twenty-nine of those are focused on maternal and infant health. Abrams says one of the most hotly debated topics is when to introduce solid food. The World Health Organization recommends exclusive breastfeeding through 6 months—which only 25 percent of American babies are according to the CDC—and then as often as possible through age two.

Recent research has also shown that early inclusion of certain foods, like peanuts or eggs, can reduce the risk of developing food allergies. The most famous research on the topic is the UK’s LEAP study which found that children at risk of developing a peanut allergy were far less likely to become allergic if they were exposed to peanuts before 12 months old. These results prompted the National Institute of Allergy and Infectious Diseases to change their recommendation in 2017: peanut introduction not avoidance is the best way to prevent an allergy in infants.

The committee is expected to make some recommendations on what foods should be fed first and how early. Will they mirror the WHO guidelines and recommended only breast milk for the first six months, or will the evidence lead them to recommend parents to introduce strategic solids, like nuts, sooner in hopes of warding off food allergies? Abrams says the AAP’s Committee on Nutrition is closely watching to see what they decide.

As for mothers, the committee will also make recommendations on prenatal and lactation diets. Though there are an enormous number of trends in maternal nutrition ranging from following a gluten-free or vegan diet during pregnancy to even eating your own placenta post birth, Meek, says that the evidence is in favor of a varied, balanced and non-restrictive diet. She expects the guidelines to emphasize that a varied diet is best to protect against food allergies in the baby and to promote a balance of vitamins and minerals.

The goal here, however, is not to define a perfect situation—for mother or child—but to offer options, Abrams says. Rather than rigid guidelines, like those Walter Sackett tried to construct back in the 60s, these recommendations will aid mothers and parents living in a variety of different circumstances with decision making. For instance, when a mom feels she is ready to stop breastfeeding, she can broach the subject with her pediatrician, he says. And hopefully, based on the 2020 recommendations the doctor can present her with the risks and benefits of how this decision could influence her child’s health.

Meeks says she’s happy to see the committee address this stage of life’s nutritional needs, as they had been omitted from previous guidelines. But she says that the challenge now will be to draw conclusions based on evidence and avoid conflicts of interest.

A great deal of academic nutrition research is funded by industry, and it can often be a rich partnership. Where there’s a confluence of academic and industry interest, companies can provide a much needed investment into objective academic research, says David Katz, director of the Yale-Griffin Prevention Research Center which is one of the Centers for Disease Control’s research centers. But a fine line exists between confluence of interest and conflict of interest. It became clear in 2015 that Coca-cola quietly funded research at the University of Colorado that shifted the blame for obesity away from sugar (and sugary drinks) and towards a lack of exercise—”evidence” that was astoundingly advantageous to the beverage giant. It’s through Mars-funded research that dark chocolate climbed the dietary ranks to become a health food.

So the fact that some experts serving on the birth to 24 months sub-committee have received funding for past research from formula and baby food companies like Nestle or Danone leaves other experts wary. Baby food and formula is projected to be worth $120.59 billion by 2025, according to Androit Market Research. Though it doesn’t publicly acknowledge this, the USDA requires all committee members to report their conflicts of interest, according to members of previous dietary guidelines committees.

Once the scientists submit their recommendations in the form of a lengthy report in early 2020, the USDA will then turn those into guidelines like My Pyramid and My Plate.

“Hopefully its as transparent as possible,” Meeks says, “and does the best job [at] promoting our nation’s health and the health of women and children.”