What the FDA is doing about the US baby formula shortage

The FDA will work with the largest US baby formula maker to reopen a key facility. 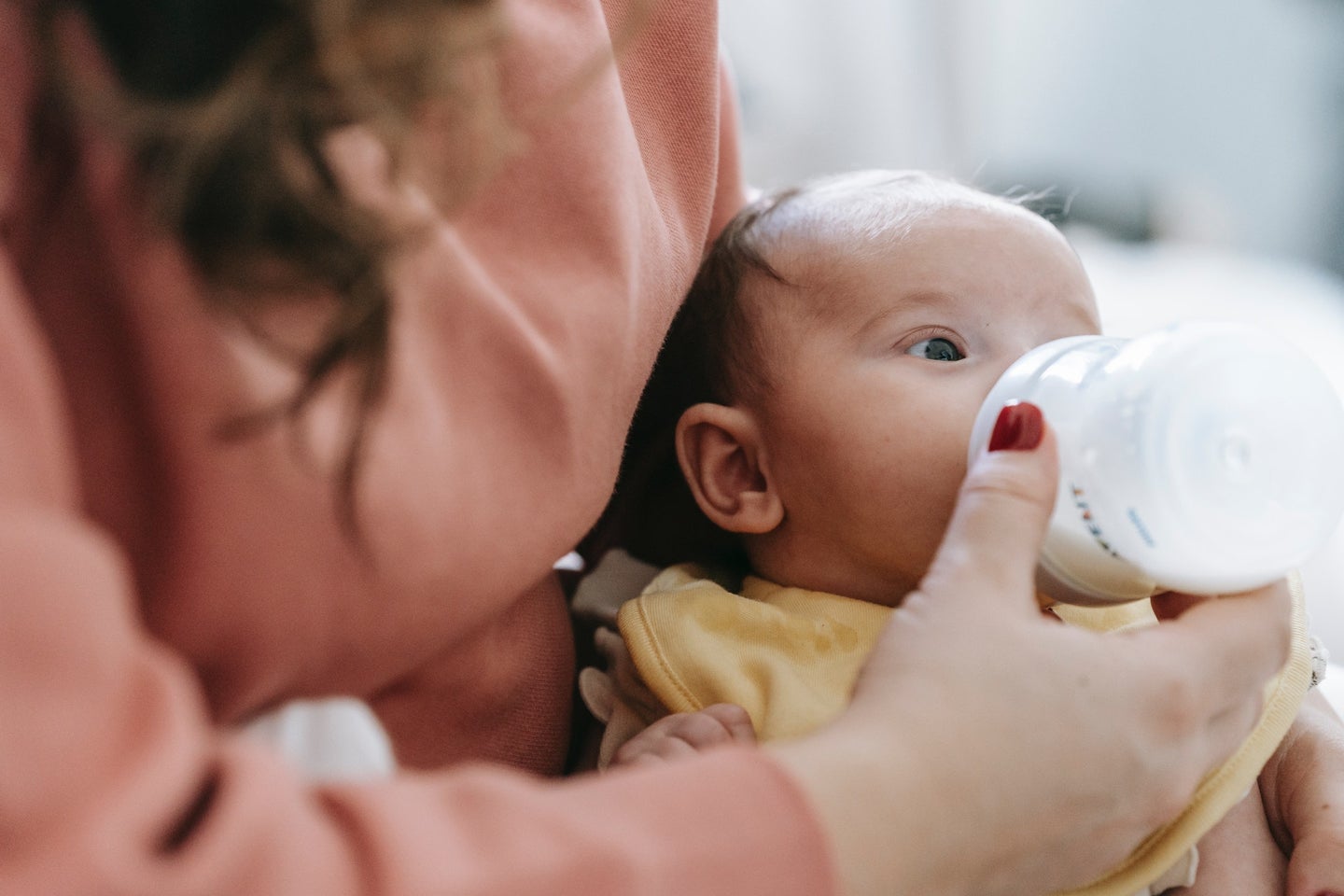 US families are struggling as a nationwide shortage of baby formula drags on. The shortfall is currently exacerbated by a production facility shutdown at Abbott Nutrition, the country’s largest baby formula maker. Earlier this year Abbott recalled several products—including Similac, Alimentum, and EleCare—after at least four babies were hospitalized and two died from bacterial infections after consuming its powdered formulas.

The Food and Drug Administration and Abbott Nutrition reached an agreement on Monday for the company to take corrective measures and reopen its facility in Sturgis, Michigan, in an effort to mitigate the current shortage. The FDA announced that this move should get more infant formula products back on the shelves—the agency will be keeping a close eye on Abbott Nutrition to ensure that the manufacturer meets safety standards. On Monday, the FDA separately announced more flexible guidelines for international companies importing baby formula products to the US as a way to boost availability.

“We are doing everything in our power as part of the all-of-government efforts to ensure there’s adequate product available wherever and whenever parents and caregivers need it,” FDA Commissioner Robert Califf said in a statement. “We are hopeful this call to the global market will be answered and that international businesses will rise to the occasion to assist in bolstering the supply of products that serve as the sole source of nutrition for many infants.” Baby formulas from overseas suppliers, he said, could reach US stores within weeks.

The US normally produces about 98 percent of the infant formula products it consumes, with imports primarily coming from Mexico, Ireland, and the Netherlands. However, US production facilities have been struggling with supply chain issues since the fall of 2021, and the closure of Abbott Nutrition’s Michigan facility drastically reduced formula in stores.

[Related: 3 solutions for when you can’t find your baby’s formula]

Without formula, parents have been searching for creative ways to feed their infants. Some have tried  diluting their stocks of formula or switching to new types of formula. The FDA does not advise parents to try and make their own homemade formula. Others have attempted to resume breastfeeding, which may be a struggle.

The formula shortage has opened a conversation about the difficulties of breastfeeding, exposing many parents to criticism. But breastfeeding is not an easy task, often requiring an immense amount of time and physical strain on the breastfeeding parent. Some babies cannot breastfeed due to health concerns—which may be on part of the parent or child—and parents of non-biological children are often unable to provide breast milk.

The idea that every woman can automatically produce all of the breast milk her baby needs “is not predicated on reality,” Alison Stuebe, who studies how infants and young children feed at the University of North Carolina’s Gillings School of Global Public Health, told The New York Times. Stuebe points to the fact that the human body often struggles to produce things it needs—but those are not moral failings. “Every person can’t make all the insulin they need,” she added. “That’s why there’s a disease called type 1 diabetes — and we don’t say, ‘Well, if you just tried harder, you wouldn’t need that medicine.’”