What makes gluten-free oats different from regular ones? 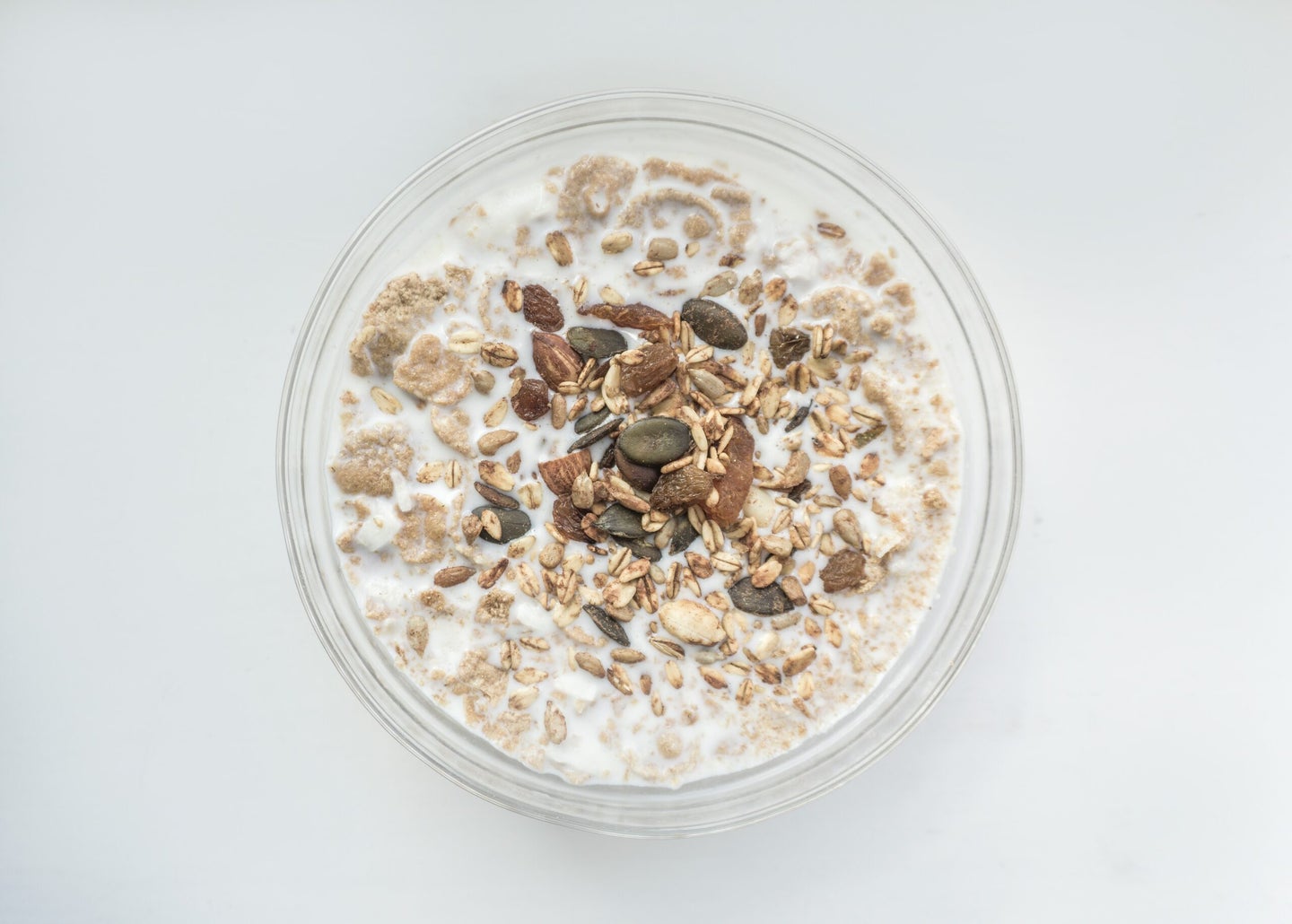 This post has been updated. It was originally published on December 10, 2019.

There’s been a real uptick in gluten-free labels at the grocery store, including on drinks and snacks you know shouldn’t have any gluten to begin with. But if you’ve made fun of gluten-free oats, you might want to take back that joke.

Oats don’t naturally contain any gluten, but research suggests the vast majority of the bags you see in supermarket aisles have high enough levels to poison someone with celiac disease. Not many people have any idea why this is, but now that we’re squeezing milk out of our oats, it might pay to know a little more about this mysterious association between oats and gluten.

If oats don’t have gluten, how can they not be gluten-free?

There are two categories of foods that contain gluten:

[Related: Is corn a fruit, vegetable, or grain?]

Oats fall into the second category, mostly because they’re often grown alongside or in rotation with wheat, then processed on machinery shared with gluten-containing grains. For the vast majority of farmers, this isn’t a problem. If a few wheat seeds (or rye or barley seeds) get into your oats, they won’t have a huge impact on the final product’s taste or texture, especially if that lot is destined to become flour.

How much gluten could there really be?

It’s easy to feel like people are just being overly dramatic about gluten contamination. What’s one bit of barley in a whole field of oats?

But if you have celiac disease, that one little gluten-containing seed matters a lot. The limit to call something “gluten-free” in the US is 20 parts per million of gluten to total product. That means for every million oat granules, you have to have less than 20 gluten-containing grains.

That’s why studies analyzing the gluten in standard commercial oats have consistently found they’re not safe for celiacs. One 2008 study found contamination in 71 percent of their 109 samples. Another looking specifically at Canadian oats (many of which make their way to the US), found gluten in 88 percent of the 133 samples tested. That means if you’re really sensitive to gluten or you have celiac disease, you can’t trust any oats not specifically labeled “gluten-free”

So how do you get rid of the gluten in oats?

To eliminate those gluten-containing seeds, you either have to sort them out or grow the oats in their own separate field, and in both cases you have to do the rest of the oat processing on dedicated machines in buildings that never see any glutinous grains. That means most of the oats produced in America have some gluten in them—it’s just too time-consuming and expensive for most growers to bother.

More manufacturers have started producing gluten-free oats, but there’s a lot of discussion within the celiac community about just how safe each of the two methods are. Most of the large manufacturers, like Bob’s Red Mill and General Mills, use a mechanical (also called optical) sorting method to physically remove contaminants from the oat supply. Some people with celiac argue that’s not good enough because the sorting simply isn’t sufficiently thorough.

You’ve probably never seen a wheat seed—it’s almost always processed into flour first—but they look a lot like oats, as do rye and barley seeds. That makes them very challenging to sift out using a machine. Manufacturers get their gluten-free certification by analyzing roughly 20 samples, then averaging the results together, but that can mean that some lots have gluten above the 20 ppm mark. As long as the average is low enough, the manufacturer still passes the test.

That said, lots of manufacturers may not have that issue—all of their samples may be under the limit. You just can’t know that for sure. Many celiacs eat gluten-free oats with no problems, but if you’re worried about it, you can choose to only eat oats that have been produced under the purity protocol, which involves growing them entirely separately from any grains containing gluten (you can see a list of those manufacturers here). It’s all a matter of just how safe you want to play it.

Oats are a surprisingly complicated issue, but if you can work them into your diet they’re an excellent source of whole grain fiber—and we could all use a little more of that.