Found: A Strange Purple Blob Deep In The Ocean 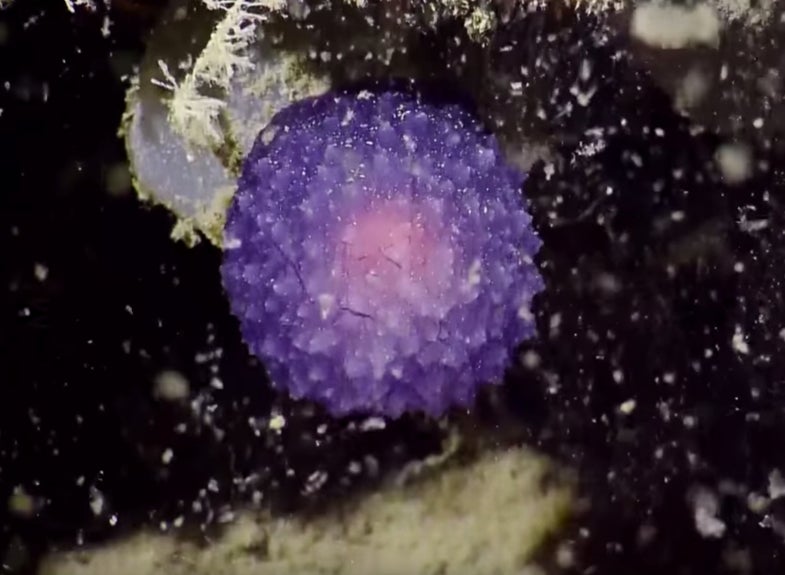 What’s small, bright purple, and looks like a squishy glow stick? We have no idea.

On a recent dive, researchers operating an ROV in the waters of the Pacific off the coast of Los Angeles noticed something very strange in the water. A bright purple blob was hanging out under a protective overhang, much to the utter excitement of the researchers watching live video from the dive. Though they had absolutely no idea what it was, they quickly collected it, fending off a crab with apparently similar goals: see the purple thing, grab the purple thing.

Watch the video of the blob encounter below.

After the sample was collected, it separated to show two lobes. Researchers won’t be able to positively ID it for a while, but there is some speculation that it might be a nudibranch.

If it is a nudibranch, its colorful characteristics would fit right in with the rest of the animal group. Nudibranchs come in a wild variety of colors and shapes. 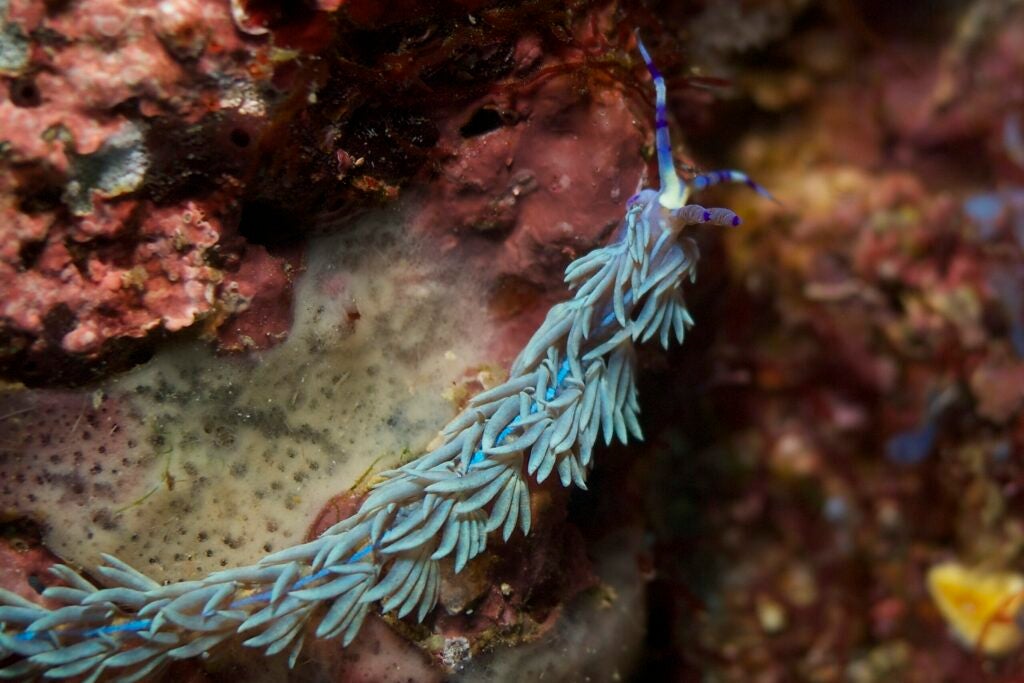 The ROV was launched off the E/V Nautilus, an exploration vessel operated by the Ocean Exploration Trust. From July 24 through August 12th it will be exploring the Southern California Margin, a densely populated area. They will be streaming live footage from the mission. In the past their ROVs have caught sight of all kinds of amazing sea creatures, including a sperm whale.