Climate Change Will Noticeably Reduce Oxygen In The Oceans By 2030

It's getting harder and harder to breathe 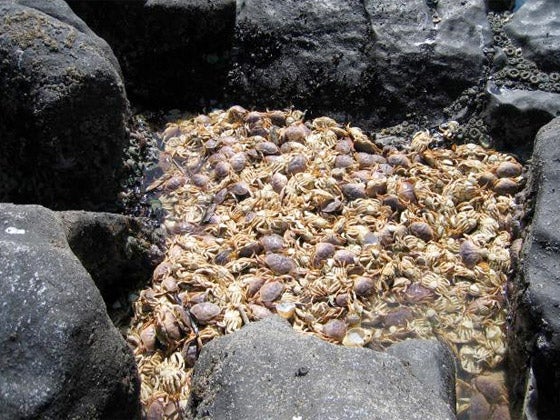 There might be plenty of fish in the sea, but what about oxygen for those fish?

A study published in Global Biogeochemical Cycles found that we will be able to detect a loss of oxygen due to climate change in oceans all over the world by 2030.

Low oxygen levels in water can create dead zones, areas of the ocean where sea life such as crabs, fish, and other animals can’t live. These already occur periodically around coastlines, in shallow water, and even in the open oceans when sea surface temperatures are warm. Unfortunately, with temperatures rising around the world, this could only get worse.

“Loss of oxygen in the oceans is one of the serious side effects of a warming atmosphere, and a major threat to marine life,” NCAR scientist and lead author of the study Matthew Long said. “Since oxygen concentrations in the ocean naturally vary depending on variations in winds and temperature at the surface, it’s been challenging to attribute any deoxygenation to climate change. This new study tells us when we can expect the effect from climate change to overwhelm the natural variability.” 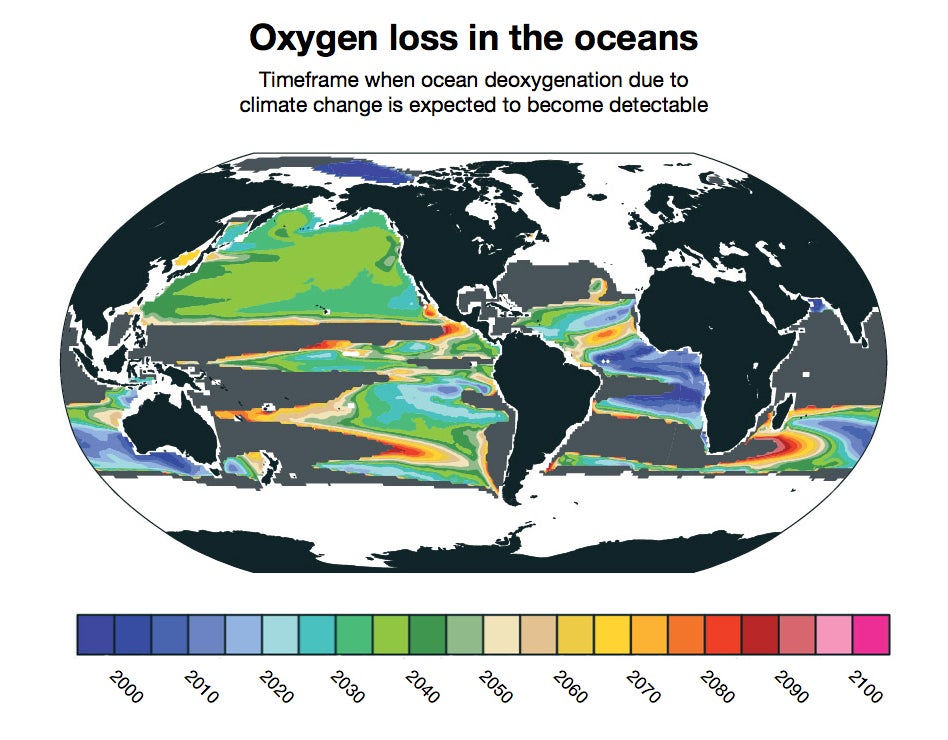 Over the next few decades, expect to see more evidence of less oxygen in the oceans.

Low levels of oxygen in the oceans can be devastating. Not only can they kill or slow down ocean life in the present, but if low oxygen levels persist, they can have grave impacts on the future. ‘The Great Dying’ is an extinction event that killed roughly 90 percent of species on Earth 250 million years ago. Researchers looking at the event found that low levels of oxygen in the oceans probably slowed down the recovery of life on Earth. After that extinction, it took five million years for the diversity of life to recover as oxygen levels in the oceans slowly rose back to normal.