Aww and Awe At Unknown Species Of Ghostly Octopus 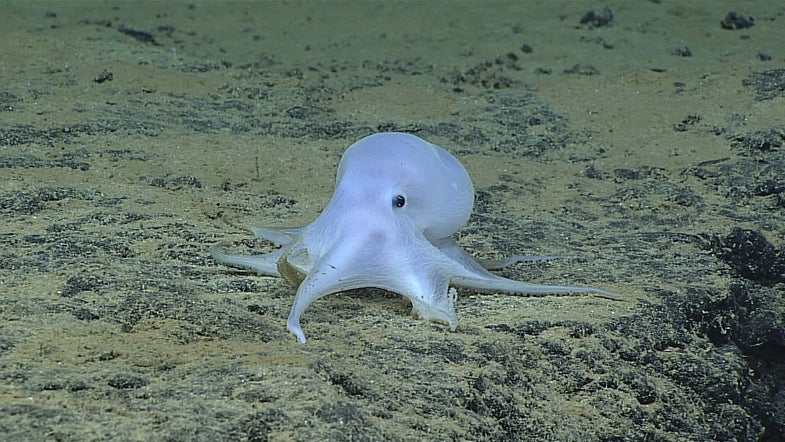 A remote controlled vehicle on a NOAA dive spotted a ghostlike octopod deep in the ocean near the Hawaiian Archipelago. "It is almost certainly an undescribed species and may not belong to any described genus," NOAA reported. NOAA Office of Ocean Exploration and Research, Hohonu Moana 2016
SHARE

Researchers aren’t used to seeing ghosts on the seafloor.

But on the latest cruise of a submarine controlled on NOAA’s Okeanos Explorer they found an adorable octopod all ready for Halloween on the seafloor near Hawaii’s Necker Island.

The team working on the remote-controlled submersible has captured other amazing sea life before but none so spooky as this. The researchers were sending a live stream of their exploration back to shore, where land-based scientists were surprised by the apparition. The octopod is believed to belong to a completely unknown species, and may even be part of an unknown genus. 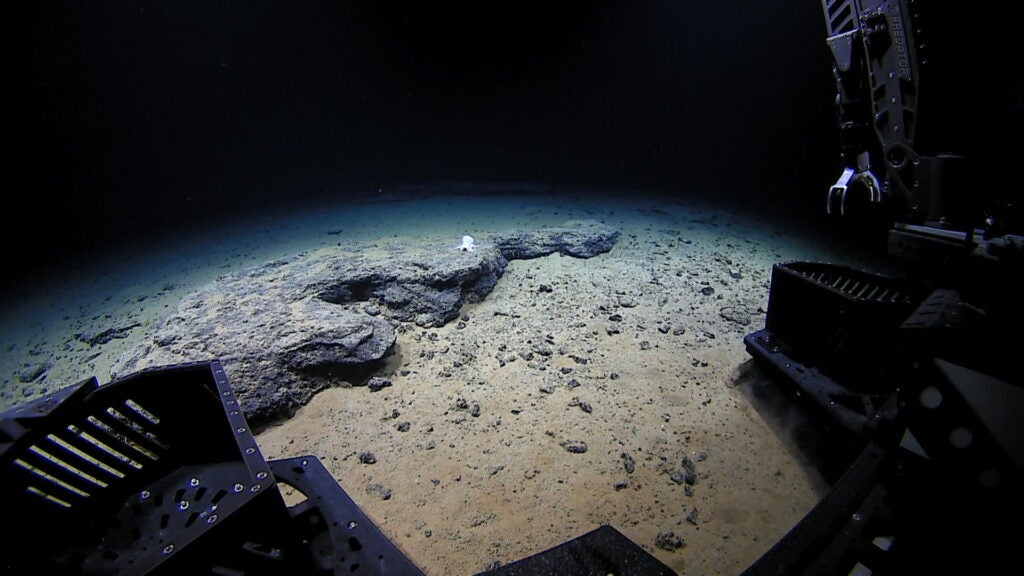 This submarine ain’t afraid of no ghostopus.

See the spookily adorable ghost octopus in action here (and listen in to the excitement of the researchers seeing it for the first time).