Where no human has gone before 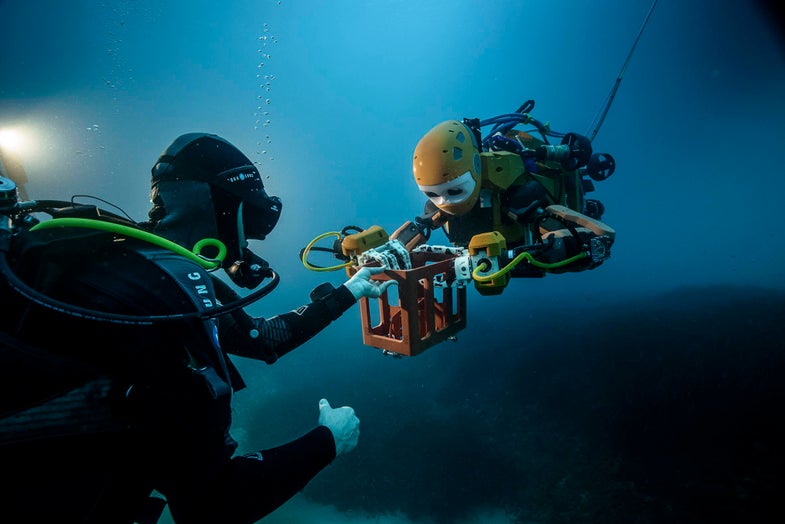 Meet OceanOne, a robot avatar that lets humans explore deep under the Ocean’s surface, without any of the dangers or time limits associated with diving.

While a human diver is constrained by pesky things like air and pressure when doing underwater research or excavations, a robot can stay underwater for much longer, collecting samples in hostile underwater environments.

OceanOne was tested at the archeological site of the shipwreck La Lune off the coast of France. La Lune, a flagship that sank in the Mediterranean in 1664. It lies under 300 feet of water, far beyond the reach of recreational SCUBA divers, who limit themselves to 130 feet.

Unlike submarines, which have limited ability to take delicate samples, and have tools that require extensive training to use, OceanOne is controlled by haptic joysticks, letting its operators feel the lightness or heaviness of whatever object it’s holding, thus giving researchers a much more hands-on feel.

“You can feel exactly what the robot is doing,” Oussama Khatib, leader of the OceanOne project, said. “It’s almost like you are there; with the sense of touch you create a new dimension of perception.”

While its first test was on a shipwreck, the initial inspiration for OceanOne was to create something that would allow researchers explore the extraordinarily deep (and relatively unstudied) coral reefs of the Red Sea.

Other researchers are working on similar technology, like robot hands that can be attached to submersibles. And robots already have a place in underwater exploration, discovering monsters and shipwrecks. There are a few smaller ocean-going drones also in the works but none that have the light tough of OceanOne.

Explore more pictures of OceanOne below. 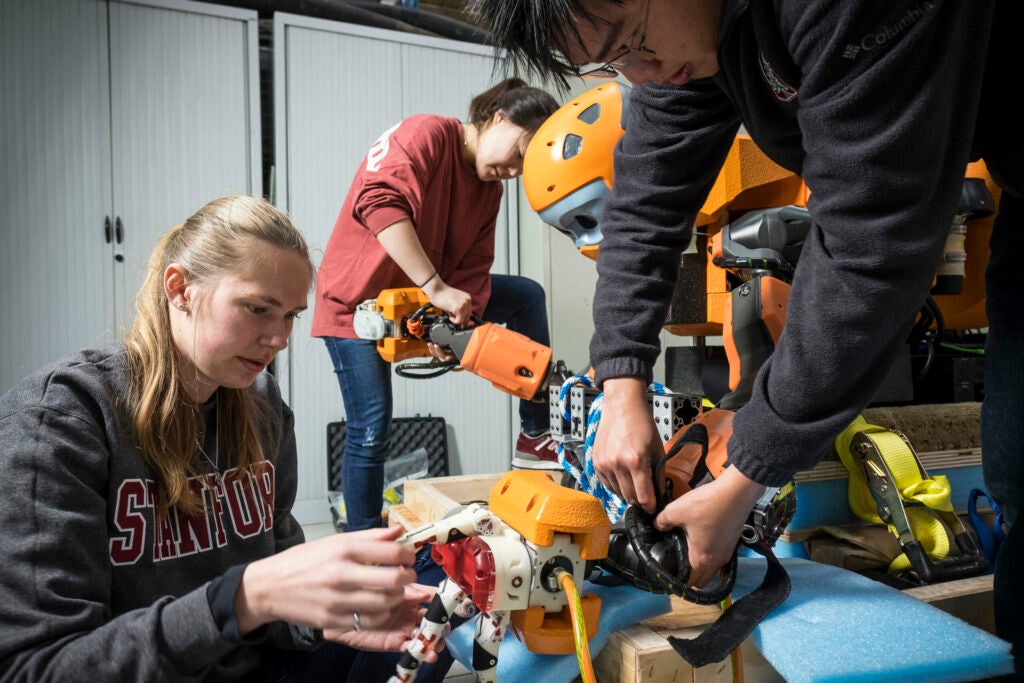 Students do a final check of OceanOne before it heads down to the wreck. 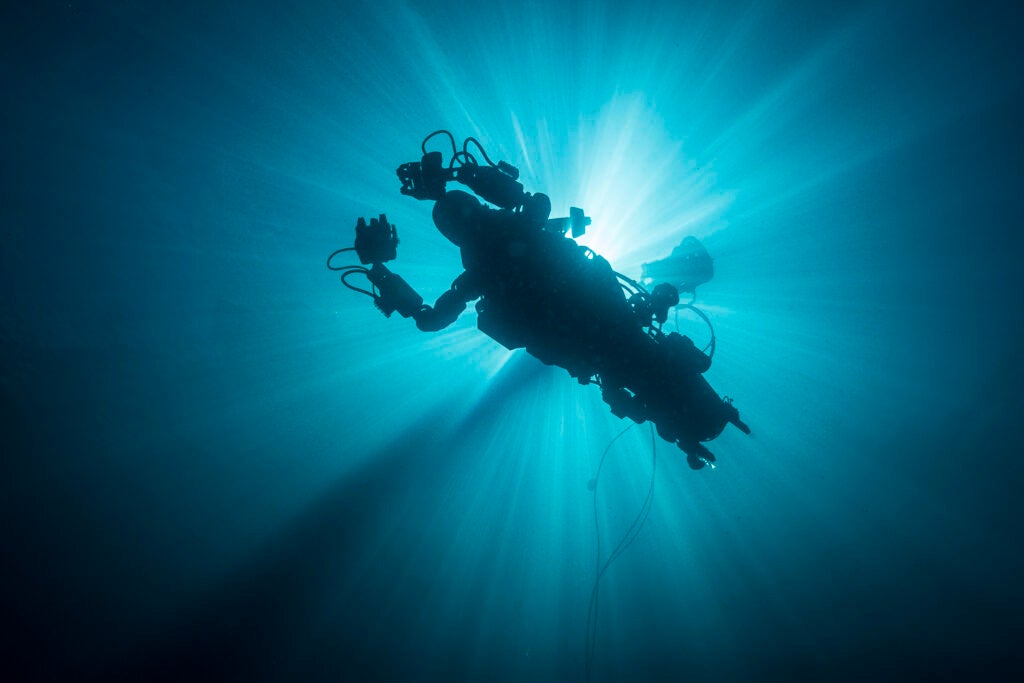 OceanOne can venture deeper into the water for longer periods of time than human divers. 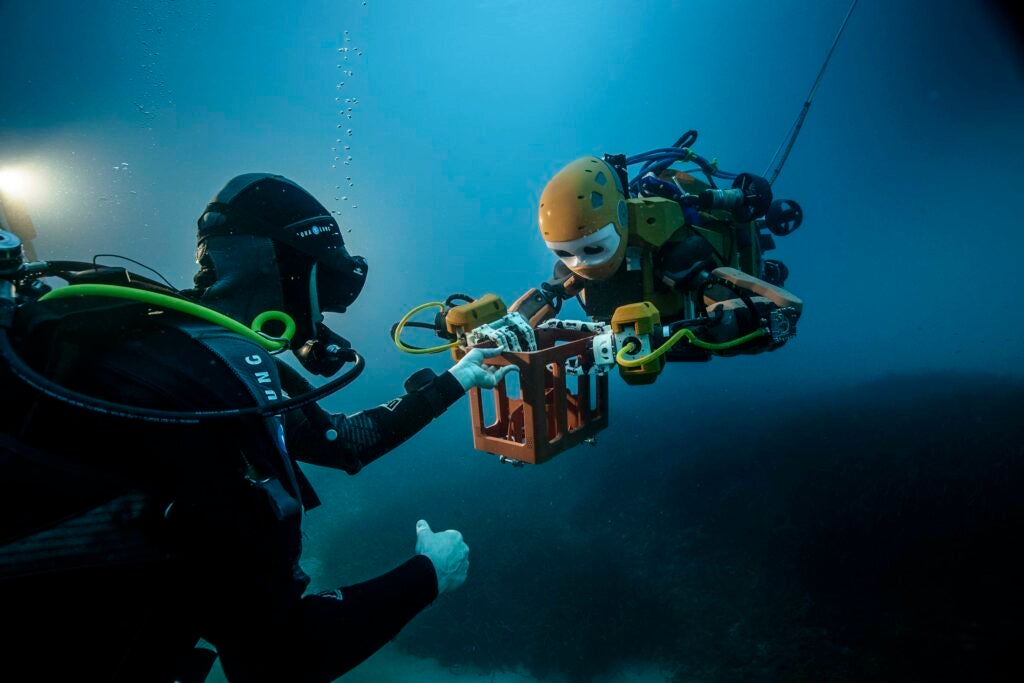 OceanOne is designed to work with human divers in certain circumstances. 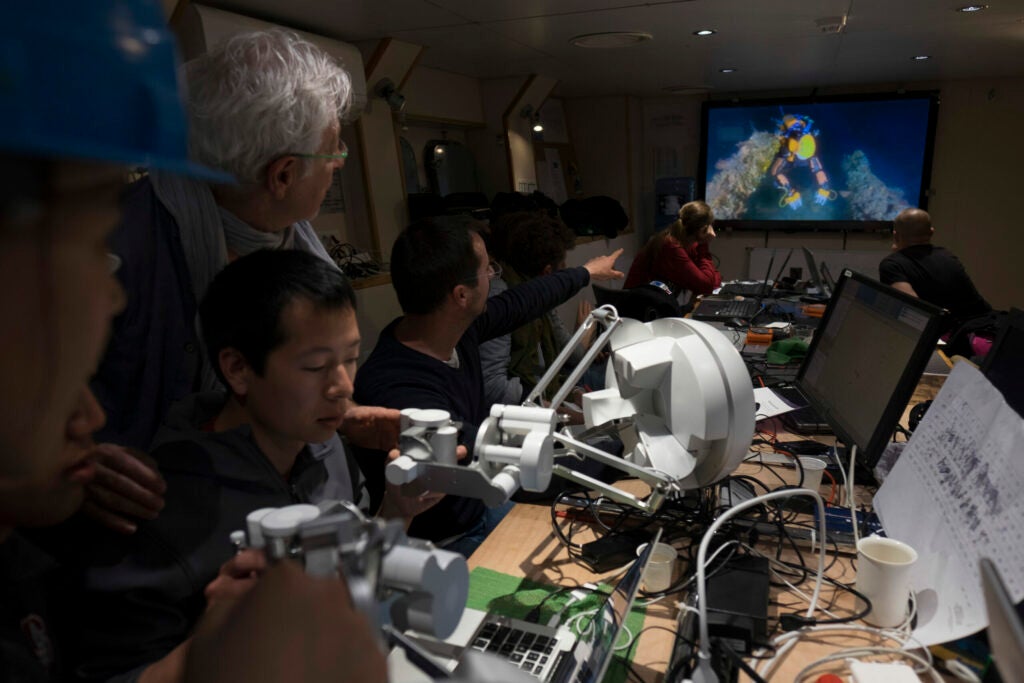 Researchers kept a careful eye on OceanOne from the ship-based control room. 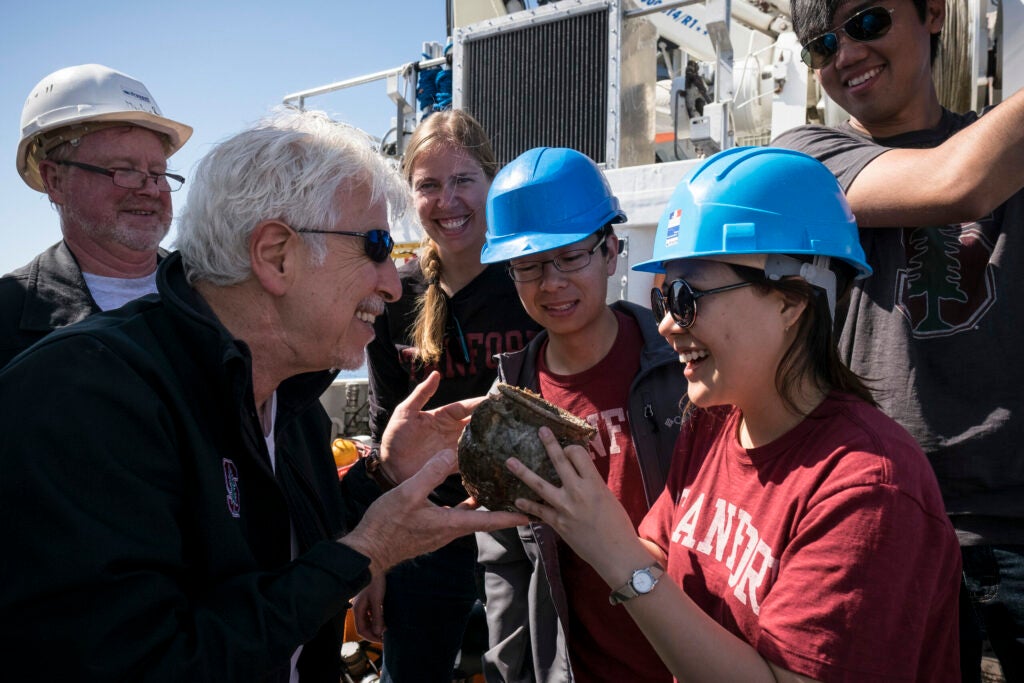 Researchers celebrate the recovery of a vase collected from the shipwreck La Lune by the robot.
Conservation
Ocean
Robots