France’s new 5,181-ton nuclear submarine has no traditional periscope. Here’s how that works.

It's called the Suffren. 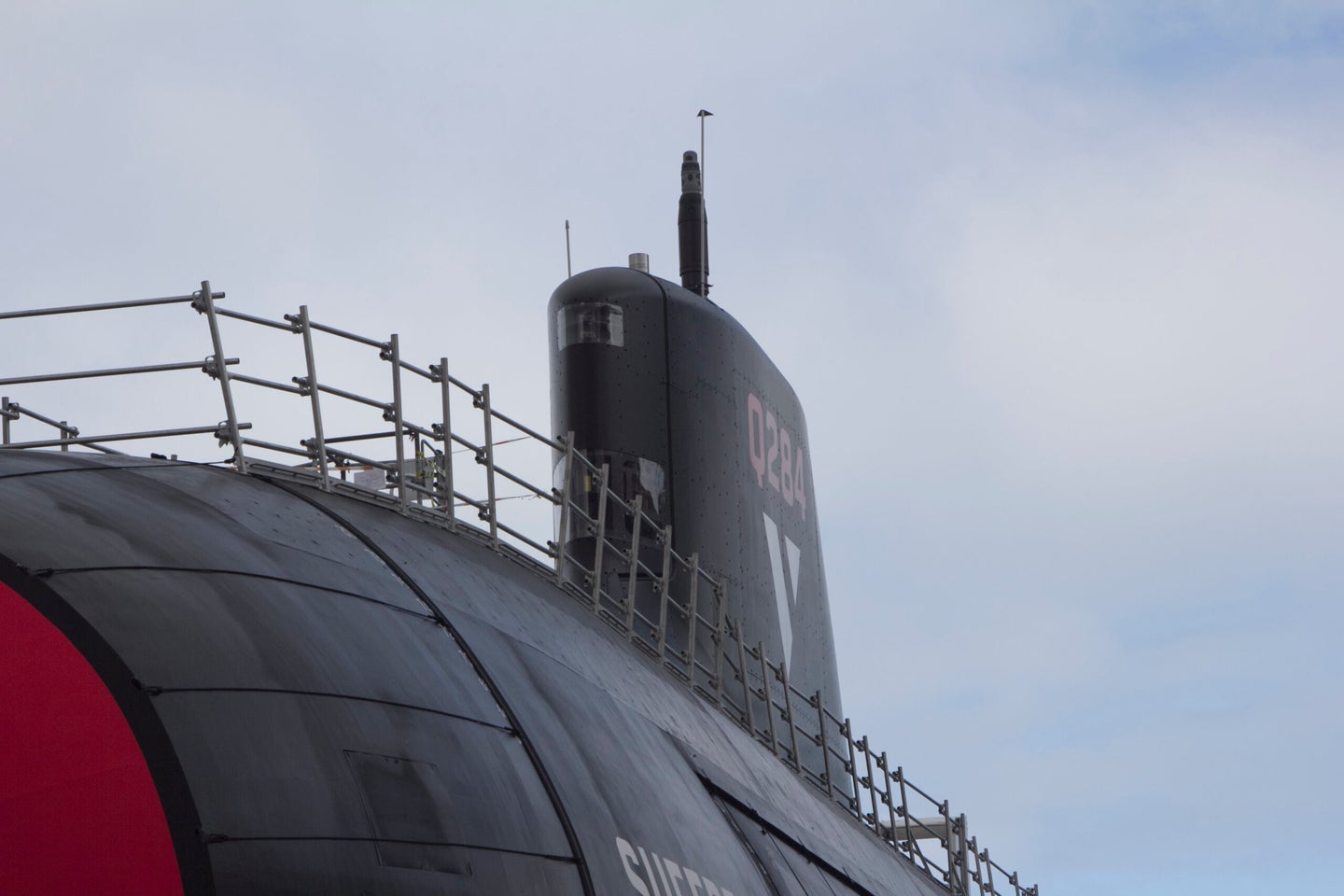 Submarines are some of the most complex objects made by people. They contain up to 1 million components, compared to around 5,000 for a car or 15,000 for a battle tank. Only four nations in the world have the capacity to build and arm them entirely on their own: the United States, France, Russia and China.

It takes about 20 years and 50-million worker-hours to design and build one, so a nation like France launches a new type of submarine only every 40 or 50 years. “It’s not like a Lego box which contains all the necessary bits and pieces together with detailed instructions,” remarked one French military official. “We had to create everything.” As each submarine is used for more than 30 years, that means those launched this decade will still be diving beyond 2060. This is why this month’s launch in France of a new class of submarine is a very big deal in the defense world.

The sub is called the Suffren (pronunciation: souff-wren), and unlike its predecessors, it lacks a traditional periscope. Here’s what we know about the new 5,181-ton submarine.

The 325-foot-long vessel launched on July 12 is the first-in-class of the French Navy’s $10.3 billion Barracuda program. It is the first of six being built by France’s Naval Group and more than 800 suppliers, and will replace the Rubis-class nuclear-powered attack submarines. The new Suffren-class subs dwarf the previous generation—they’re 85 feet longer and 2,976 tons heavier. The last of the six of the new subs is scheduled for delivery in 2029.

The Suffren class will carry twice the ammunition of the 30-year-old Rubis-class, packing not only the Naval Group’s F21 torpedoes but also Exocet anti-ship missiles, which have a range of around 125 miles, and naval cruise missiles of the 620-mile class. It does not carry nuclear weapons.

Suffren is powered by an on-board nuclear-reactor. Unlike conventionally powered submarines which must surface to recharge their batteries (during that time, a diesel engine runs to provide the power to do that), a nuclear-powered one can stay submerged until food runs out.

The complexity of a submarine becomes apparent if you consider that the vessel is a cigar-shaped steel container solid enough to withstand depths of 2,000 feet, where the water pressure is 60 times greater than at the surface—and there’s a nuclear-reactor inside. Within the craft is everything necessary to keep 63 crew members alive and fit for up to 70 days, including equipment to desalinate water, produce oxygen, and deal with waste. It has more than 12 miles of pipes and more than 99 miles of cable. There are 200 different software systems, and 20 million lines of code. And the whole thing must be completely silent—to try to remain undetectable.

Suffren will undertake the three current missions of the Rubis-class subs: protecting the other French submarines that carry nuclear warheads, of which one is always at sea somewhere; protecting the Charles de Gaulle aircraft carrier strike group; and performing discreet intelligence gathering. But it will also have two new missions: sea-to-land warfare (thanks to its naval cruise missiles) and deploying fully-equipped special forces underwater, thanks to a dry deck shelter. This is a removable steel module which allows divers to exit and enter the submarine while underwater. The US Navy’s Virginia-, Los Angeles-, Seawolf- and Ohio-class submarines are all compatible with dry-deck shelters.

The captain of the ship, named earlier as Commander Axel Roche, and his crew of submariners, will start sea trials in early 2020.

Roche will find this beast quite different from the ones he’s been used to in the past. To start with he no longer has what is perhaps the most iconic of submarine instruments: the periscope. No more standing alone at the foot of a mast, eyes clamped to a visor, turning slowly on a small platform to take a peek at the world above. But that doesn’t mean the sub is blind to the outside— simply that the direct-view periscope, which had to penetrate into the body of the submarine itself through the hull, has been replaced by optronic masts equipped with cameras.

From a design point of view it means the space formerly taken up inside the control room by the bulky periscope and its complex, heavy hoist system, has been freed up. And it also means naval architects did not have to place the command center right underneath the “sail” of the submarine (that’s the black “chimney” atop the vessel). In the Suffren, the command room is set slightly behind the sail.

A traditional periscope is up to 60 feet long, so that the hull can remain hidden underwater while the periscope lifts up hydraulically to poke up out of the waves. It provides a direct optical view of the surface, thanks to prisms and lenses.

The new optronic masts no longer penetrate the hull. They’re stored snugly inside the sail when not in use, but can extend upwards out of it to take a look when needed. The information they gather is sent through electric cables that go through the hull, and from an engineering perspective, that interface is much easier to make watertight than the great big hole needed for the traditional periscope. The images are relayed to the work stations in the command room, and can be seen by all those present. That means the captain is no longer alone in taking a decision as to whether it is safe to surface or not but can consult, if necessary, with colleagues.

There are actually two “search mast systems” on the Suffren. The “attack optronic mast,” which is gyro-stabilised, contains an infrared camera, a high-definition TV camera, an infrared beeper (to communicate with special forces), and a back-up camera. There is space inside the mast to fit a laser range-finder and a short-wave infrared sensor should the Navy want to retrofit these at a later date. The second, the “search optronic mast,” can scan the full horizon in a few seconds to create a band of panoramic images simultaneously in both visible and infrared modes. The US Navy’s latest submarines, the Virginia-class, are also equipped with optronic masts instead of a traditional periscope.

Other changes, which will also be enjoyed by the 63 crew (plus a dozen or so Special Forces troops, when needed), include improvements for better living conditions. A cruise ship specialist worked on crew comfort, so the lighting is better, each person has their own bunk instead of swapping out, and there are six showers to share instead of three. Plus, cooks will bake bread on board, and limited wine will be served on special occasions. One thing hasn’t changed: limited access to the outside world. Crew can send and receive a one-page-length email, vetted by the Navy, every two weeks.