These maps show where the burden of gun violence falls. 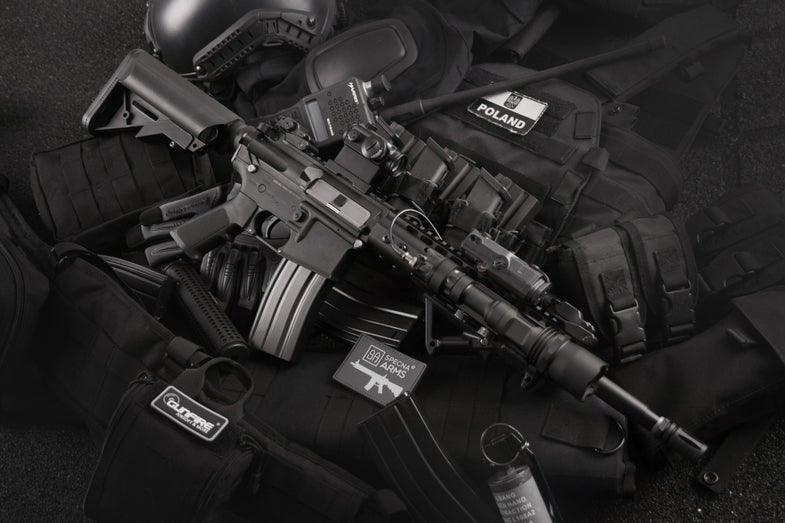 In 2016, firearms killed approximately 251,000 people worldwide. More than half of those deaths occurred in just six countries, all of which are in the Americas. Perhaps more stunningly, about a third of them occurred in two countries: Brazil and the United States.

These statistics come courtesy of the first global tally of firearm deaths, which estimated numbers for 195 countries, broken down by homicides, suicides, and accidental fatalities. Compiling a massive database like this is necessarily an estimate, because it involves combining data from census records, surveys, police records, and autopsy reports, among other sources. Every country keeps records slightly differently, so in order to compare across the entire world, researchers have to finagle the data a bit. (If you’re curious exactly what these researchers did, you can look at their lengthy methods section in the paper).

This is all part of the Global Burden of Diseases, Injuries and Risk Factors Study for 2016, a project from the Institute for Health Metrics and Evaluation. The GBD, as the study is known, is the result of a collaboration between more than 3,000 researchers in more than 130 countries, with the goal of quantifying health problems so we can try to reduce or eliminate them. Researchers published these latest results in the journal JAMA.

The global burden of firearms, as this recent study shows, doesn’t fall equally on all nations. And just as rates vary, so do the underlying issues that contribute to gun violence. The authors write that “these variables include the illegal drug trade, substance abuse (including alcohol), inadequate support for mental health, the social and intergenerational transmission of firearm violence (indicates parents, family members, intimate partners, friends, and peers), and socioeconomic inequities.”

The solutions vary just as much. Plenty of experts have thoughts on how to curb gun deaths in the U.S., varying from background check on gun buyers to expanded mental health treatment.

It’s difficult to know precisely what will and won’t work—or even what contributes to gun violence in the first place—because the U.S. federal government won’t fund research on it. Even though gun violence is a public health issue, a 1996 amendment forbids Congress from funding research on gun control. That makes it difficult for researchers who are interested in the topic to get money to investigate. One leading firearms expert estimated that “no more than a dozen active, experienced investigators in the United States have focused their careers primarily on firearm violence.” Many of the statistics you see about gun deaths in U.S. therefore come from the CDC database of deaths. Though they’re not allowed to study gun violence, they do compile autopsy records from each state into a database. It isn’t perfect, but it’s at least something.

Because of these limitations, we have less of a handle on how to deal with gun violence in America. Reducing that burden would go a long way toward reducing total, global gun violence, but as the GBD points out, that project has to begin with understanding exactly what we’re up against. These most recent results can give us a broad base from which to start.

For instance, this is what gun violence rates look like worldwide. The data is standardized by age to avoid artificial differences between populations with very different demographics (some countries have more elderly people, others have more young people), then calculated as a rate per 100,000 people—so that countries with large populations don’t stand out as outliers. Russia, for example, had 330 more gun deaths in 2016 than did Afghanistan, but due to its much larger population has a mortality rate that’s one-tenth as large.

You can see that Asia and Europe are relatively devoid of gun deaths, whereas the Americas run much more violent. If we dive a little deeper, though, we see that some areas suffer high homicide rates while others endure more suicides.

The study authors point out that most of the 67 countries in which suicides outnumber homicides were in Europe, high-income portions of North America, and Australasia. You can see that a little more clearly when we graph suicide versus homicide rates:

Greenland is the immediate, obvious outlier in suicides. Their rate quadrupled between 1970 and 1980, and though it’s come down a bit since its peak in the late ’80s it is still six times the U.S. rate. In 1985, according to NPR, suicide killed more Greenlanders than cancer did. But with this outlier removed, the U.S. dwarfs most other countries when it comes to suicide by firearm.

In America, nearly two-thirds of all gun deaths are suicides. They don’t get nearly the coverage that mass shootings receive, but they still present a huge public health issue. For those between the ages of 15 and 34, suicide is the second most-common cause of death. It’s the 10th-most common overall. Most of those are by gun, and public health researchers suspect that’s for two reasons. One is that firearms are more lethal than other methods, so fewer people survive those suicide attempts. The second is that suicides are often last-minute decisions, which means anyone with a gun on hand has easy, immediate access to a method by which to kill themselves. Mental health specialists wrote in a 2016 editorial in The American Journal of Psychiatry that “most people who attempt suicide change their mind.”

But a country where guns are readily accessible is a country where suicide is easy to attempt—and difficult to reconsider. Psychiatrist J. Michael Bostwick told The New York Times that “Suicide attempters often have second thoughts, but when a method like a gun works so effectively, there’s no opportunity to reconsider.”

Historical data tells us that taking away guns could prevent many of these suicides. Placing one’s head in a gas oven to inhale lethal fumes used to be one of the most common suicide methods in the United Kingdom—it was fairly painless and easily accessible. A 1976 paper from the British Journal of Preventive & Social Medicine shows that when natural gas took over—which produces much safer fumes than coal—virtually all of those suicides disappeared from the statistics. Most people didn’t find other, less convenient ways of killing themselves—they just didn’t do it.

Extensive research on bridge barriers shows the same effect: making it harder for people to commit suicide reduces the rate of suicides. Even when there are other locations from which to jump, erecting barriers on so-called “suicides bridges” mostly eliminates those deaths.

Similarly, when the Israeli army stopped allowing soldiers to take their firearms home over the weekend, the suicide rate dropped by 40 percent. A 2011 study on the shift noted that their results “illustrate the ability of a relatively simple change in policy to have a major impact on suicide rates.”

For all these reasons, it’s important that we understand and study gun deaths. We have to understand the problem if we’re going to figure out solutions. And in the United States, that remains nearly impossible.