With Gene Editing, Pigs Could Be The Perfect Organ Donor 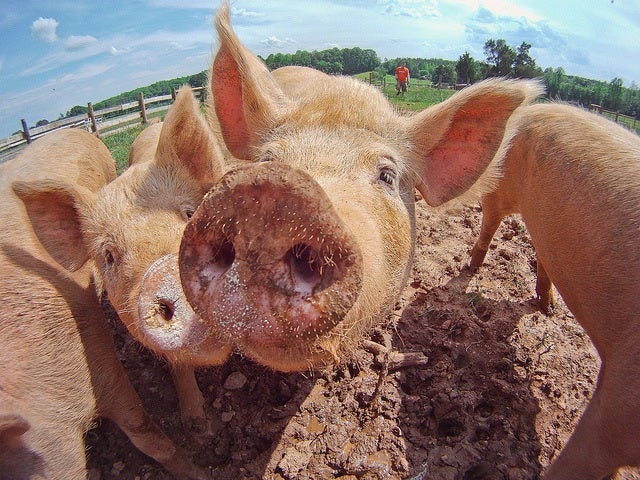 For years, scientists have been trying to manipulate pig organs so that they could be transplanted into the 8,000 humans waiting for a life saving transplant. So far, that hasn’t worked. But George Church, a geneticist at Harvard Medical School and co-founder of the biotech company eGenesis, hopes to change that; earlier this week he announced that he and his colleagues had used the gene editing tool CRISPR to modify an unprecedented number of genes in pig embryos in order to make them easier to transplant into humans. Church announced his team’s work this week at a meeting of the National Academy of Sciences, which was reported by Nature News.

Church and his colleagues are combating two of the biggest reasons why pig organ transplants haven’t worked in humans. First, transplants from pigs are more likely to infect the human recipient with nasty viruses which are incorporated in its genetic code. So the researchers have modified 62 of those genes in pig embryos—that’s more than ten times the number of genes that have ever been edited in any other animal, as Nature News reports.

The other issue is that recipients’ immune systems launch a substantial attack against transplanted pig organs, requiring the patients to keep taking immunosuppressant drugs as long as they have that transplanted organ in their bodies. Church’s team addressed that, too, tweaking 20 genes that provide the blueprints for proteins found on the surface of pig cells that trigger the immune response.

In order for their organs to be viable in humans, pig embryos would eventually need both types of modifications. And though the researchers have not yet combined them in one pig embryo, they will soon be ready to start implanting the experimental embryos into mother pigs and raising the pigs that result. They plan to develop a method to make the organs as inexpensive as possible.

Others in the genetics community see this work as an advance towards modifying more complex circuits of genes in microorganisms or even in those that cause human disease, according to the Nature News article. But there are still some questions about how all the genetic modifications will interact when they’re all done in one animal. So while work like Church’s makes these possibilities more likely, increasing the number of organs available for transplant would certainly be a substantial advance in itself.