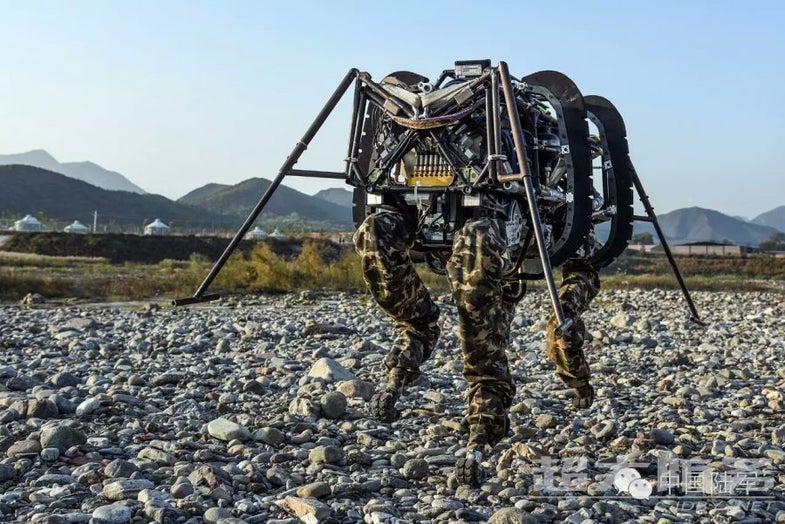 While much attention has been paid to China’s growing armed airborne drones program, the PLA is also investing in a major effort to develop a future generation of increasingly autonomous unmanned ground vehicles. “Overcoming Obstacle 2016” is a competition supported by China’s military, akin to the U.S. military’s DARPA Grand Challenges. The month-long contest ended on October 18th in Beijing, with several finalists in each of the five categories. 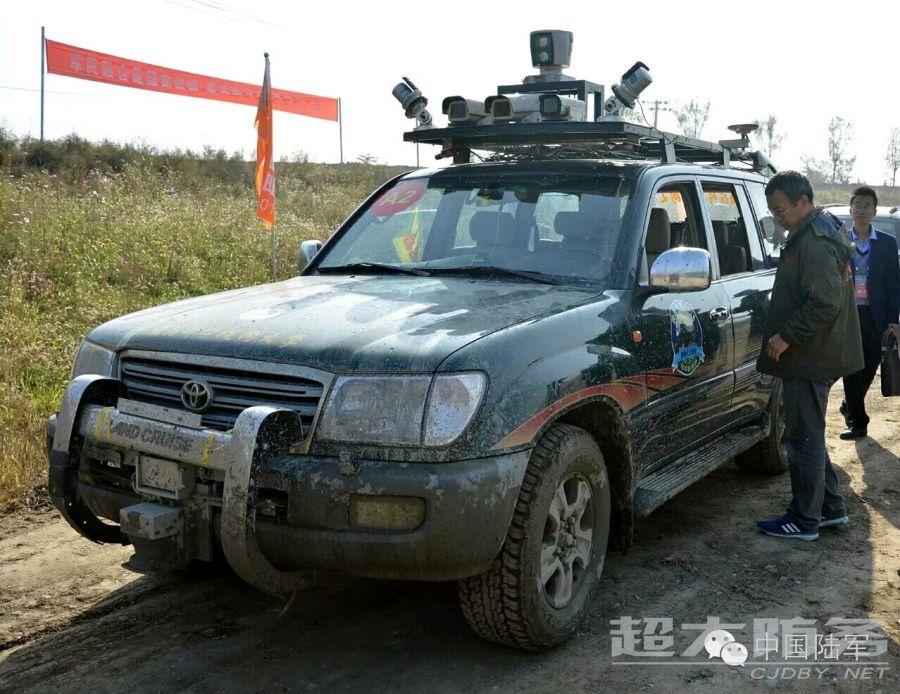 Teli, an autonomous, self-navigating vehicle system on a Toyota Land Cruiser body, was built by the Beijing Institute of Technology and is optimized for off-road travel, compared to the Google Car’s urban and highways mission.

The first group, Category A, involved highly autonomous cars. The finalists included modified from civilian SUVs, alongside a tracked vehicle, “SMART 1”, from the Military Institute of Transportation. 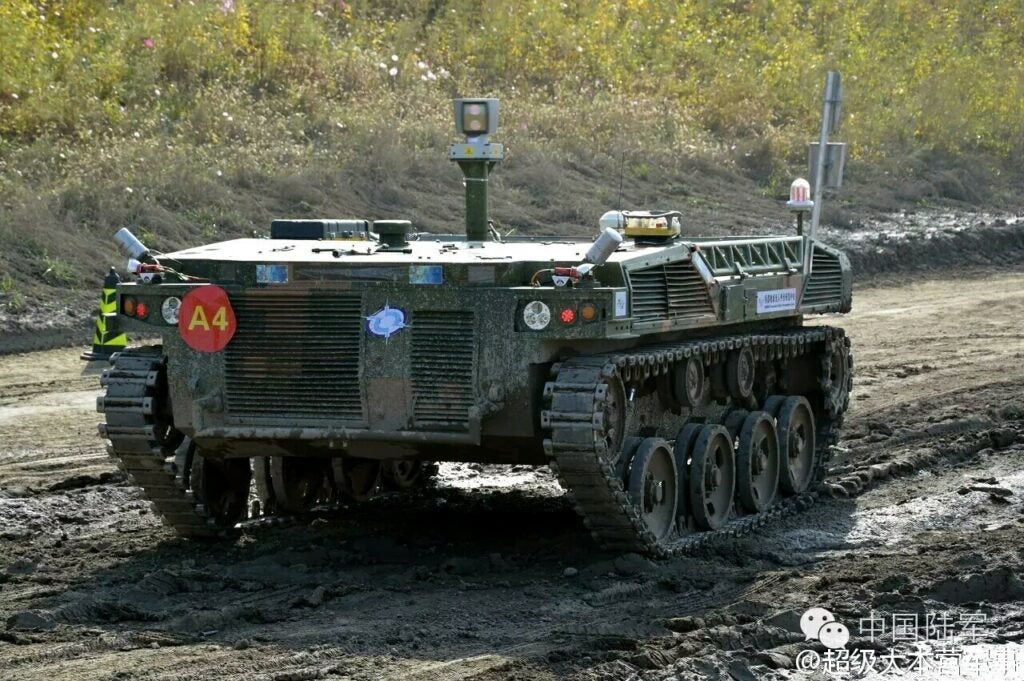 The SMART 1 unmanned ground vehicle, built by the Military Institute of Transport, may have its basis in earlier Chinese autonomous robot experiments that used old armored vehicles. This chassis appears to be from an airborne fighting vehicle. 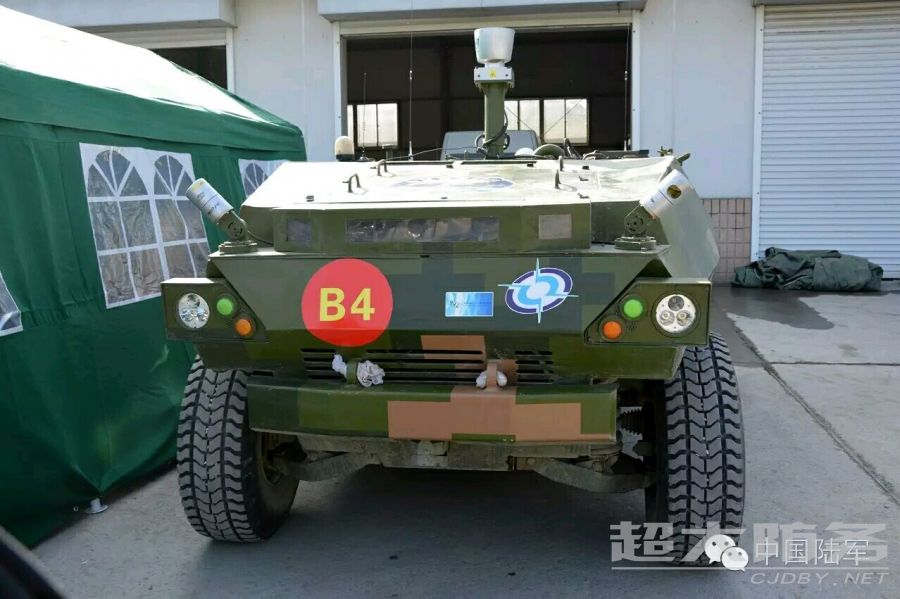 Desert Wolf, using a 4×4 chassis from the QL-550, an armored recon vehicle, is another 2016 finalist for the all-terrain category.

Category B was all-terrain autonomous vehicles. The finalists included two 4×4 robots built from military recon vehicles (by the China Academy of Sciences, and the National University of Defense Technology’s Desert Wolf). 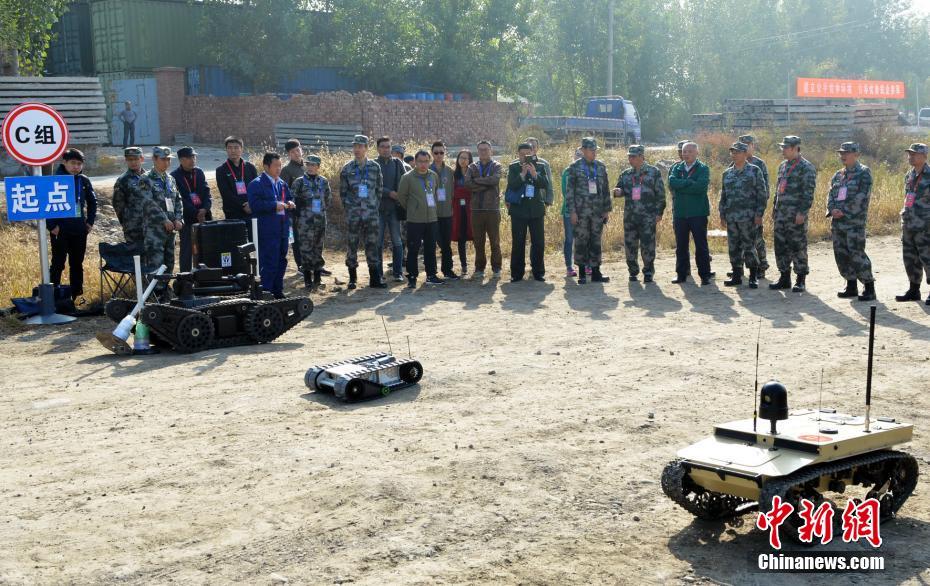 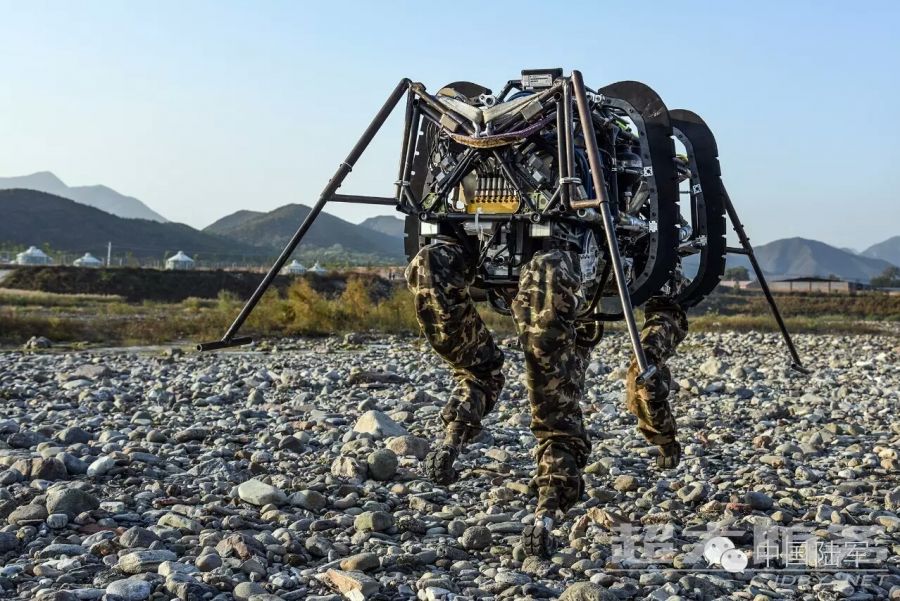 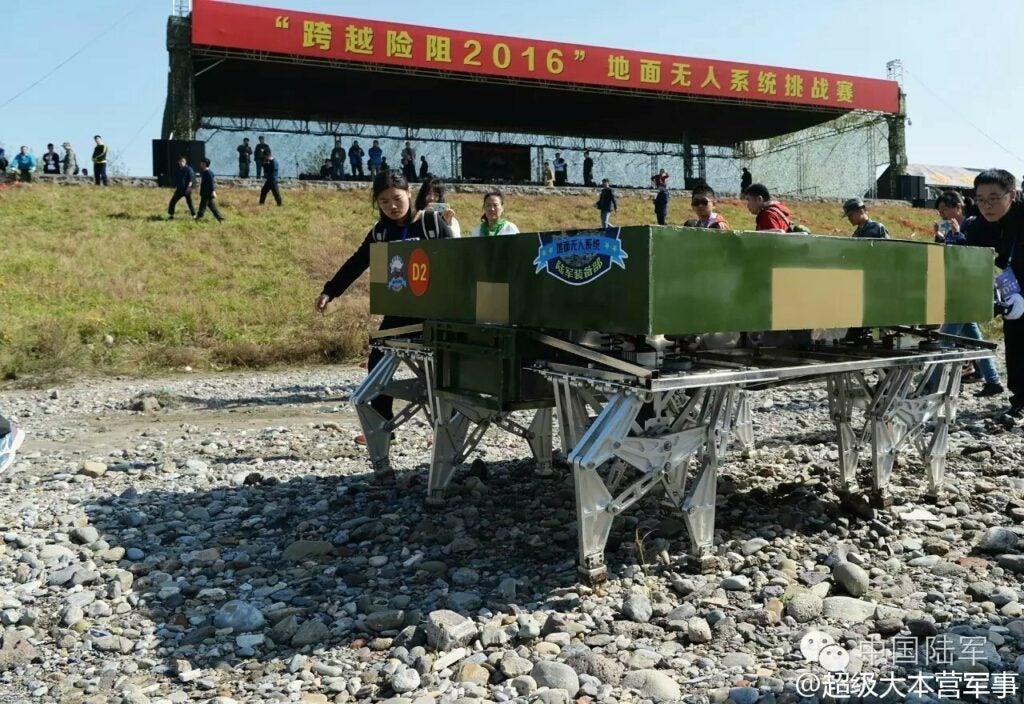 Team Siyuan, from Beijing Jiaotong University, provided this multi-legged robot with Klann linkage-style legs (each of its four feet is made of two pairs of interconnected legs), offering exceptional stability on rough mountainous terrain.

Category D’s legged robots provided some of the most interesting Overcoming Obstacle 2016 entries. The three finalists included two “Da Gou” quadruped robots from Shandong University and NORINCO, and the Iron Horse, a ‘crab walker’ from Beijing Jiaotong University, which had pivot-jointed Klann linkage legs to provide greater stability and simplicity. It bears some resemblance to Chinese research on a many-legged, auto-cannon-armed design disclosed in 2014. 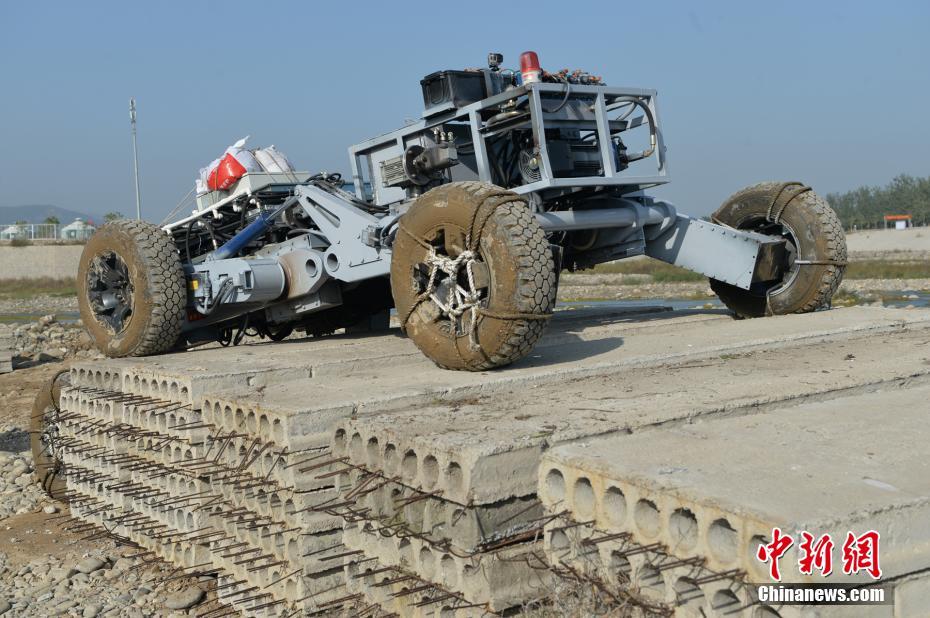 The “Sino MULE”, developed by the 5th Department of Armored Engineering Institute, has six independently articulated wheels to roll across difficult terrain while carrying heavy loads. 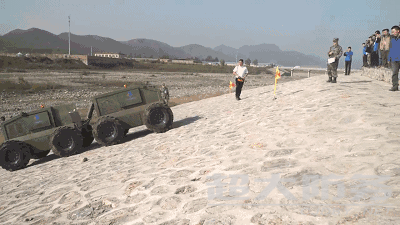 These modular robots can be attached as a convoy, and can be programmed and order on autonomous tasks, like following designated persons and vehicles,

Category E was robot cargo trucks. One finalist was a 6×6 truck from 5th Department of Armored Engineering Institute with independently articulated wheels, like similar to the MULE robot. Another 6×6 robot truck built by the Beijing Institute of Mechanical Research was seen carrying a simulated load. Sunward Equipment provided another finalist, consisting of two four-wheeled robots attached to each other, as a sort of robotic road-bound train. 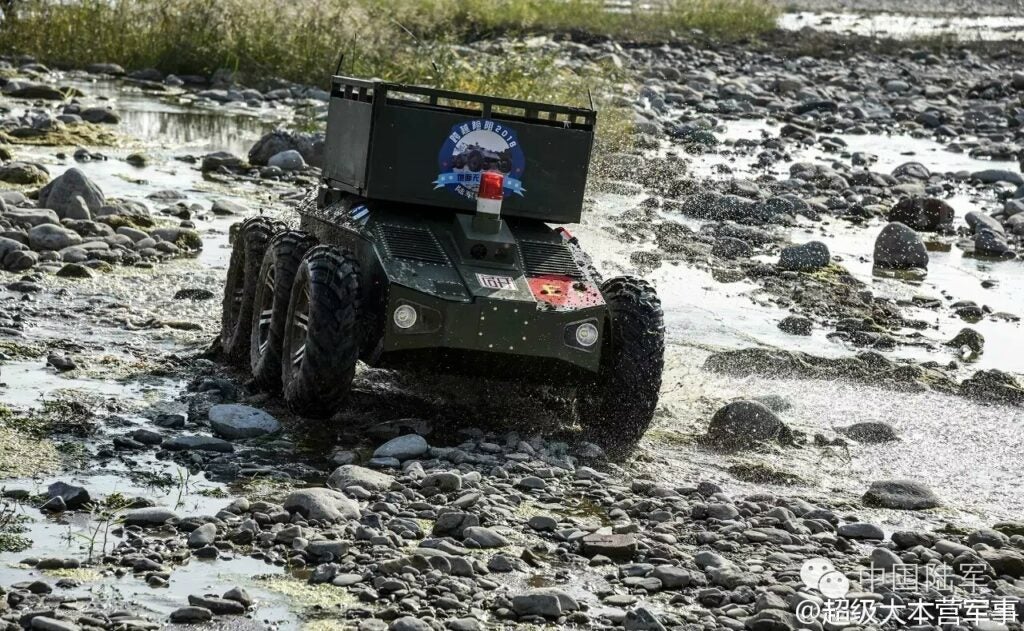 The vivid display at “Overcoming Obstacle 2016” is a good reminder that China’s research in military robotics continues to grow, and in a widening range of fields. Other areas to watch include bringing in advanced intelligence (another field in which China is becoming a world leader), swarming unmanned systems, and unmanned-manned pairings.

Chinese Autonomous Tanks: Driving Themselves To A Battlefield Near You?