China is Trying Out A New Assault Rifle 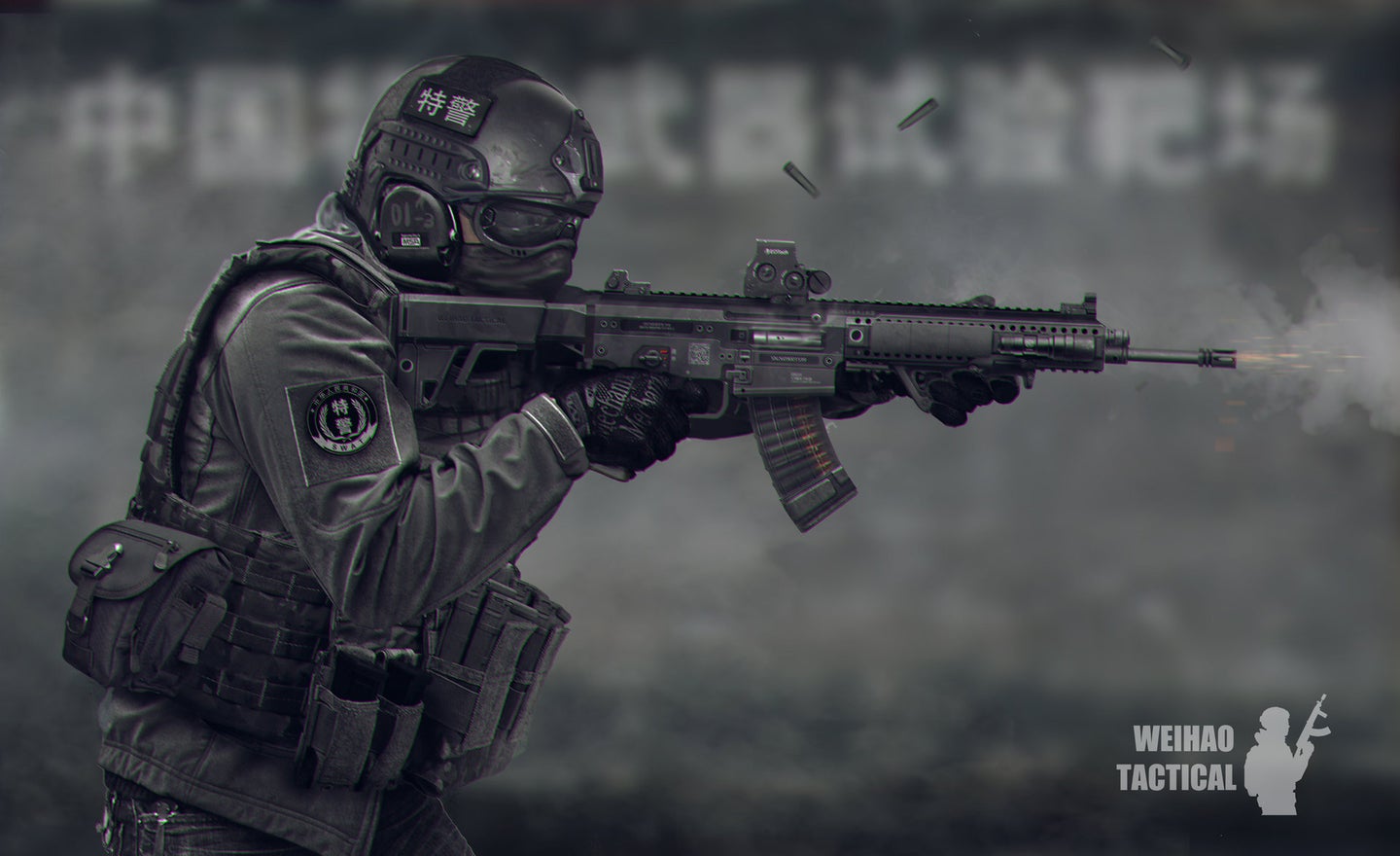 The Chinese military is trying out at least two new rifles to equip its soldiers for modern combat. 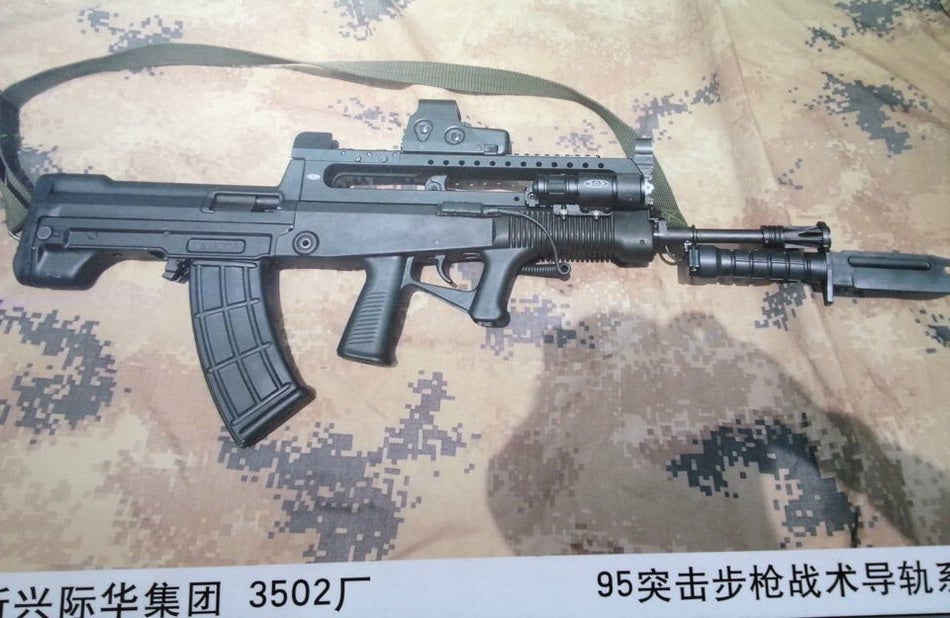 The QBZ-95 assault rifle is a bullpup rifle, firing a unique 5.8 cartridge ammunition. While its bullpup layout allows it to save weight, limitations include ergonomic issues with handling ammunition and firing the weapon from a prone position.

Currently, frontline PLA troops use the distinctive QBZ-95 rifle, which has a bullpup configuration. Bullpup rifles are distinguished from conventional assault rifles like the AK-47 and M-16 in that the receiver (the section of the firearm with the magazine, firing chamber and reloading mechanism) is located behind the trigger. This allows bullpup rifles to be shorter and lighter compared to conventional rifles of the same barrel length. However, the rearward location of the gun’s center of gravity can make bullpups harder to fire for inexperienced users, as well as present difficulties in reaching to change magazines and or use safety and selective firing switches. Currently, Austria, Belgium, China, France, Great Britain and Singapore all manufacture and use bullpup rifles for their frontline forces. 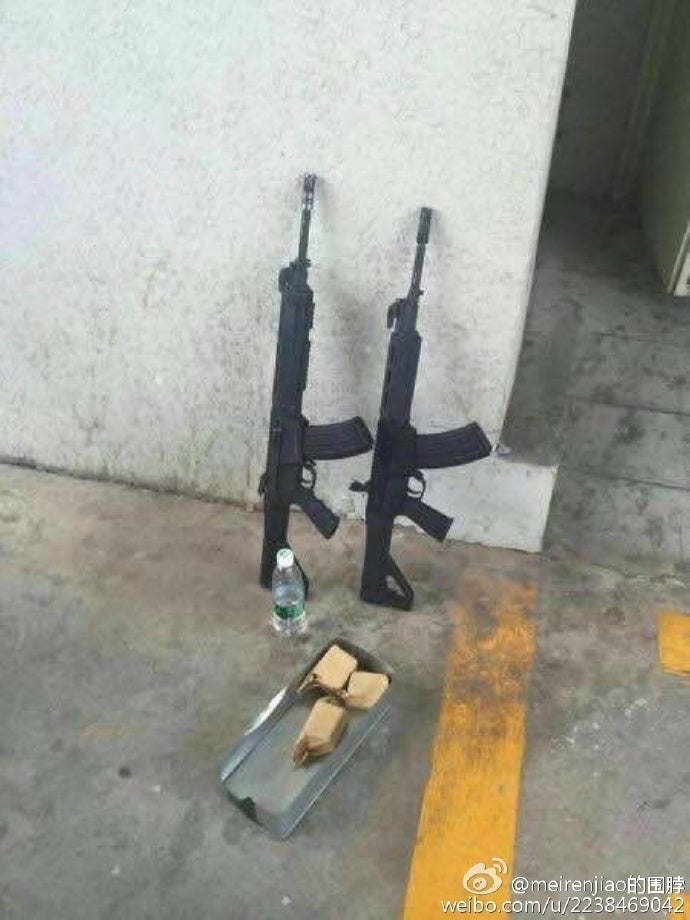 These two contenders for China’s next assault rifle share a conventional layout, with weight reducing polymer casing and plenty of room for Picatinny rails.

The new Chinese assault rifles return to a conventional layout, with the rifle on the left having a longer barrel shroud, while the one on the right has a more vertical trigger grip. Both rifles are likely to use 5.8mm cartridge ammunition, and appear to have parts made of high strength polymers. The selected assault rifle is likely to spawn a family of related firearms, including personal defense weapons, carbines, dedicated marksman (read sniper) and general purpose machine gun (the later two may have heavier ammunition cartridges). 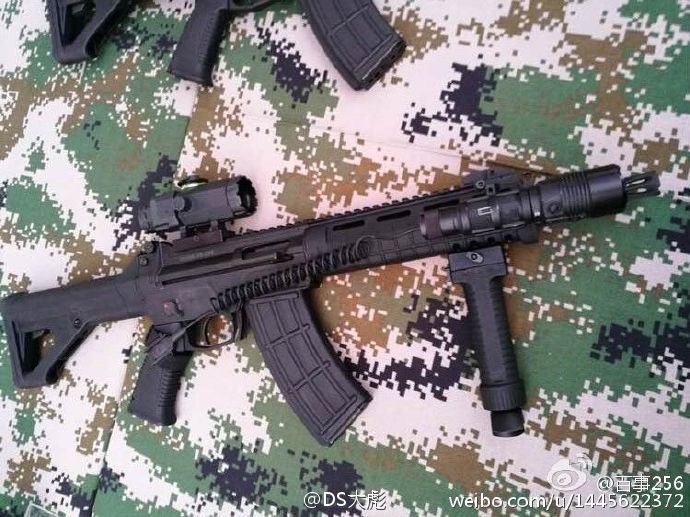 The Future of Chinese Infantry?

The prototype of prospective Chinese assault rifle is kitted out with everything a 21st century urban warrior needs; flashlight, scope and foregrip.

A more detailed photo of the right rifle shows it equipped with Picatinny rails. Picatinny rails are mounting platform surfaces attached to the side of a firearm; accessories can be bolted along the many traverse slots of the rails. Thanks to the rails, this rifle has a vertical forward grip, a detachable flashlight and a powerful scope. The rifle’s fire selector switch (for automatic, burst and semi-automatic fire) is located behind the trigger, while the bolt/magazine release mechanisms are located above the magazine, providing a ergonomic layout for stationary and mobile operations. The increased length of the rifle offers options for installing accessories such as night vision sights, scopes, bipods, and bayonets, as well as more room for ‘smart’ rifle accessories, such as networked sensors and “smart” projectile launchers. Chinese troops may soon be carrying different guns, better equipped for the 21st century battlefield.