The five-year undertaking offers a sign that CRISPR/Cas9 could help prevent tick-borne diseases one day. 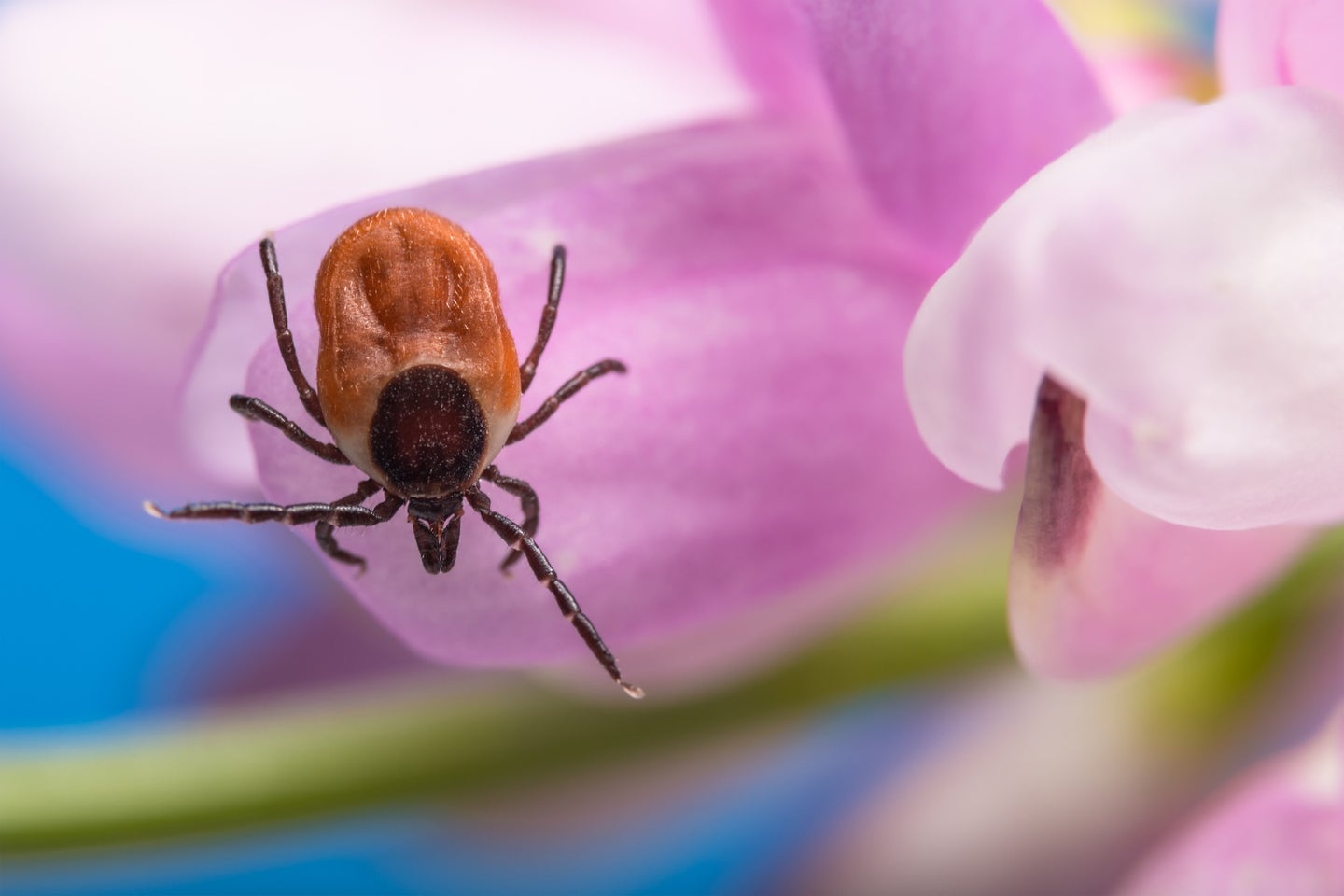 Deer ticks, or black-legged ticks, are among the biggest sources of infectious diseases across the US. Can gene editing tools help?. Deposit Photos
SHARE

Ticks are the leading cause for the majority of vector-borne diseases in North America. Yet, the molecular tools to study and genetically modify these arthropods lag behind other insect vectors, such as mosquitoes. New research published in the journal iScience is the first to tinker with the DNA of black-legged ticks, better known as deer ticks, and successfully hatch a mutated larval brood from their eggs. The researchers targeted genes that aid in the development of the the animal’s mouthparts and armor.

“The inspiration was to fill the gaps that we had in tick research,” says study author Monika Gulia-Nuss, a vector biologist at the University of Nevada, Reno. “We wanted to see if we could [develop] similar tools that we have for mosquitoes and understand tick biology on a deeper, more molecular level.”

CRISPR/Cas9 is an up-and-coming genetic editing tool that can be widely applied to organisms to permanently alter the inherited traits in their progeny. But a suite of technical challenges hampers its use in ticks. While “ticks are pretty tough,” says study author Andrew Nuss, an arthropod biologist at the University of Nevada, Reno, their eggs are simultaneously fragile and hardy. Laid during the fall to hatch the next spring, the eggs’ shells are coated with a thick layer of wax to prevent them from drying out during their long dormancy. Each egg is also barricaded with a hard shell. Inside, the osmotic pressure is abnormally high—higher than that in other insects’ eggs—which makes the sacs prone to popping like a water balloon when prodded. On top of these challenges, the parasites’ long lifecycle and relatively mysterious embryonic stage make them a wily subject for CRISPR.

[Related: Doctors altered a person’s genes with CRISPR for the first time in the US. Here’s what could be next.]

“Many other researchers in the past [carried out] unsuccessful experiments,” says Nuss. For the five years it took to complete the project, “we just tried everything that hadn’t been tried,” he adds.

Before they could genetically modify the deer tick offspring, the researchers had to find alternative ways to deliver CRISPR/Cas9 reagents into the eggs. First, they removed the organ in female ticks that’s responsible for producing the waxy outer layer, causing future mothers to lay defenseless eggs. Then, the team tried two strategies to deliver the gene-altering biochemicals: injecting them into gravid female ticks and injecting them into newly laid embryos. In the first method, the Cas9 protein cocktail delivered to the tick mothers would tweak the DNA of their larvae. In the second technique, the researchers treated laid eggs with salt to reduce the pressure inside and soften the outer shell. This permitted them to poke through the waxless shells without bursting them. Gulia-Russ estimates that their team injected thousands of tick eggs in their experiments with a needle a hundred times thinner than human hair.

As proof of concept, the researchers deleted two standard genes in the next generation of ticks that control the development of the animals’ mouthparts and rigid outer cuticle. The team sequenced the genes in the survivors of the surviving larvae and found that the success rate of genetic transformation was comparable to that in other insects in previously reported CRISPR studies. All the ticks survived the injections, and about 10 percent of the injected eggs in the experiment hatched and grew into larvae.

Wannes Dermauw, a entomologist at Belgium’s Flanders Research Institute for Agriculture, Fisheries and Food who wasn’t involved in the study, calls the research “a breakthrough.” The ability to transform the genes of ticks, he says, will pave the way for “studying the function of genes that are involved in or are important for transmitting diseases like Lyme.”

[Related: Tick-borne illnesses have tripled in the last 14 years. Here’s how to explore the outdoors safely.]

Gulia-Nuss and Nuss say they’re excited for the opportunities their new tools open up for investigating molecular biology in ticks. In the future, they want to improve the success rates of genetic transformation in the subjects, while making inroads into studying which genes make ticks the pesky parasites that they are—and whether the arthropods can be edited to be less infectious disease vectors. Armed with these new molecular tools, they hope that researchers in the field can also finally unravel the genetic secrets of ticks.

“This is something that was really needed in the field for a long time,” says Nuss. “There’s so much not known about ticks.”