Is Depression An Infectious Disease?

Mental health continues to be one of society’s greatest concerns. Its enigmatic nature leaves both the public and the health... 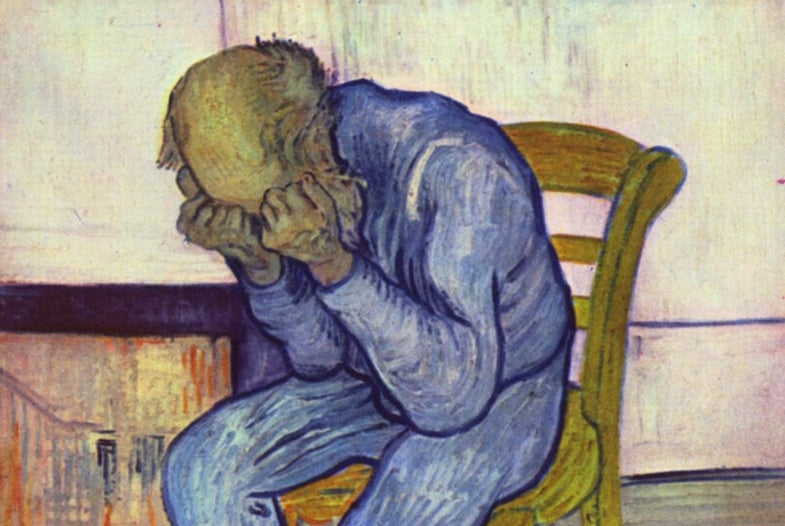 Mental health continues to be one of society’s greatest concerns. Its enigmatic nature leaves both the public and the health professional in a quandary to understand not only the cause but also the means to cure. Though research has been conducted for centuries, at times it feels we are up against intractable odds.

One particular avenue focused on the immune system and in particular, inflammation. In the 1990s, the concept was developed based on the apparent link between the presence of inflammatory molecules and chronic diseases such as chronic fatigue syndrome. Over the next decade, studies linking inflammation and depression increased the evidence to support this hypothesis. One significant study occurred in 2009, when an examination of over 6,000 people showed inflammation was involved in the onset of depressive symptoms

As the theory of inflammation and depression continued to grow, studies moved into the social realm. Last year, studies focusing on socio-economic status and metabolic disorders such as obesity and diabetes were examined for their links to depression. In all cases, the inflammation caused by either the experiential or the cellular damage led to a higher risk for mental health conditions. This led to an increased focus on the effects of inflammation on the brain and the psychiatric consequences. The concept of neuroinflammation, once considered a niche branch of science, became the possible lynchpin in the search for answers.

But while the qualitative links between life experiences, inflammation and depression appear to be fully understood, there is one question that has yet to be answered: what is causing the inflammation at the molecular level?

Last week, Dr. Turhan Canli, a researcher at Stony Brook University offered a unique hypothesis in which the cause of major depressive disorder (MDD) was actually an infectious disease. The basis comes from examination of a plethora of pathogens known to spark both pro-inflammatory status as well as full-blown inflammation. The subsequent sequela would be the development of mental problems and depression.

To support the theory, Canli provided three specific arguments. The first dealt with the symptoms of MDD, which he equated to a sickness. Next, he examined the already known nature of several pathogens all of which have shown some effect on mental health. His final postulate dealt with the genetics of depression, which may be due to viral sequences within our human DNA.

The first argument suggests the physical behavior and cellular activity exhibited by patients mimic those experienced with an infectious disease. People who suffer from MDD look and act sick. They have low energy levels, lose interest in the ongoing nature of the world and essentially disappear from society. The same symptoms are experienced by those who suffer from infectious diseases.

Looking closer at the cellular function, inflammatory markers are continually present in those suffering from MDD. These are the same ones produced upon infection. As the pathogen continues to circulate in the body without treatment, the inflammation worsens leading to a deterioration of the mental state.

The second point relies on the information already available about mental-health affecting pathogen. Canli focuses on Toxoplasma gondii, a parasite known to be a detriment to mental health. He then explores the mental health effects of viruses including herpes simplex virus-1, varicella zoster virus, Epstein-Barr virus and Borna disease virus (BDV), the latter of which has been found over three times as often in those suffering from depression than those with no mental dysfunction.

Canli takes a more general approach for bacteria, highlighting the known inflammatory effects of dysbiosis and leaky-gut syndrome. The evidence in both mice and humans revealing the association between Gram negative bacteria and depression is already known; though no overt symptoms may be seen due to their presence, MDD may indeed be a long-term sequela. He strengthens this latter argument with a discussion on the use of probiotics to modulate both the inflammation as well as the mental health issues.

The final argument suggests restitution of pathogenic genes may also lead to MDD. Although there is little to no evidence to support this, Canli suggests BDV sequences are already located in our genomes. If somehow it would be expressed, an endogenous infection would result. In addition, parasites could also transfer genes into our cells leading to changes in our genetic structure. This could then in turn lead to inflammation and depression.

While Canli’s theory may be credible due to the circumstantial evidence, he does admit a gap exists. If infection was indeed the reason for MDD, what is the exact mechanism? Although pathways for some infectious diseases have been identified, they may not be enough. Indeed, while Canli suggests infectious diseases have a causal role, how they get there remains to be fully understood.

The paper, while intriguing, is only the beginning. In order to prove – or disprove – his theory is to conduct studies in MDD patients to identify any possible evidence suggesting one or more infectious agents are associated. If any are found, then a roadmap may be developed to come up not only with treatment options, but also vaccinations. If only for this reason, the theory should be tested with the hope mental illness can be finally understood and treated.