The Immune Infliction of Heroin Addiction 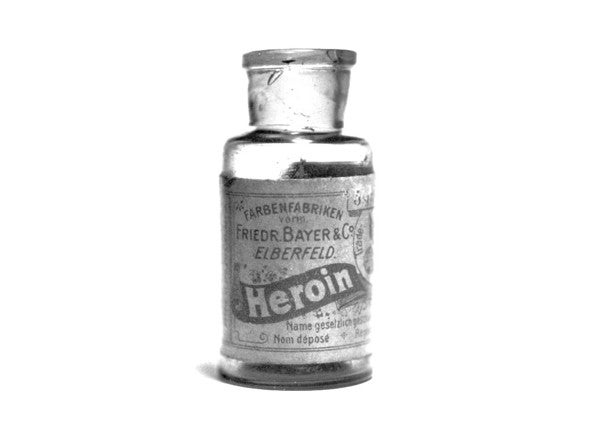 There’s little doubt heroin addiction is a serious problem in the United States. According to the Centers for Disease Control and Prevention, the use of this opioid drug has skyrocketed since 2002. While the major concern is overdose, long term use can also lead to serious health problems including infection and chronic diseases. 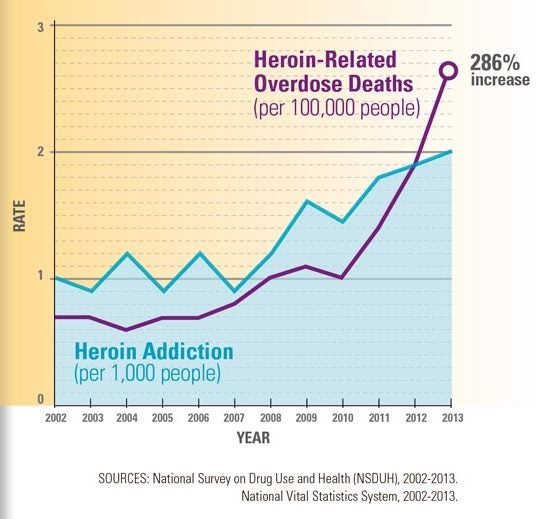 The dramatic rise of heroin use in the US

The usual suspect in propensity to any disease is the immune system. It’s the defense force for our bodies and does its best to protect against troubles on the inside. But this complex network is sensitive to changes in our behavior such as diet, exercise, and exposure to foreign elements. When this happens, we become susceptible to a variety of ailments. This normally happens in the form of infection but other conditions ranging from cardiovascular disease to mental health disorders can also occur.

One of the first signs of heroin’s impact on immunity appeared over forty years ago. Researchers discovered a change in the way addicts form antibodies. The impetus came from a rather high rate of multisystem diseases including endocarditis, kidney disease and cancer.

At the time, these conditions were thought to have a microbial origin and as such researchers believed the immune response was simply not working as well as it should. Sure enough, there was a lack of protective antibodies in chronic users. The researchers advised this reduction in proper immune function could lead to even greater health troubles for addicts.

As more advanced techniques for studying immunity became available, research gained a greater appreciation for the effect of the drug on immune function. In the 1990s another branch of the network – cellular immunity – was explored. The results were not good as heroin once again suppressed immunity. Even worse, this effect could be sustained for almost two years. This meant even those kicking the habit were still vulnerable to troubles.

This particular piece of evidence was concerning and led researchers to figure out what might be causing these lasting effects. The most likely suspect was inflammation. This was eventually found in animal studies although this did not necessarily mean the same process was happening in humans. For that to be unveiled, clinical trials were needed. Yet, until recently, the only available subjects were those who had died. While the results from cadavers revealed a high level of inflammation, they could not be solely attributed to heroin use.

But the answers may finally be at hand thanks to a group of American researchers. They have revealed the theories about inflammation are indeed correct. The results provide perspective on the real-time troubles occurring with the immune system as well as the potential for disease later in life.

The team performed a trial with 19 heroin users and an equal number of controls. To be certain the results were reflective of only heroin use, all users were shown to be negative for both human immunodeficiency virus and hepatitis C virus. Blood was taken from both these groups and then analyzed for the presence of a variety of immunological cells, proteins, and other markers.

When the data crunching was complete, the theories and experiments of the past were confirmed. There was indeed a change in the antibody population and a rise in molecules known to be involved in inflammation. This of course was expected. But there were a few surprises in store.

In some users, the rise in inflammation appeared to be due to the presence of a microbial factor known as lipopolysaccharide, or LPS. This molecule is regarded as a toxin by the immune system and can lead to long-term inflammatory response. The results suggested bacterial infection or a leaky gut contributed to the worsening state of immunity. This could also explain why recovery of proper immune function takes so long after stopping drug use.

The other factor in the development of inflammation was the presence of several types of fat known as ceramides. These molecules can help to keep the immune system in check and ensure a proper response is maintained. But certain ceramide forms can drive inflammation and they were found in much higher concentrations in heroin users than controls.

By the end of the experiments, the team was able to predict heroin use simply by examining the levels of the various markers. This in itself could prove to be useful in terms of identifying users during drug screens. In addition, this could help to identify individuals who may not be able to respond well to vaccination due to drug use.

However, the real goal of this study was to better understand the effect of heroin on immunity in the hopes of developing better medical treatment. For the authors, the way forward appears to be an exploration of the benefit of anti-inflammatory agents. In essence, curbing the inflammatory effect might help to resolve the action of use. In light of the affliction of addiction in America, almost anything at this stage may help to reduce the trend.