And bad karaoke helped prove it. 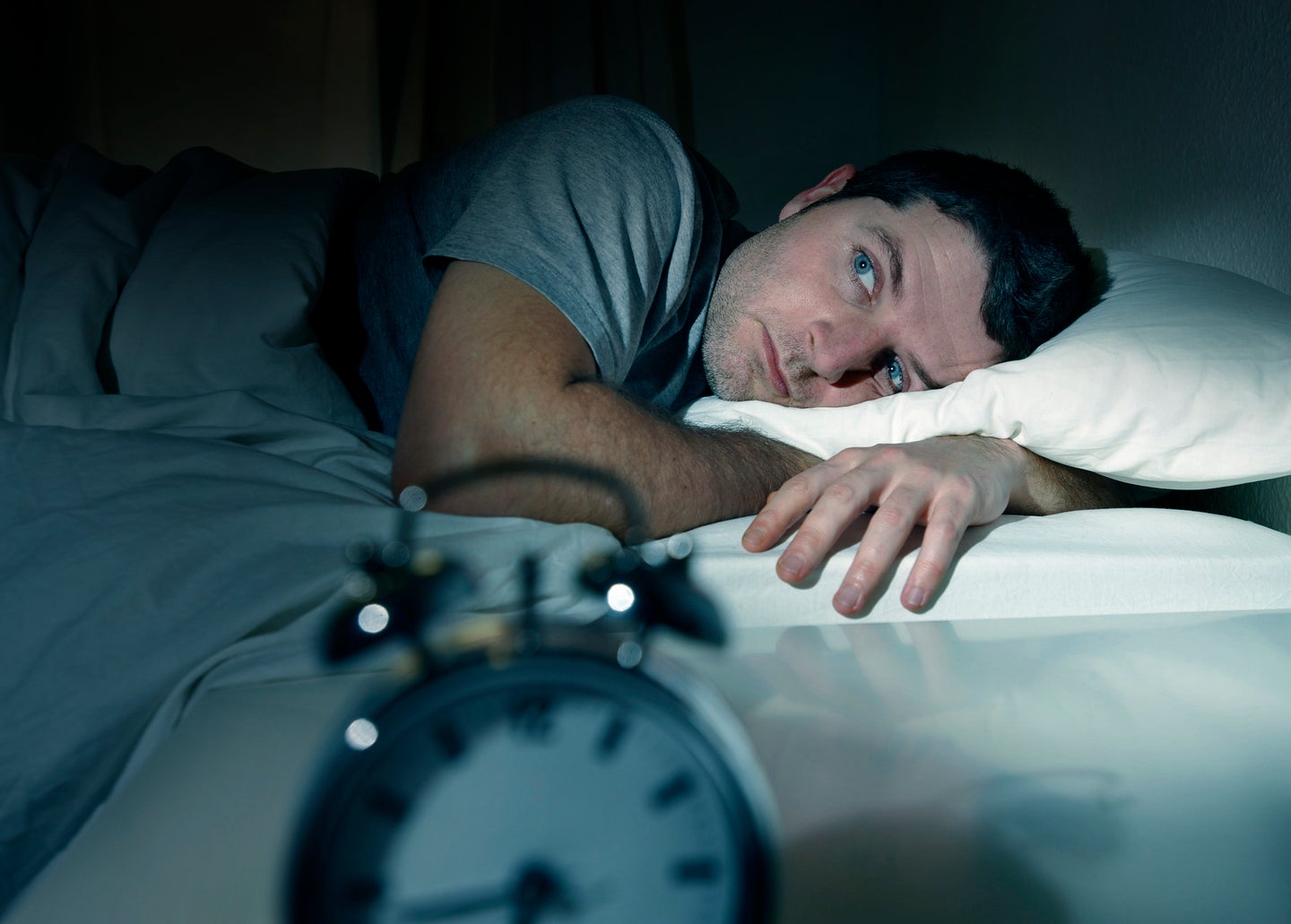 A new study published in the journal Current Biology suggests that a certain kind of bad sleep may be worse than no sleep at all, at least in terms of helping you regulate your feelings. The experiment, which involved bad karaoke, unusual smells, and MRI machines, took a novel approach to the question of sleep’s emotional function. And its results suggest that not all shut-eye is good for us.

“It’s very difficult for people with insomnia or sleep disorders in general to get rid of emotional distress,” says senior study author Eus van Someren, a neuroscientist at the Netherland’s National Institute for Neuroscience. He and his colleagues had previously shown a connection between a specific kind of sleep—REM, which is deep sleep associated with vivid dreams—and the ability to recover from emotional distress. In this study, they worked with 30 test subjects to try and figure out the precise nature of the link.

To test recovery from emotional distress, they first had to create it. The researchers did this by having them sing a slow, difficult-to-nail karaoke song while wearing headphones that played a version of the song very loudly, preventing them from hearing their own singing. “In those circumstances, people usually start to sing out of tune and out of beat,” says van Someren.

They recorded the singers’ wobbly warbles and then made them listen to the playback with no background music. “I was one of the first guinea pigs,” says van Someren, “and I saw the sweat forming in the palms of my hands, feeling miserable about how bad it was.”

A few days later, they brought their test subjects to the MRI scanner and had them listen to the embarrassing tape. Their amygdalas—the part of the brain that van Someren describes as the “siren”—lit up, “indicating that there was really emotional distress going on,” he says. At the same time, they gave their subjects a certain scent, intended to “boost” the memory of that embarrassment the next time they smelled it. Smell and memory are deeply linked, so exposure to odors present during the initial event can help immerse you in recollection.

The subjects spent the night in a sleep lab so researchers could monitor their brain activity throughout. The team also wafted the triggering smell their way during the night. The next morning, the subjects all went back into the MRI and heard themselves sing badly again.

Subjects who had restful, uninterrupted REM sleep—up to 20 minutes of it—were significantly less embarrassed than they’d been the day before. In the real world, this is comparable to when something upsetting happens and you feel better after sleeping on it. But those who had fragmented REM sleep, which is characteristic for people with conditions like depression and PTSD, were actually more embarrassed than they had been on the preceding evening.

While evoking the karaoke experience during REM sleep (via smell) seemed to help those who had an uninterrupted period of REM, it was actively harmful for those who had fragmented REM. As a control, the researchers associated an in-tune singer with a different odor and exposed each participant to that smell as well.

That’s probably because of a tiny area in the brainstem called the locus coeruleus, says Gina Poe, a UCLA neuroscientist not involved in the current study who specializes in sleep, memory, and trauma. This area of the brain produces the chemical noradrenaline—essentially brain-specific adrenaline—and is involved in the fight-or-flight response. It’s always active when we’re awake and when we’re in most sleep states, but it goes dark during uninterrupted REM sleep, for up to 20 minutes. That time is “a really powerful time of plasticity,” Poe says, when the brain can—through dreams—digest what’s happened in the preceding day and move it into the status of a memory, rather than a current experience.

In people who have fragmented REM, however, the locus coeruleus may never turn off. Dreams colored by the rush of noradrenaline actually help keep the embarrassing memory fresh and feeling like it’s just happened.

That’s the theory, anyway: no studies have concretely demonstrated the over-active locus coeruleus problem in humans. This latest paper, which looked at the amygdala rather than the locus coeruleus, is nonetheless the first corollary evidence that this is what’s happening in the brains of people with fragmented REM sleep, since it demonstrates that those who have a period of uninterrupted REM sleep associated with a negative emotion (shame) are able to recover, while those whose REM sleep is interrupted actually get more embarrassed. The most likely explanation for that is noradrenaline, van Someren says.

“We have started to believe that sleep is good for everything,” says van Someren. This study suggests that isn’t always true.