Erase Bad Memories In Your Sleep

Re-exposing people to a fearful stimulus while they slept helped them get rid of their fear. 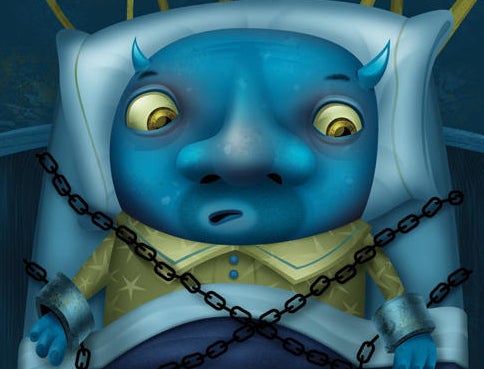 While the body sleeps, the brain is busy filing away the day’s activities, processing memories so they can be recalled later on. Under the influence of Ambien, sleep has been shown to improve recall of bad memories. But new research shows that what sleep giveth, it can also take away: Fearful memories can be extinguished through naptime exposure to a scary stimulus.

A recent study from neuroscientists at Northwestern University’s medical school found that the fearful memories brought up by a specific odor could be reduced by exposing participants to that odor repeatedly as they snoozed. The researchers induced fear, as measured through sweat and fMRI scans, by giving people mild electric shocks. While they were being shocked, the participants saw two different faces and smelled a specific odor for each.

“If it can be extended to pre-existing fear, the bigger picture is that, perhaps, the treatment of phobias can be enhanced during sleep.”Then they took a nap, and during slow-wave sleep, they smelled one of the odors they had previously learned to associate with electric shocks. When they woke up, they showed a smaller fear reaction to the face associated with the odor they smelled while asleep.

“We showed a small but significant decrease in fear,” lead author Katherina Hauner, a neurology post doc who studies odor and fear extinction, said in a statement. “If it can be extended to pre-existing fear, the bigger picture is that, perhaps, the treatment of phobias can be enhanced during sleep.”

This wasn’t the world’s first foray into deleting bad memories. Last fall, a Stanford-based experiment managed to chemically delete fearful memories in sleeping rats. And just last week, a team of scientists from MIT and the Whitehead Institute for Biomedical Research in Cambridge, Mass. pinpointed a gene called Tet1 as critical for the extinction of memories,and suggested that boosting its abilities could allow PTSD patients to forget their bad memories more easily.

The Northwestern researchers say this is the first time emotional memories have been successfully manipulated in humans during sleep, though the study was quite small, with only 15 people. It’s published online in Nature Neuroscience.