Too many antioxidants can give you cancer, and other facts about the misunderstood molecules

And free radicals aren't always bad for you. 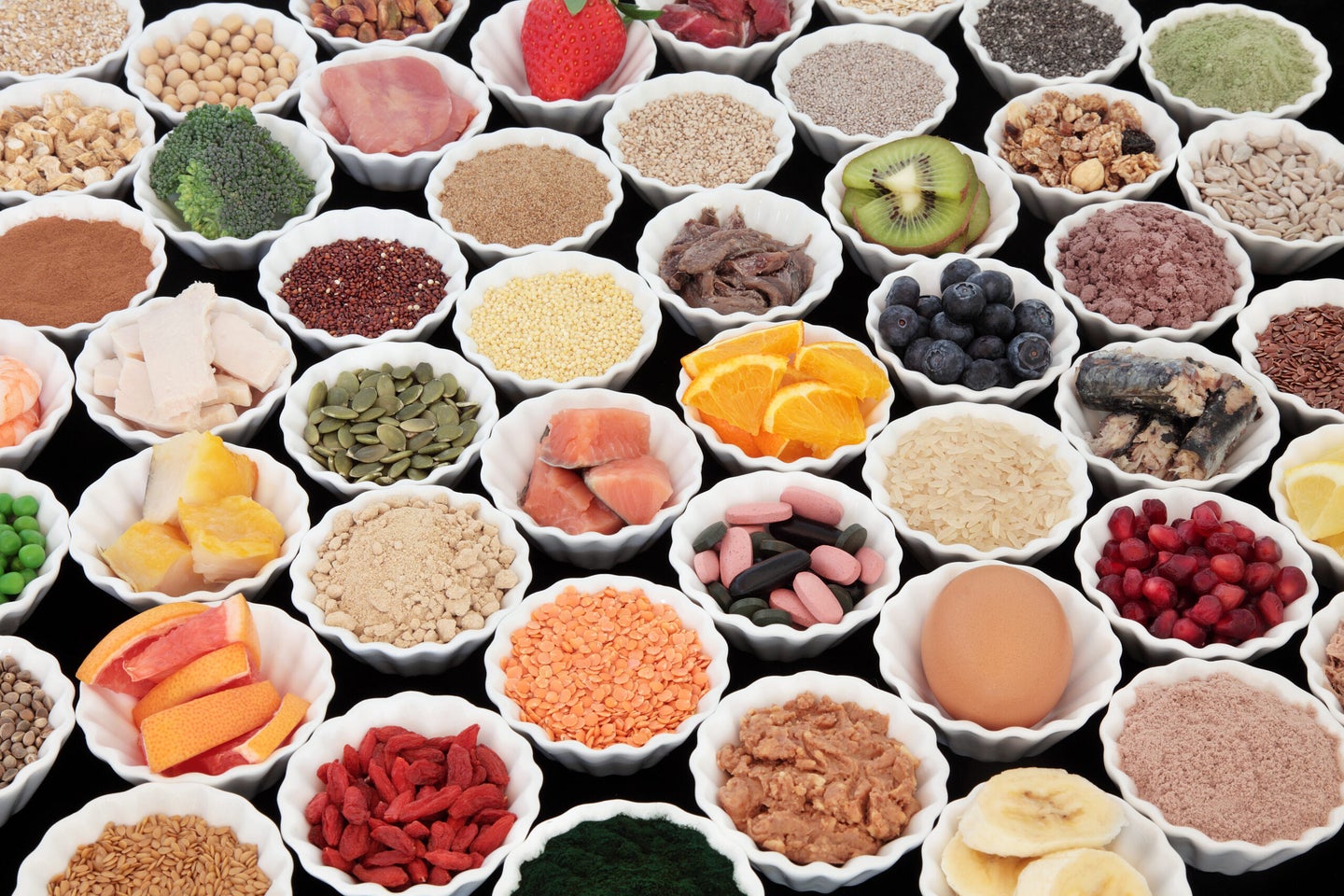 Vitamin E might make lung cancer spread faster—that’s probably something you never expected to hear. We’re used to the message that vitamins are good for us. But actually, the latest news about lung cancer isn’t all that new. Researchers have known for a while that certain antioxidants seems to increase cancer risk, ever since a 1996 clinical trial had to be halted after patients receiving beta-carotene had markedly higher lung cancer rates. Now, a new study in the journal Cell has sussed out exactly how antioxidants—which most of us think are supposed to be healthy—could contribute to cancer risk.

Even if you’ve only seen the word on the side of a blueberry box, you’ve heard of antioxidants. It’s a lot less likely that you have a solid grasp on what they actually are. The companies selling us antioxidants, whether they be produce distributors or supplement stores, have drilled home the basics: antioxidants help fight free radicals. What are free radicals? They’re bad, and that’s all you really need to know.

Except, of course, that’s not all you need to know, because antioxidants and free radicals are a lot more complicated than most people ever realized. When researchers first brought them to public attention in the 1990s, it was because early evidence suggested that free radicals contribute to everything from hardened arteries to cancer. More importantly, people who ate low levels of antioxidants seemed to be at higher risk for developing those same conditions. The food and supplement industries took that early research and ran with it: we needed more antioxidants in our lives.

But since the ’90s, the actual scientific evidence about antioxidants hasn’t been nearly as cut-and-dry as cereal boxes might lead you to believe. In a lot of cases, yes, antioxidants are a positive contribution to your diet—but it some cases, too many can actually cause the very diseases we’re trying to prevent.

What is an antioxidant?

An antioxidant, at least when we’re referring to the nutritional side of things, is any molecule that can act as an electron donor. Feel like you’re back in high school chemistry yet? It’s not actually complicated: a free radical is just any molecule with a lone electron in an outer electron shell. Bear with us for a second, because yes, this is a lot of chemistry jargon, but it’s important in order to understand what’s really going on inside your body.

Electrons whiz around in little clouds around atoms (which are the little tiny building blocks of matter that make up everything but the void), and they vastly prefer to do that in pairs. Sometimes, though, something happens that takes an electron away from its partner—that’s how you get a free radical. It’s just an atom or a molecule with a lone, rogue electron. The problem is that solitary electrons are incredibly reactive, because they’re constantly trying to get another electron to come join them. They’ll do anything to get a buddy, which means free radicals can do a lot of damage inside your body. Stealing electrons from other molecules, whether they be DNA or proteins, alters those structures and therefore alters their function.

Antioxidants perform the crucial function of donating an electron to a free radical, effectively neutralizing it. Sounds pretty positive, right? And mostly, it is. We’d quite literally die without them. But here’s the thing: we’d die without free radicals, too.

Wait, why do we need free radicals?

Sometimes, your body has to kill things. Most of these things are bacteria, viruses, and other invaders, but sometimes it also has to take out your own cells. As they divide, cells accumulate mutations and can start to act funny. Ideally, before they turn into something serious like cancer (which is just cell growth gone haywire), your body kills them. The ways in which your immune system attacks both its own cells and foreign microbes are hugely varied, but free radicals are one weapon in the arsenal. Your immune system is essentially harnessing their destructive power for good. When you get a cut on your finger, one crucial step your body takes to prevent infection is to produce more free radicals in the area. Almost all inflammation in your body involves free radical production, which is one reason that chronic inflammation can lead to a variety of diseases, especially cancer. Over time, that exposure to DNA-damaging molecules results in mutations, and those mutations can accumulate to make a cell cancerous. But in small doses, free radicals are crucial.

In fact, there are inherited diseases in which people can’t produce certain types of free radicals, and they’re often diagnosed when young patients keep getting life-threatening infections from seemingly innocuous sources. They can’t fight off the invaders effectively without these reactive molecules.

Because you need free radicals to function properly, your body produces its own antioxidants as well as recruiting some from your food to keep their numbers in check. But crucially, it maintains a balance. A lot of marketing primes us to think of antioxidants like water-soluble vitamins—you can’t have too many, so take ‘em just in case. Early research may have suggested that, but as biologists learn more about antioxidants it’s becoming clear that more isn’t necessarily better.

How can you have too many antioxidants?

There’s still a lot we don’t understand about this field, but preliminary research suggests a few ways having too many antioxidants can hurt us.

One has to do with that balance we talked about: You need a certain supply of reactive molecules in order to maintain your immune system. Plus, researchers are now realizing that some signaling pathways inside cells are only activated by free radicals. If you’re loading up on antioxidant supplements, you might be throwing your body out of whack and preventing it from doing its job.

Increasing evidence suggests that lung cancer and certain types of melanoma are actually made worse by excess antioxidants. That seems to be because free radicals are, in some ways, actively protecting cells from becoming cancerous. If you’ve got too many antioxidants, they start interfering with those anti-tumorigenic jobs that free radicals are trying to do.

Exercise also seems to rely somewhat on some free radicals to induce a little cellular stress. Preliminary studies now show that taking high levels of antioxidants interferes with the health benefits you get from exercise.

If all of this seems incredibly counter to what you’ve just learned, don’t worry—it felt that way to scientists, too. It’s all quite complicated and still poorly understood, but the most important thing to realize is that we talk about “free radicals” and “antioxidants” as big groups, when really they’re quite diverse. There are many types of both molecules, and each seems to act in a slightly different capacity. Vitamins E and C, for instance, are both antioxidants, but they seem to fill different roles in your body. So just getting more antioxidants as a broad category is kind of meaningless.

What’s more, you actually seem to need a mixture of antioxidants, not just more of one kind.

When antioxidants donate that crucial electron, they’re sometimes left with their own lonely electron. Now they can behave like a free radical. Fortunately, other antioxidants can come along to help them out, and then yet more antioxidants can help those ones out, and so on—it’s a cascade in which they can all help stabilize each other.

Whole foods contain that balance of antioxidants, but when you take a pill of, say, vitamin E, you’re only getting that one molecule. That might be part of why taking supplemental forms of antioxidants doesn’t seem to help prevent diseases.

We know that people who eat foods rich in antioxidants tend to be healthier, which is where this whole craze came from in the first place. Part of that is undoubtedly that folks who eat lots of fruits and veggies (your primary source of antioxidants) also tend to have other healthy habits (and tend to be wealthier and whiter, both of which are big factors in your health). Plus, those fruits and veggies are good for you for other reasons, like their high-doses of fiber and lack of processed ingredients.

But it’s also true that you do need a certain supply of antioxidants, which your body is excellent at extracting from whole foods. Getting a sufficient amount from your diet is definitely an important part of staying healthy—but that doesn’t mean more is better.

There have been multiple huge studies examining whether antioxidant supplementation was associated with decreased risk of everything from cancer to stroke to heart disease, and they’ve pretty much all found that it didn’t matter. Unless you have a deficiency in a particular antioxidant, taking a supplement doesn’t help you. And in the case of lung cancer and melanoma, it could hurt. Yet again, the truth is that there’s no magic ingredient or behavior that will make you healthy: eating a balanced diet and being as active as you can is the best way to lower risk of disease.