Medications could affect how you react to a heatwave

Here's what you need to know. 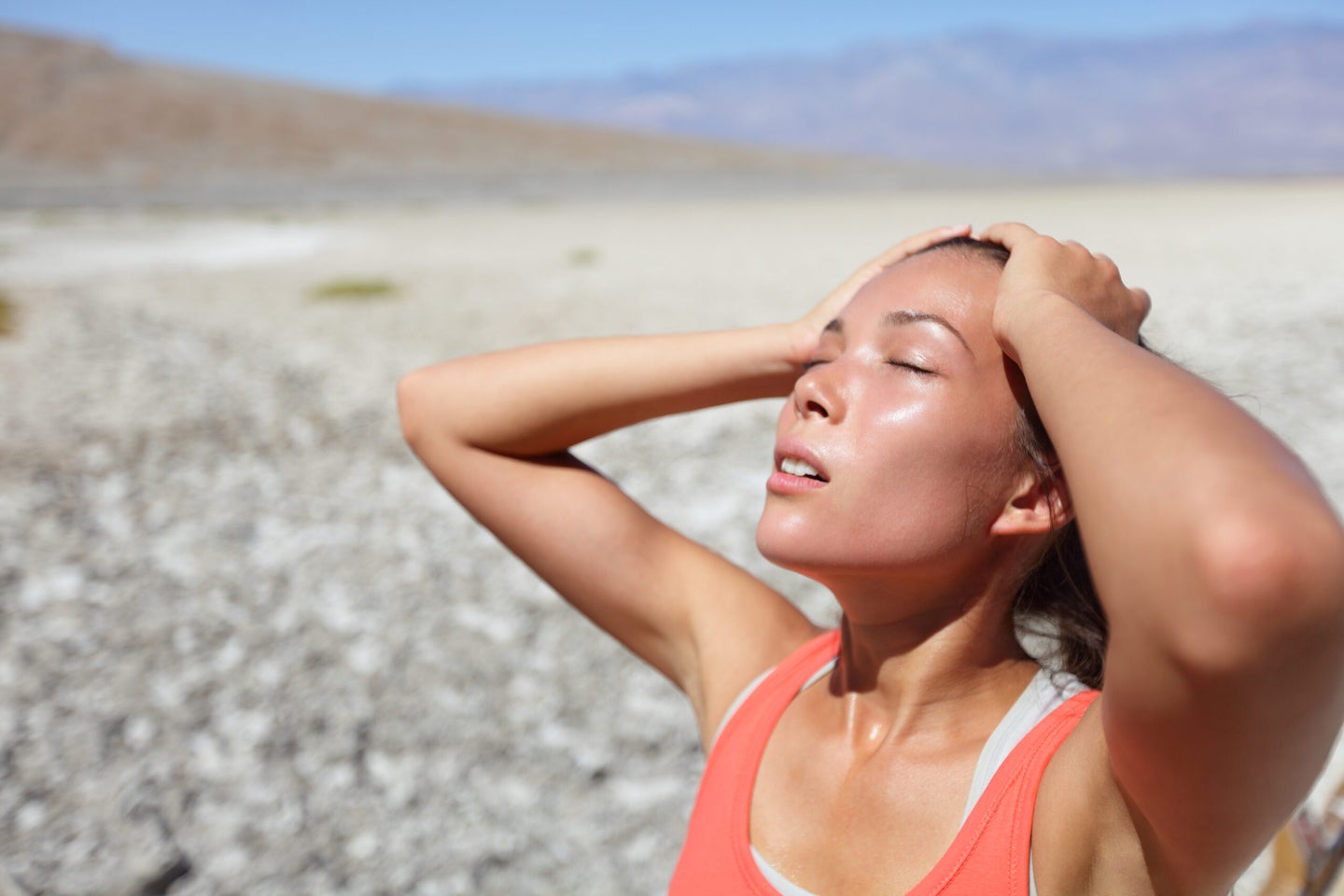 A dangerous heat wave will broil two-thirds of the U.S. in the coming days, shooting temperatures above 100 degrees in cities from Dallas to St. Louis, Chicago, Detroit, D.C., New York, and Boston. The National Weather Service expects between 20 and 30 new record highs will be set today and Saturday, from the Rockies to the East Coast.

Accordingly, heat advisories are in effect across the country, according to the National Oceanic and Atmospheric Administration (which also just announced that last month was the planet’s hottest June on record).

Before you're tempted to say, "it's summer, what do you expect?", consider the forecast highs each day. The dark orange and reds here show where high temperatures will be well above normal. This heat, combined that with high humidity, mean heat index values well above 100 °F! pic.twitter.com/x4pzzdqyTA

During heatwaves, public health officials often warn that the elderly and people with chronic conditions such as diabetes or cardiovascular and respiratory disease are at an increased risk of heat-related illness. Less publicized is the elevated risk for people with mental illnesses, especially those taking medications that can interfere with the body’s attempt to cool itself down. Both the number of deaths and emergency department visits for mental health emergencies spike with hot periods, according to a 2018 review by Swedish health officials.

It’s a challenge for anybody’s body to maintain a stable temperature of 98.6 degrees in extreme heat. Your cardiovascular system adjusts your heart rate and blood pressure to compensate for dehydration, and begins sending more blood away from your core and to your skin, where sweat glands allow for evaporative cooling (sweating). Your renal system carefully regulates your water and electrolyte levels to avoid further dehydration. And your brain continues its executive job, sending you cues (like thirst, tiredness, and warmth) to drink fluids and retreat to cool areas or remove layers of clothing.

When those changes are not enough, your body’s core temperature will keep increasing, which can lead to fatigue, weakness, dizziness, cramps, swelling, nausea, or even fainting.

If your internal temperature hits 104 degrees Fahrenheit, heatstroke sets in, which can lead to dysfunction in your organs and central nervous system; the mortality rate of heat stroke is around 50 percent. In 2018, 108 people died from extreme heat, according to weather-related fatality statistics from NOAA.

Scientific studies spanning decades suggest the risk of heat-related health issues goes up for patients with mental illness or those taking psychotropic drugs. Some of that risk could be attributed to the side-effects of certain medications, but that doesn’t mean anyone should stop taking their prescriptions in order to avoid suffering from a heat stroke, says psychiatrist Elizabeth Haase, who teaches at the University of Nevada.

“You can’t just say outright that psychiatric medications cause heatstroke directly, but they definitely increase the risk,” Haase says “Psychiatric medicines probably contribute to getting there faster.”

According to results published in 2018, researchers in Bordeaux, France, found that the use of certain psychiatric medications were associated with an increased risk of hospitalization for heat-related medical issues during a particularly lethal 2003 heat wave. Another study from 2009 examining the same European heat wave also linked psychotropic drug use and increased risk of death in older people. Other studies—for example, of a 1980 heat wave in St. Louis and Kansas City and a 1995 event in Chicago—have also noted the association between psychiatric medication and risk of heat exhaustion or heatstroke.

But researchers still don’t fully understand the dynamics of psychiatric medications during periods of extreme heat—or why some patients seem more at risk than others.

For some patients, such as those with Alzheimer’s disease, dementia, psychosis, schizophrenia, and developmental disabilities, the awareness and ability to take steps like increasing fluid intake, minimizing exercise, and wearing the right clothing during heat waves could be compromised. But the risk also seems higher for those whose mental illness should have no effect on these decisions.

Medications from amphetamines to antipsychotics, antidepressants, and anticholinergics used to treat Parkinson’s can incite a whole host of side effects, some of which—like impaired sweating, altered sense of thirst, dampened cardiovascular sensitivity, or even increased core temperature—can become dangerous when extreme heat is also a factor.

Research suggests serotonin, dopamine, and noradrenaline are involved in the body’s thermoregulatory processes, which could help explain why certain medicines that regulate those neurotransmitters could pose a risk.

“The neurotransmitter system is very complicated,” Haase says “There is a significantly increased risk with psychiatric medications, but we don’t yet the intracellular mechanisms of these effects.”

Luckily, researchers do have science-backed strategies for dealing with heatwaves.

To keep cool in times of extreme heat, science suggests wearing loose clothing, seeking cool, air-conditioned environments when possible, and forgoing strenuous exercise. Since core body temperature has been shown to rise substantially for every 1 percent of body weight lost to dehydration, it’s extremely important to stay hydrated. Strategically placing ice or cold rags on your body’s pulse points, particularly the neck and forehead, can also help you cool down.

Once temperatures rise above 80 degrees Fahrenheit, it’s especially important for pet owners to take precautions for canine friends whose fur complicates bodily cooling (especially elderly dogs, puppies, and “smush-faced dogs” like pugs or Pekinese who are not as good at panting).

More heatwaves are to come as human-induced climate change goes unchecked. Last summer was also a blistering one for Europe, North America, and Asia, where people died from the heat, wildfires blazed, and infrastructure like roads, train tracks, and power systems buckled or failed. Subsequent research found humans were to blame for the size and number of simultaneous heat waves in 2018.

That means we could face an increasing number of potentially deadly heat waves like the one expected for this weekend. “I don’t think people realize how serious heat strokes are,” Haase says. “People need to realize this isn’t a joke.”