A similar treatment for infertile human couples is still decades off. 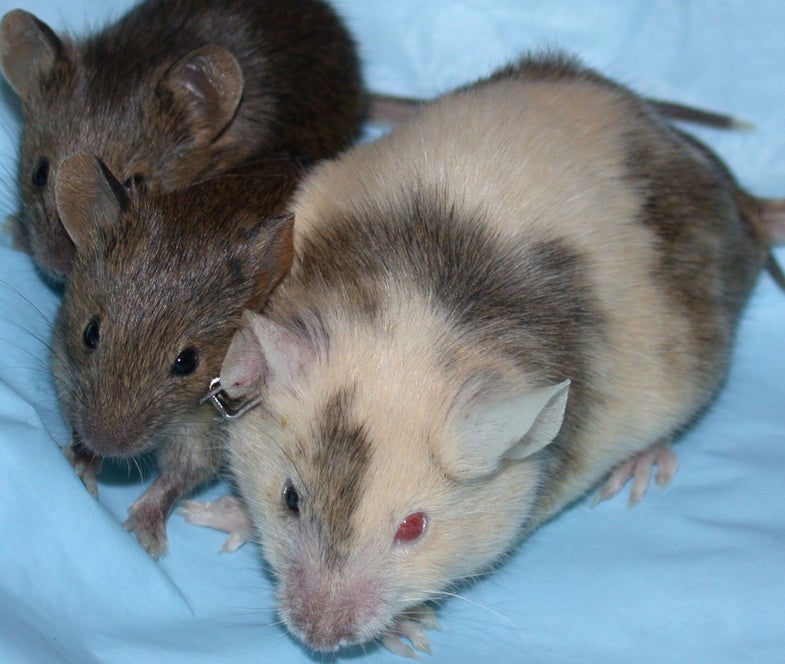 A chimeric lab mouse with her pups. These were not the mice used in the study below. Transgenic Core Facility at the National Institute of Mental Health
SHARE

You may have begun as a spark in your parents’ eyes, but in the Kyoto University lab of Katsuhiko Hayashi and Mitinori Saitou, baby mice begin life as… skin cells.

After a decade of work, the two biologists have developed a way to turn mice’s skin cells into “pre-egg” and “pre-sperm” cells of sorts, Nature reports. The cells are actually called primordial germ cells, with “germ” here meaning eggs and sperm, not germs like the ones you wash off your hands after going to the bathroom.

The Nature feature provides an engaging overview of this very cool technology. It’s a nice long read. We’ll just note one important caveat. The Japanese scientists originally meant to help other scientists, not infertility patients. The primordial germ cells are great for certain genetic experiments, and Hayashi and Saitou figured out a way to make millions of them in the lab. Although their technique sounds provocative, they weren’t thinking about infertile couples wishing to have their own biological children.

However, after receiving about a dozen letters, plus an inquiry from the editor of a magazine for gay and lesbian readers, the Japanese lab is preparing to study whether this could work in humans. It has a grant to study the technique in monkeys.

It will be a long road. Hayashi told Nature that preparing for human studies will be much like starting over from scratch, and that an infertility treatment would not be ready for decades.