Obesity In The U.S., Visualized

A state-by-state view of the obesity epidemic. 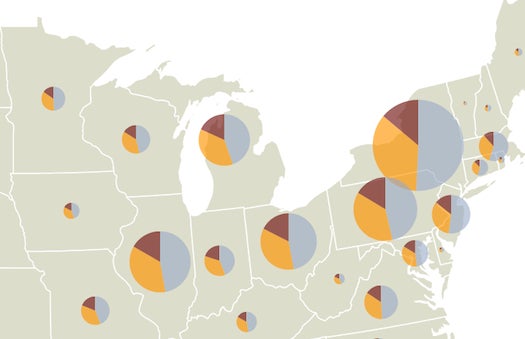 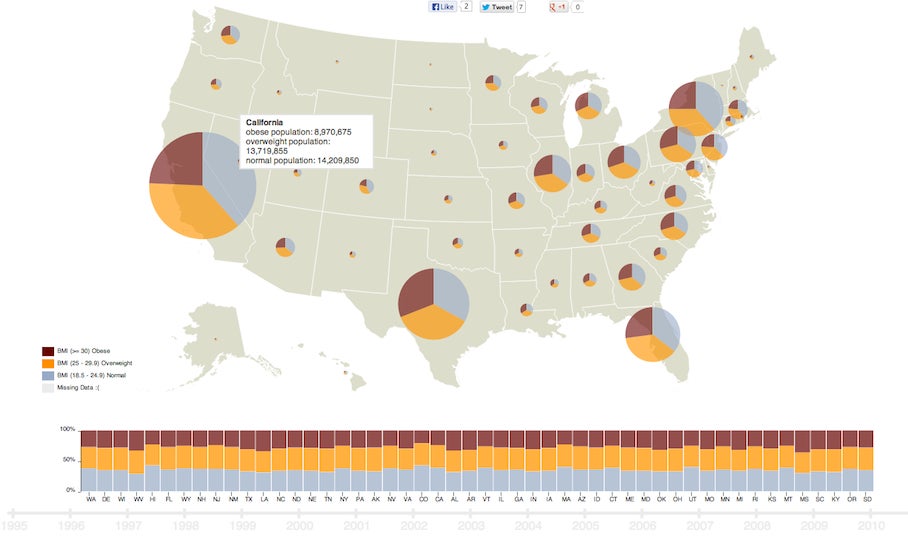 Obesity In The U.S.

Inspired by a recent decision from the American Medical Association to start recognizing obesity as a disease, designer Lih Chen created this infographic, mapping the problem state by state.

Quick note for context: the size of the pie charts over each state only indicate the total population size; California and New York aren’t trouncing every other state in obesity. The pie charts themselves are broken down by “obese,” in purple; “overweight,” in orange; and “normal,” in blue, determined through data culled from the CDC and census. For those states where the pie chart is too small to read, the bar charts at the bottom show the same distribution, but not plotted by total population, only by proportion.

This shows the data from 2011, when the least obese state was Colorado and the most obese was Alabama. But Chen has posted an interactive version showing rates from 1995 to 2011, which you can check out here.