They still get sick and die; they just can't spread the disease 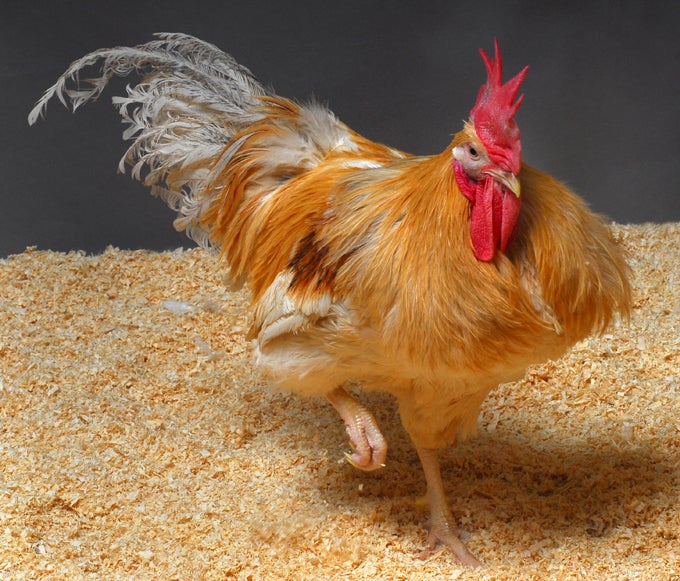 Future chicken cutlets may come from birds that have been genetically modified to resist bird flu, after a breakthrough in Britain announced this week. Researchers have produced chickens that cannot spread avian flu to other chickens, a major step toward protecting birds — and humans — from the deadly virus.

The transgenic cluckers still died from bird flu, however, so there’s still much more to be done before scientists produce a truly flu-free bird.

Generating flu-resistant birds may be more effective than giving vaccinations to an entire flock, said Dr. Laurence Tiley, a veterinarian and lecturer in molecular virology at the University of Cambridge, England, one of the authors of the chicken study. Vaccinated birds may not develop flu, but the virus can still replicate in their bodies and be transmitted to other unvaccinated fowl, he explained in a podcast with the journal Science, which publishes the study tomorrow. Besides, just like with human influenza, there are plenty of strains, and vaccines don’t cover all of them.

The new genetic modification is basically the opposite — birds will still get sick and die, but they won’t pass on the virus to other birds, a major advancement for animals that generally live in very close quarters. The lack of transmission also means the virus will be less likely to spread to people.

“You reduce the likelihood of transmission onto those people who are in contact with them, and therefore reduce the potential of avian flu strains to jump from birds into humans,” he said.

The chickens were modified to express a piece of RNA that acts as a decoy to a key viral enzyme. The polymerase is tricked into binding to this RNA, rather than binding to the virus’ genome and helping it replicate. The result is that the virus does not spread to other chickens.
“It diverts the polymerase away from the job it’s supposed to be doing,” Tiley said.

The decoy is specific to influenza A, which is responsible for the types of flu we all hear about — H1N1, avian flu, etc. — so it wouldn’t be of much use against other pathogens. But the technique could inform disease-resistance research in other species, Tiley said, especially pigs, turkeys, ducks and quail. 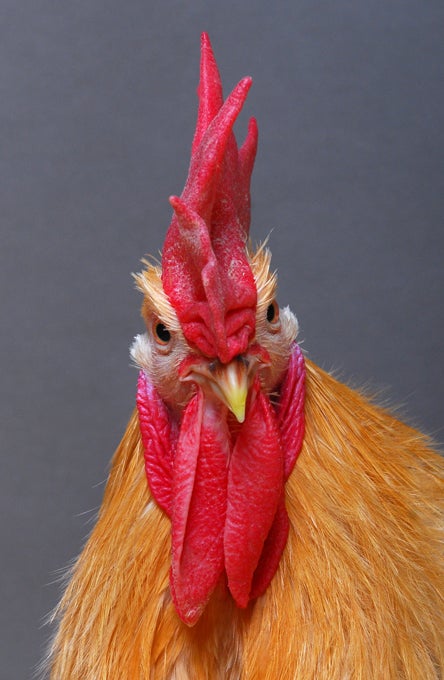 The proof of concept is a major step by itself, noted Helen Sang, from The Roslin Institute at the University of Edinburgh, one of the co-authors. This particular type of resistance could never be achieved through traditional breeding, thanks to the metamorphic nature of viruses.

Genetic modification to resist disease is nothing new to the food supply. Much of the American agricultural industry grows crops that have been genetically altered to resist diseases, pests and proprietary weed killers. But modified animals are relatively newer, in large part because the issue is so controversial.

But even in this country, genetically altered chickens are probably a long way off. GM salmon, which will likely become the first transgenic animal approved for human consumption, has spent 15 years mired in red tape, and the organic food movement has led opposition to genetically modified staple crops like sugar and corn. So it will likely be years yet before butchers start selling transgenic chicken cutlets.