H1N1's family tree, the first analysis of the virus, and safety tips from a guy in a gorilla costume 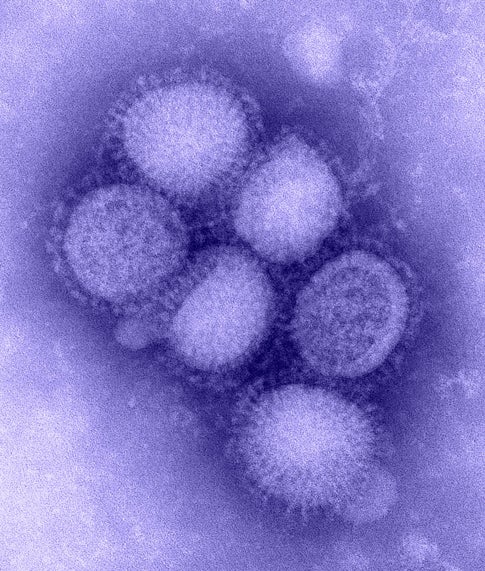 I know, I know. You had moved on. It was fun while it lasted, but you sent H1N1 your breakup mix tape, gave it back the underwear it left in your apartment, and now you’ve started a new relationship happily reading about the new BMW 7-series or possible Supreme Court nominees. Well, unfortunately, swine flu is still out there, and swine flu news wants to get back together. This time, we can make it work.

Yes, despite the feeling that the swine flu story is SO April, there has actually been some important news as of late. The most important news came from a paper published online in Science yesterday. Researchers have completed their first analysis of the outbreak, and the report has some good news and some bad news.

The good news is that that the virus isn’t nearly as deadly as the 1918/1919 H1N1 pandemic flu or the H5N1 bird flu. The bad news is that, based on the spreading patterns so far, the outbreak will almost certainly reach a pandemic level.

This quote from Nature News wraps it up nicely: “It’s a virus that almost certainly will cause a global epidemic,” says study author Neil Ferguson, an epidemiologist at Imperial College London. “But it’s not the catastrophic scenario people were fearing for bird flu.”

The study concluded that if the virus sticks around for flu season in the Northern Hemisphere, about 20 to 30 percent of people will get the flu, up from around the 10 percent infection rate seen in the normal seasonal flu.

Of course, like all models, the mathematical model that produced that 20-30 percent prediction relies on a number of assumptions about very complex systems. Over at Seed, Effect Measure takes a look at those assumptions and breaks down some of the questions in the model.

While Seed and Nature News focus on the future of the outbreak, the Washington Post takes a look at the past of the swine flu. In this article, writer David Brown follows swine flu’s family in Kansas, its hardscrabble climb to the big time in the 70s, its problems with drugs, and finally its big 2009 comeback tour.

And Boing Boing highlights an educational video from the performance troupe The Art of Bleeding. It uses sexily-dressed nurses and a guy in a gorilla suit to answer all your swine flu questions. Frankly, I don’t think its fair. They get to use revealing vinyl outfits and a dude dressed like a monkey to talk about swine flu, and all I get is a blue stained picture from a microscope.

Thanks to all the readers who posed questions in the comments of the last article, and keep them coming!