A Chinese space station is probably falling out of the sky today. Here’s everything you need to know. 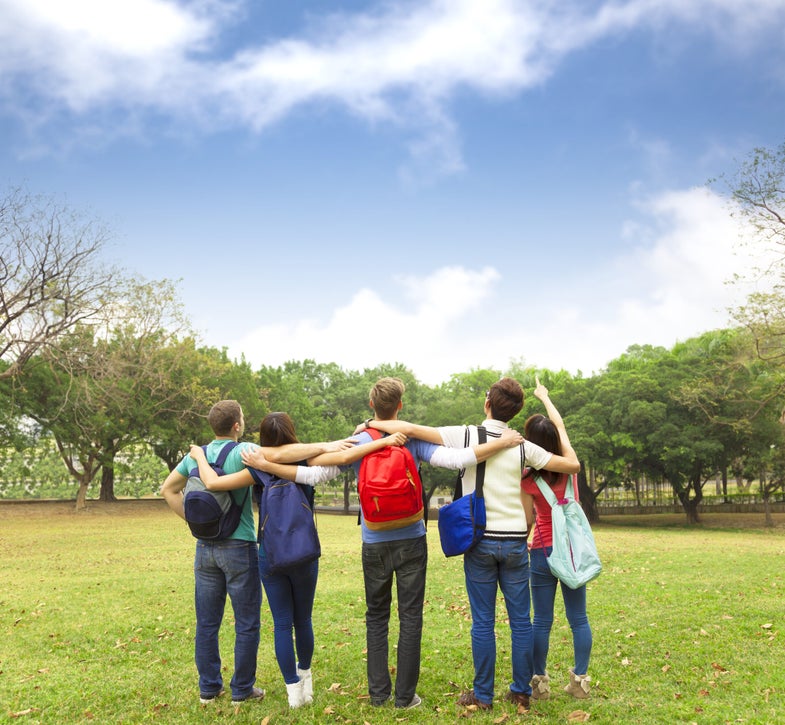 Back in the fall of 2017, outlets started reporting that a defunct Chinese space station—Tiangong-1—was set to return to Earth in an uncontrolled crash at any time. The uncertainty of the event (no, scientists really couldn’t say where or when it would come down) coupled with the classic action movie premise (Stuff! Crashing! Out! Of! The! Sky!) meant this piece of space junk pretty much stayed on your Facebook newsfeed for weeks. At the time, Popular Science told you all that we could: it was too soon to make any real guesses about when Tiangong-1 would hit, and you shouldn’t freak out.

Now the time has come for a real, actual update. Here’s everything we know—now that we actually know stuff.

Tiangong-1 was once a space station, but now it’s basically just a bus-sized hunk of dead space junk. That means there’s no way to control its reentry or descent; engineers on Earth have just watched its orbit slowly bring it closer and closer to the point of no return. But why can’t they just crunch some numbers and pinpoint where the dang thing will land?

Scientists—including a gaggle of them at the European Space Agency (ESA)—have been gathering as much data on Tiangong-1’s location as they can. But it’s hard to forecast the density of the thermosphere (the upper level of the atmosphere), which means it’s also hard to predict how much drag the space station will encounter on any given day. That pull is what’s causing Tiangong-1’s orbital decay (in other words, it’s slowing it down and making it edge closer to Earth), so it’s difficult to know exactly when it will actually slip out of orbit. Given that the space station is still orbiting at a speed of 4 or 5 miles per second—and probably losing more and more bits and bobs as it goes, changing trajectory ever so slightly each time—the fact that we can’t guess its exact moment of reentry means we can’t guess its exact location, either.

In a Friday update, the ESA reported a “noticeable change” in its forecast. The estimated window is still for this weekend, which has been true for several days. But they now suspect the object will come down on the night of April 1 at the soonest, and possibly early on April 2.

The reason behind the shift is pretty interesting. The ESA’s Space Debris Office expected a stream of speedy particles from the sun to reach Earth’s geomagnetic field in the last day or so, which would have increased the upper atmosphere’s density and, by extension, the drag on Tiangong-1. Instead, things have been relatively calm on Earth’s space weather front. With the atmosphere unexpectedly unaffected by solar flares, Tiangong-1 will likely get a little more time in the sky.

Tiangong-1 will reenter somewhere between 43ºN and 43ºS, most likely at the northern or southern edge of that band

If you live anywhere north of Rochester, NY or thereabouts, no space debris for you! We know based on Tiangong-1’s orbit that it won’t come down above 43 degrees N or below 43 degrees S latitude. Anywhere within that band is fair game, but some areas are more likely than others:

According to the ESA, impact is much more likely at the margins of their estimate. From their FAQ: “Because of the low eccentricity and non-polar inclination of the orbit (in other words, because the orbit of the space station around the Earth is circular and at an angle with respect to the equator), the space station spends more time near the edges of the band then it spends crossing the equatorial region of Earth. This leads to a higher likelihood of reentry occurring near the edges of the latitude band, i.e., the top and bottom of the band in the map above.”

No, it’s not going to crash out of the sky in one giant piece

Tiangong-1 is much smaller than some other objects that have crashed to Earth, like the failed U.S. space station Skylab. That 200,000-pound behemoth didn’t hit anyone. Parts of it fell in the Australian Outback, and though some pieces of fairly large debris scattered across a swath of the continent, no one was hit. Experts expect Tiangong-1 to break up in the heat and stress of atmospheric reentry, and say it’s likely any remaining pieces will be small, and scattered over a large area.

Here are nearly 50 objects larger than Tiangong-1 that went through uncontrolled reentries without incident.

No, it’s not going to hit you (unless you get very lucky)

For starters, the world is a big place. Even within the confines of the ESA’s predicted entry point—which, to be fair, includes plenty of densely populated areas—most of the surface area is either ocean or land basically void of human life. Any remaining pieces of Tiangong-1 should be too small to cause much trouble, and the chances they’ll happen to hit areas where people live are slim. The chances they’ll hit a person or thing in those areas are even smaller. The chances that impact will cause injury or death are even smaller. Even within the zone of possible reentry, the likelihood of a person getting hit is smaller than a lightning strike. It’s closer to the likelihood of getting struck by lightning twice in the same year.

Junk falls out of the sky all the time, and no one has ever been killed getting hit by space debris before. In fact, the one known case of a piece of space debris even hitting a human didn’t even cause any injury. The biggest danger is that a large object will cause a shockwave that damages cars and buildings—you’re much more likely to get hit by broken glass because of a big boom than you are to get hit by an old space station or satellite. But this shouldn’t be an issue with Tiangong-1, which will be coming in slower and at a shallower angle than the meteorites that have caused such injuries.

Should you be so lucky as to watch a piece of history fall out of the sky, keep your hands off it. You could get hydrazine, a highly corrosive chemical found in some rocket fuel, on your skin or in your lungs. Just snap a pic and respect the space junk from a distance.

If you’re really worried about Tiangong-1, pretty much all you have to do is stay inside this weekend. Problem solved. Or just go about your regular business, because Tiangong-1 is not going to hit you; it’s probably going to break into tiny pieces and return to Earth without so much as a “how ya been.”

## If you’re very very lucky, you might see it

Okay, so technically Tiangong-1 will give the Earth a nice “how ya been” indeed. It’s just that most of us won’t get to see it.

“If you’re in the right place at the right time, and the sky is clear, it will be quite spectacular,” Holger Krag of the ESA told The Guardian. “It will be visible to the naked eye, even in daylight, and look like a slow-moving shooting star that splits into a few more shooting stars. You might even see a smoke trail.”

Unfortunately, we’re not going to suddenly know with certainty that Tiangong-1 is falling in a particular spot at a specific time. ESA estimates probably won’t ever get more narrow than a window of a day or two, and they could turn out to be totally wrong. In other words, it will be difficult if not impossible to plan an impromptu viewing party.

All we can do is pay a little more attention to the sky than we usually do. It’s always a good idea to take a moment to look up and consider the cosmos, but doing so this weekend could mean catching a glimpse of a phenomenal light show.