Analysis of tree ring data suggests storms have slowed down to dump more water on the Carolinas. 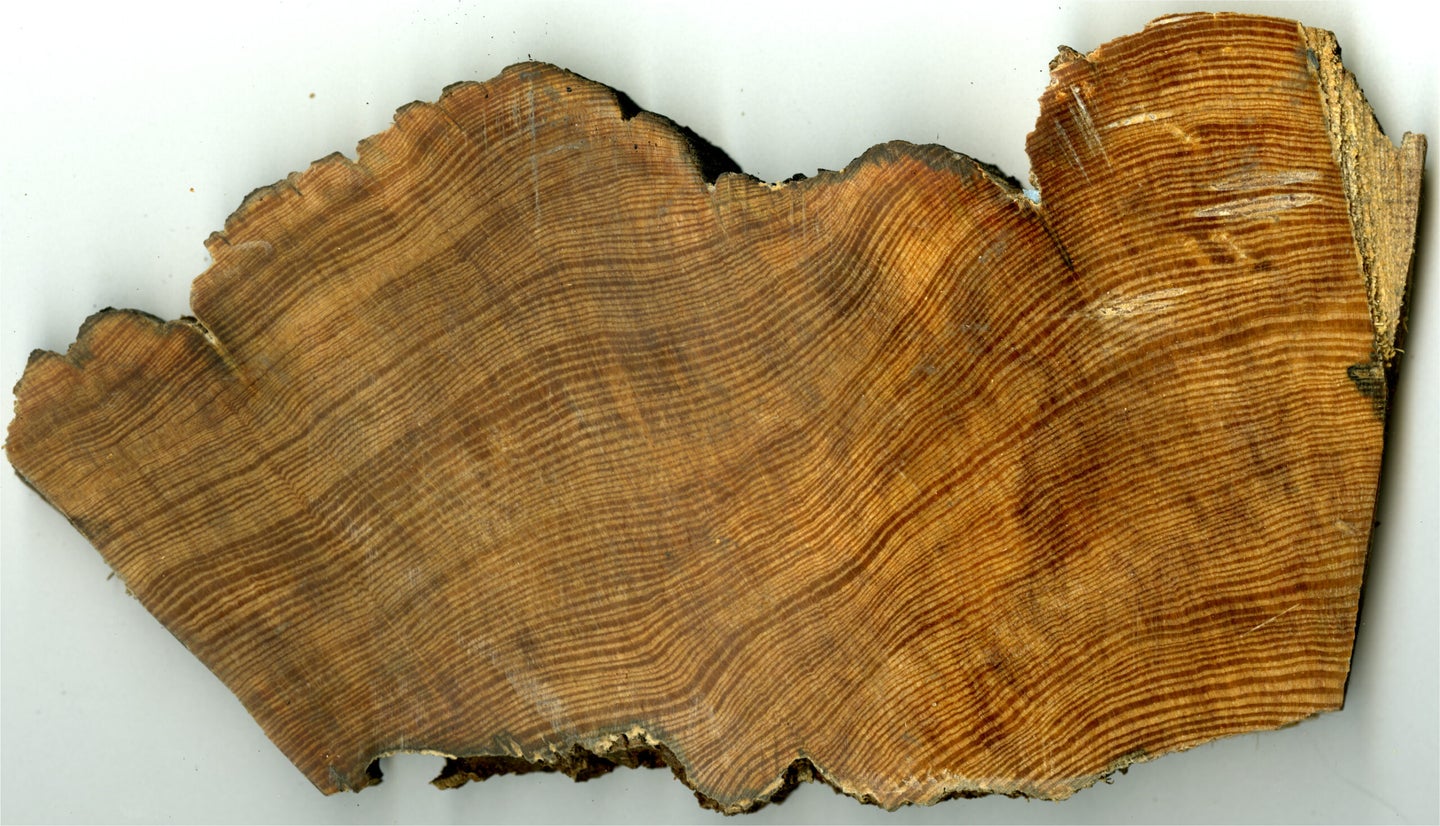 The deadliest and most costly hazards is inland flooding, which is determined by how much rainfall the hurricane produces. Image credit: Justin T. Maxwell
SHARE

Sluggish hurricanes are dumping more rain over the coastal Southeast than in centuries past thanks to climate change, scientists reported this week.

The researchers examined over 300 years of tree ring data to determine how rainfall from hurricanes has changed over time in the Carolinas. They found that extremes in tropical cyclone precipitation have increased between 64 to 128 millimeters (2.52 to 5.04 inches) compared with the early 1700s, mostly in the last six decades. The team published the findings on October 4 in Proceedings of the National Academy of Sciences.

“The wettest years are getting even wetter,” says Justin Maxwell, a climatologist at Indiana University Bloomington and coauthor of the study. “We’re truly in uncharted territory with this amount of rainfall.”

Storm surges and high winds cause plenty of destruction during a hurricane. However, one of the deadliest and most costly hazards is inland flooding, which is determined by how much rainfall the hurricane produces. Two striking recent examples are Hurricane Harvey and Hurricane Florence, which pummeled parts of Texas and the Carolinas with record-breaking amounts of rain in 2017 and 2018, respectively. The storms caused tens of billions of dollars of damage, took dozens of lives, and ruptured lagoons filled with animal waste.

Because of climate change, hurricanes are becoming more powerful, heading farther inland, and moving more slowly. “They’re stalling out and hanging around an area for longer and producing more rainfall than they used to,” Maxwell says. This slowdown is thought to be related to a weakening of the global wind patterns that steer hurricanes.

However, records for rainfall from tropical cyclones in the United States only go back to the 1940s, making it difficult to gauge long-term trends. To peer into the more distant past, Maxwell and his colleagues examined longleaf pine trees growing across seven sites in North and South Carolina. The researchers extracted pencil-sized wood cores from the trees, then examined the tree rings preserved in these samples under the microscope.

Early in the year, longleaf pines produce light-colored wood. Later on, during the period that coincides with hurricane season, they produced darker “latewood,” Maxwell says. The trees also are particularly responsive to rainfall from hurricanes because they grow in very sandy areas.

“It takes a lot of rainfall for the water table to go up [enough] for the trees to be able to benefit and grow a lot more during that time of year,” Maxwell says. Other types of storms don’t produce enough rain to have as noticeable an impact on tree ring width.

Maxwell and his team parsed through records of precipitation from tropical cyclones that passed through the Carolinas from June 1 to October 15 over the past seven decades. The more rain fell, they found, the thicker the band of latewood in the tree ring corresponding to that year.

“We could then use that relationship to go back in time, using those latewood bands [from] before we recorded hurricane rainfall to estimate what hurricane rainfall was like,” Maxwell says. He and his colleagues reconstructed seasonal rainfall from tropical cyclones dating back to the year 1700. When they zeroed in on the wettest five percent of years, the researchers saw that precipitation in these extreme years had increased by 2 to 4 millimeters (0.08 to 0.16 inches) per decade since the early eighteenth century. These impressive rainfall totals could be driven by one or several storms over the course of a season, Maxwell says.

“What used to be a really big year 300 years ago would only be kind of a moderate year today,” he says. “So we’re getting much higher numbers, particularly since the 1990s, of the overall maximum amount of rainfall you can get from hurricanes than we have in the past.”

The researchers also compared their rainfall estimates with records of average hurricane speed and duration in a given year, and concluded that the increases in extreme precipitation they’d observed were caused by storms slowing down due to climate change.

This trend will likely continue in the future, Maxwell says, leading to more storms that “meander around and don’t have a lot of forward motion” and produce torrential rains. Coastal cities will have to consider the heightened risk of flooding from future hurricanes as they plan levees and floodplain designations, he says.

Although the researchers only examined trees along the North and South Carolina coastlines, longleaf pines grow throughout the entire southeast. Maxwell and his colleagues are now investigating how rainfall from hurricanes has changed in other states such as Mississippi. They also hope to push their estimates further back in time by examining wood samples from trees that were cut down in the eighteenth and nineteenth centuries.

“The wood was used to build all kinds of structures, [from] all the way in London to New York and all across the world pretty much,” Maxwell says. “We have these old historic archaeological samples, and if we can combine those with some of the live trees we can build some really long records.”