What is ‘degrowth’ and how can it fight climate change?

The cure for a changing climate could be a stagnant economy. 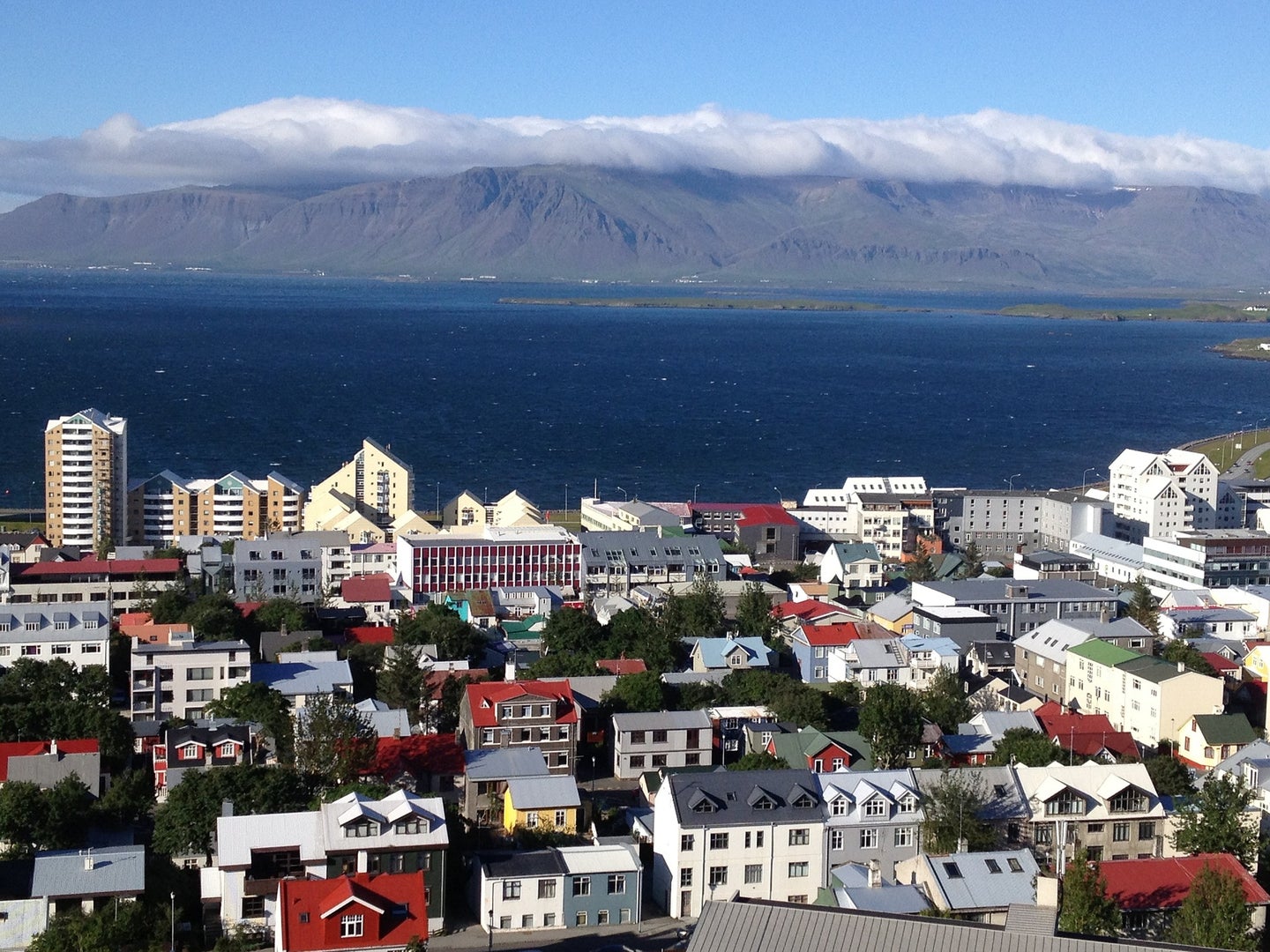 Iceland is one of a few countries that has taken on the degrowth ideal of measuring social wellbeing over GDP growth. Rebecca L from Pixabay
SHARE

There’s no other way to put it—as climate change envelops more and more of our daily lives, we are going to have to change the way we live. That will mean prepping for weirder weather, shifting our diet, and using cleaner energy. But, a growing economic idea is also brewing: Could a slower-growing or stagnant economy be the key to combating climate change?

“With more economic growth, climate mitigation is more difficult to achieve, because with it comes increasing energy and material use, which in turn needs decarbonization,” says Lorenz T. Keyßer, an environmental systems and policy graduate student at ETH Zurich and author of a recent study in Nature on how the economy and climate are intertwined. “So this is like running up a downwards accelerating escalator.”

It’s no secret that most of the world’s biggest polluters tend to be those with the fastest-growing economies. And some experts argue that green growth—the idea that we can keep fostering a growing economy but, at the same time, lower emissions and use our resources more sustainably—could be the answer. A key part of green growth is what’s called “decoupling”—tearing apart that bond between more growth and more emissions. That’s a lot harder than it sounds. Studies upon studies have shown that decoupling our economies from emissions is a lot harder and happens a lot less than it seems.

“‘What these [studies] have shown is that green growth is not happening, or it’s happening in very few countries,” says Timothee Parrique, an ecological economist and author of a 2019 paper on green growth.

Some countries have shown a bit of success in terms of green growth and decoupling, such as the UK which is “lauded to have achieved the fastest experience of decoupling on Earth,” Parrique says. But even success is complicated, and it’s not happening nearly at a quick enough rate to comply with the Paris Agreement.

So, where does that leave countries with big, growing economies? Ecological economists argue there is a way for these nations to lower their environmental footprint while maintaining the wellbeing of their residents. Dubbed degrowth, it’s a concept of planned and thought-through reduction of energy consumption and natural resources use in big-emitting countries, by-and-by slowing down the growth of the economies. Keyßer’s study, published in Nature in May of 2021, found that degrowth is likely essential to keep climate change limits under 1.5 degrees Celsius.

While there is still a lot of debate about how degrowth compares to our current economic system as a plan for the future, here’s a breakdown of what the once-fringe idea means for the future—and for you.

Degrowth, at its essence, is an alternative to capitalism, Parrique says. But what it absolutely is not, he says, is a planned recession on purpose. Not only does pausing economies for a moment do pretty little for the climate crisis (look how ineffective COVID-19 was at reducing emissions long-term), but it also hits the poorest and most vulnerable people first.

Parrique says to picture economies like people with metabolisms—when you’re young, you need to eat lots of food, and as a result, produce lots of waste, to get big and strong. But if you keep eating like a rapidly-growing human well into adulthood, that’s probably not the healthiest way to be. As an adult, it makes more sense to balance out your diet for sustaining your body’s current needs.

[Related: What companies really mean when they say they’re ‘net-zero.’]

For big economies like the US, Parrique says, the economy has been a grown-up for quite some time, and yet it’s still eating a whole lot. So not only are there some serious issues with the economy (income inequality, an overworked workforce, rising costs-of-living without rising pay), it’s eating into resources way more than necessary and literally running out of places to put the waste.

But a recession won’t solve these issues, and might even create new ones. A recession is like a crash diet—trying to eat so few calories that the second it’s over, you’re back to unhealthy habits, sometimes at an even more intense level than before. Degrowth, on the other hand, is like finding that sustainable, healthy diet, and sticking to it.

Is that possible? While it may seem weird to think about a world where GDP growth isn’t super relevant, Parrique adds that economic growth has only been at the forefront of our minds as a positive measure since the 50s and 60s after World War II.

“We’ve had one hundred years of a very strange obsession with GDP numbers, and now we need to realize perhaps we went a bit too far,” he says.

Jason Hickel, an economic anthropologist at the London School of Economics, adds that degrowth doesn’t have to be applied to everything all at once. After all, there are certain economies—like renewable energy and public transit—that need to keep growing for a healthy, sustainable future. But the industries for private jets, industrial beef, fast fashion, and gas-guzzling automobiles can slow down, he says.

“There are huge chunks of our economy that exist exclusively to pump up corporate profits and elite consumption and are totally irrelevant to human well-being,” Hickel says. “Ecological economists call for us to abandon growth as an objective, reduce inequality and reorganize the economy around improving livelihoods and well-being rather than around capital accumulation.”

So, what about innovation?

In stories about the climate crisis, you may often bump into the idea of future innovations that will save us all—perhaps by making processes more efficient so we can keep our lifestyles pretty much the same but still avoid the worst of climate change impacts. But if you look around at the world today, climate change isn’t some looming idea—it’s happening in the US and everywhere else in the world at rates that are challenging our infrastructure, food systems, and more.

Innovations have been one of the main components for sticking with green growth over the past few decades, Parrique says, which is more or less business as usual. In reality, for every “eco-innovation” that comes along, even more patents are being filed for traditional, or extractive technologies.

But, degrowth doesn’t mean halting innovation. Rather, it means regulating what resources and emissions we use.  If sustainability were broken down into two components—sufficiency and efficiency—degrowth is one way to make sure we are sufficient on the resources we have, while still working towards efficiency in the sectors that need it, he says.

“The less energy we use, the easier it is to decarbonize,” Hickel adds. “So the idea is to scale down unnecessary forms of production and consumption to reduce our energy use, thus making it possible to reach zero emissions much more quickly.”

What would a degrowth economy mean for you?

One of the negative reactions to degrowth is the idea of sacrifice, Parrique says. But in reality, unless you’re one of the richest people on earth, a more democratized, balanced economic diet will likely be a positive thing for you.

Think of it like a buffet—for a while, the big guys have been consuming more food than they need. But in a degrowth scenario, hungry, still-growing economies can access what they need from the table while the big economies can munch on just enough to keep healthy and happy. So, for the little guys, whether that be developing nations or even people in big countries with lower incomes, that means a heavier plate of food.

Considering the richest 10 percent of the world accounted for 52 percent of the greenhouse gas emissions pushed into the atmosphere between 1990 and 2015, these folks are going to have to fly less, consume less, and in general completely switch around their lifestyles. But for the rest of the world, especially the lowest-income communities, more access leads to more well-being on a personal and community level.

Some countries have already committed to looking at well-being ahead of GDP as a factor of success—take Scotland, Iceland, and New Zealand. And even for high-income folks, there’s still a lot of debate around how much money buys happiness (some scientists have put that magic number of peak happiness income is around $75,000 but not everyone is on board), so perhaps instead of wondering how much money can you make, focus on what you need for your wellbeing. In that light, working less, for example, may be an opportunity—not an obstacle.

“What are we really sacrificing?” Parrique says. “Rather, I think we have things to gain.”