Do earwigs really live in our ears?

Legend has it that these pincered insects crawl into people's heads and cause deafness or insanity. Here's what doctors and entomologists have found out. 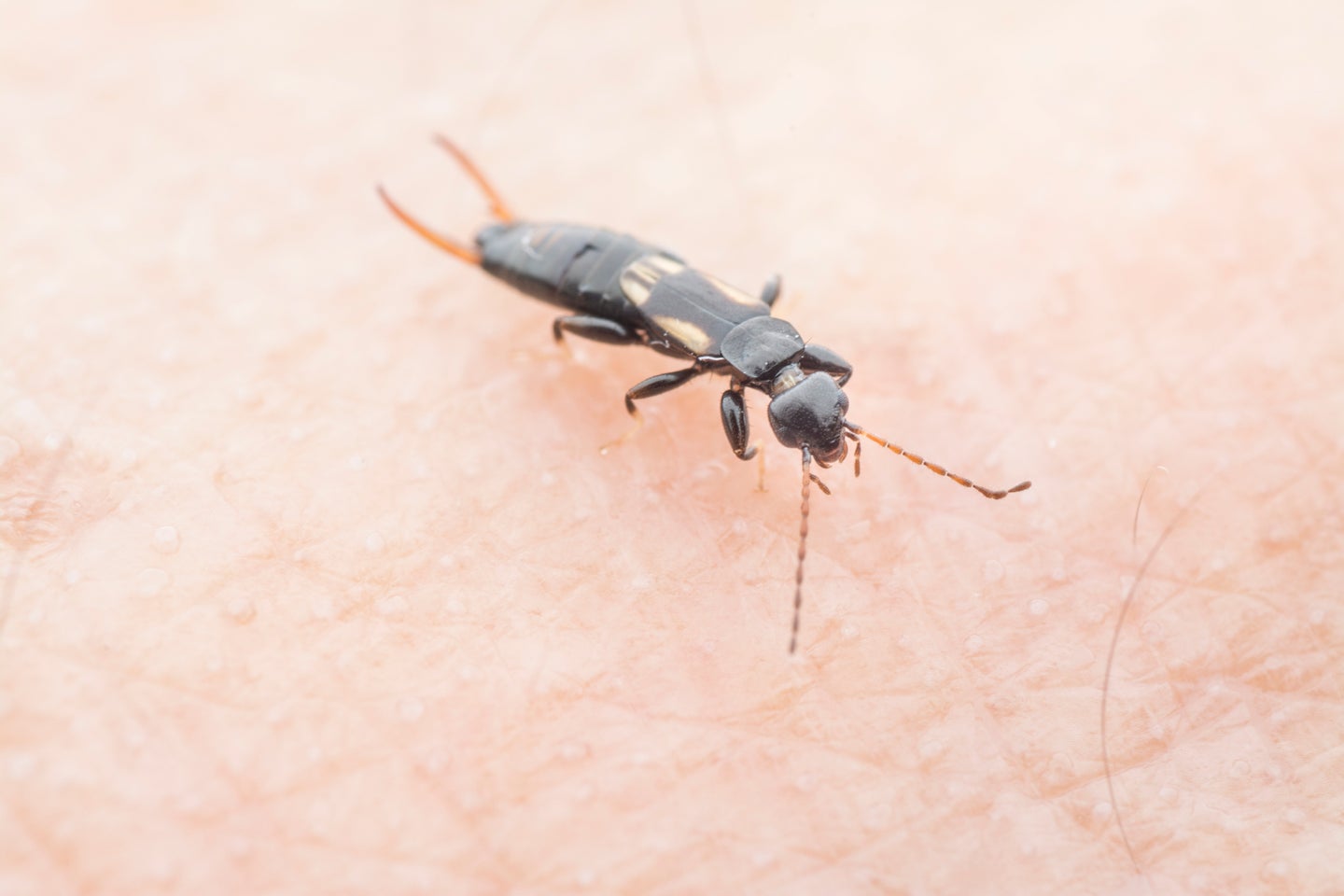 You're much more likely to have a cockroach living in your head rent-free than an earwig (shown above). Deposit Photos
SHARE

As a kid, you might have first encountered earwigs as a kind of playground mythological creature. Although the tiny, wriggling insect lives in the same wood-chip hideouts as pill bugs and other creepy crawlies, the story goes that if you’re not careful, it will take up residence in the deep recesses of your ear canal.

The legend, it turns out, isn’t confined to the playground. A surprising number of medical journals, entomologists, and ethnographers have written about the earwig, and tend to trace the name back hundreds or thousands of years. Depending on who you read, it either comes from a myth of central European or Old English origins where earwigs “crawl into the ears of sleeping persons,” and from there, the brain, perhaps to cause insanity.

But while accounts in medical journals emphasize the scattered reports of earwigs in their namesake organ, entomologists stress that the idea makes very little sense, given what we know about the animals.

While the earwigs, an order of insects with 2,000 different species on six continents, do use their admittedly alarming-looking pincers, or forceps, to hunt and hold one another during mating, they’re too small to pierce human skin. Mostly they eat plants, grabbing dead or slow-moving bugs only when the opportunity presents. (A few types of earwigs suck on rat blood, but those look substantially different from the playground burrowers.) They like small, wet crevices, and when they shelter in houses, often over the summer, they tend to favor basements and floors rather than beds. And though it might seem like a snug tunnel in the side of the head suits the insect’s needs, earwax is actually a fairly effective pest repellent—to the point that at least one paper has discussed its potential as a DEET replacement.

The myth also spans the world. In German, earwigs are called “earworms”; in French, “ear piercers.” A 2016 survey of modern central European insect folklore reported that the critter “climbs in your ear and drills it,” at times causing deafness. That seems to reflect a much older backstory, with some writers attributing it to Pliny the Elder’s Natural History, published in the first century CE.

Writing in American Entomologist in 2007, decorated University of Illinois insect ecologist May Berenbaum noted that although there are case reports of earwigs found in people’s ears, they’re few and far between—so rare, in fact, that even a 1783 dictionary was skeptical of the etymology, describing it as “an instance of such an accident was perhaps never known.” In the 1970s and ‘80s, two reports from Arizona purported to expose earwigs in their namesake habitat. “A light sleeper,” wrote a Phoenix doctor in 1986 of his 8-year-old daughter, “she had been aroused ‘by the sound of little feet.’” Looking in her ear, he spotted what he described as an earwig, which, under the light of his otoscope, “cautiously emerged.”

Since then, at least one more case has made it to press. In 2021, a team of doctors at a university hospital in Seoul treated a 24-year-old who presented with tinnitus and was “very agitated.” The physicians were able to remove the six-legged culprit with tweezers, and the patient suffered no lasting harm. Before they did so, however, they took a video of the insect, producing the world’s first footage of an earwig in an ear.

“This lends credence to an ancient myth,” the Phoenix author concluded. That said, it seems that if earwigs were regularly holed up in ears, science would have more evidence of it.

Or would it? Perhaps, the Korean medical team wrote about their finding, earwigs are being overlooked in the flood of other things doctors pull out of human ear canals: “Considering that clinicians meet many patients who have insects in their ears at the clinic, the present case may not be that [rare].”

After surveying the literature around bugs in ears, Erenbaum concluded that cockroaches are by far the most common culprits—probably because they’re around people all the time. In fact, she noted that “of all the arthropod fauna reportedly found in ears, earwigs are conspicuous by their absence.”

But that doesn’t rule out the historic stories entirely. Maybe the straw of a medieval mattress would have been a more attractive home for the insects—and from there, the ear. Hungarian lore—which, its cataloguers pointed out, is often quite precise in describing the behavior of other invertebrates—holds that if one were to hang a coat from a tree, earwigs might take up residence.

Bear in mind that writing on earwigs is often colored by how the author wants readers to understand the animals, either as part of an ancient legend or a misunderstood scavenger. Take the often-cited reference from Pliny the Elder: The actual passage instructs a reader that, if they discover a living object in their ear, another person may spit into the orifice to evict the occupant. Sometimes the intruder is translated as earwig, sometimes as insect. Maybe the point is that any bug can be an earwig if you let it get too close to your ears.